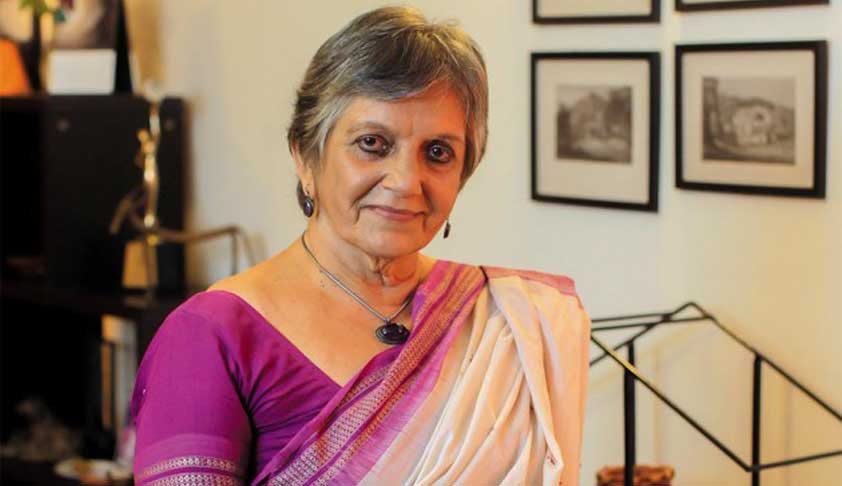 Lawyer and women’s rights activist Ms. Flavia Agnes has submitted a model Nikahnama before the Constitution Bench of the Supreme Court, which had on May 18 reserved its verdict on several Petitions which had challenged the Constitutional validity of triple talaq.Emphasizing on the need for a standard Nikahnama, Ms. Agnes submits, “It is submitted that if a standard Nikahnama is made for...

Lawyer and women’s rights activist Ms. Flavia Agnes has submitted a model Nikahnama before the Constitution Bench of the Supreme Court, which had on May 18 reserved its verdict on several Petitions which had challenged the Constitutional validity of triple talaq.

Emphasizing on the need for a standard Nikahnama, Ms. Agnes submits, “It is submitted that if a standard Nikahnama is made for all Muslims to use at the time of solemnization of marriage, it will be an effective way of protect women against instantaneous and arbitrary triple talaq. Such a Nikahnama will not violate the essential character of a Muslim marriage being a contract between two consenting parties. Adding conditions for protection of a Muslim wife during her matrimonial life does not in any way violate provision of equality under Article 14 as it is protected under Article 15(3). Such conditions were deemed to be necessary because of the overarching power a husband has in all patriarchal cultures.”

In her submissions, Ms. Agnes advances the view that Court may lay down the correct procedure for a Muslim husband to divorce his wife and the same may be binding on all Muslim husbands. This view has been supported by the fact that several High Courts have already followed the law laid down by the Apex Court in the case of Shamim Ara v. State of UP, (2002) 7 SCC 518, wherein the Court had invalidated arbitrary and instant triple talaqs and talaqnamas, while upholding the rights of women to claim maintenance.

She then goes on to express apprehension about the position advanced before the Court that all proceedings with respect to dissolution of Muslim marriages must be only under judicial scrutiny, and must be adjudicated before a Civil Court. Asserting that a large number of women prefer to approach informal dispute resolution fora, the submissions state, “The process of obtaining a judicial divorce has been extremely traumatic for women. Women find the procedure of formal courts expensive, long drawn and contentious and are generally scared to approach the courts for resolving their matrimonial disputes. Most women lack the resources to approach formal courts. Though legal aid is available, the quality of legal aid is very poor and the fear of exploitation by lawyers is very high. So women prefer to approach private lawyers and here too there is very high exploitation of poor women from vulnerable sections of society.”

Ms. Agnes further brings to the notice of the Court that due to poverty, illiteracy and an alien atmosphere of Courts, most Muslim women prefer to approach Darul Qazas for resolving their disputes. She further relies on a research conducted by the National Academy of Legal Studies and Research (NALSAR), to bring fore the need for such Darul Qazas to exist, for women to get quick and easy resolution of disputes.

“The Applicant humbly submits that any ruling of this Hon’ble Court that all Muslim divorces must take place under judicial scrutiny will take away the essential character of a contractual Muslim marriage where the contract is between two consenting individuals and cause further hardship to Muslim women,” the submissions thereafter state.

Ms. Agnes asserts that the concern is not whether talaq is pronounced instantaneously or over a period of three months, but whether Muslim women have sufficient legal awareness about their rights and are able to negotiate for these rights in judicial or non-judicial fora. She suggests that the State should conduct legal awareness programs in order to disseminate information with regard to basic human rights of women and rights within the family and matrimonial relationships.

She thereby submits, “In view of this the Applicant submits that Respondent Nos. 1 and 2 be directed to set up effective mechanisms for helping poor, marginalized and vulnerable women to access courts for protection of their rights and provide prompt and effective legal aid under the Legal Services Authority Act, 1987 to all needy women, and more specifically to Muslim women, to help them to secure the rights granted to them under various statutes.”

You may read: 10 Sidelights of Triple Talaq Hearing in SC by LiveLaw News Network