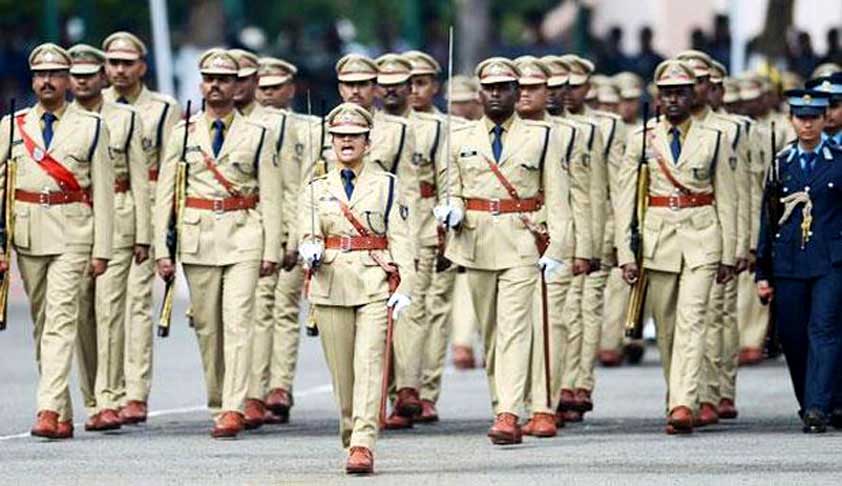 HC directed the Govt. to ensure that a police personnel does not work for more than eight hours at a stretch.Observing that police is the primary agency of the criminal justice system which protects human rights, the Uttarakhand High Court has directed the State to improve their working and living conditions and overall well-being to ensure efficient and people-friendly policing by...

HC directed the Govt. to ensure that a police personnel does not work for more than eight hours at a stretch.

Observing that police is the primary agency of the criminal justice system which protects human rights, the Uttarakhand High Court has directed the State to improve their working and living conditions and overall well-being to ensure efficient and people-friendly policing by making amendment s to give at least three promotions to a police personnel in entire career, not making them work for over eight hours at a stretch, appoint dedicated doctors and psychologists for police personnel, ensure recreational facilities at police stations and a housing scheme for the police force.

A bench of Justice Rajiv Sharma and Justice Sharad Kumar Sharma passed the directions while deciding a PIL filed by Aun Kumar Bhadoria seeking better conditions of service for the police force in Uttarakhand, including that of constable, which is the lowest level of recruitment to the force and is often subjected to humiliation by seniors and public with not more than one chance at promotion to head constable.

Bhadoria had also made representation on the issue before the Chief Minister in 2013 and also the Chief Justice in the year 2014 before coming to the high court.

“Most of the health problems occurred due to occupational hazards attributed to long hours on job. The long duty hour takes a toll on the morale, motivation and self-esteem of staff. The overall frustration manifests itself in the offensive conduct and behavior with the public at times. It is the duty cast up the State to make provisions for securing just and humane conditions of work under Article 42 of the Constitution of India,” said the bench.

While deciding the PIL, the court noted the submission of the state that as per Section 42 of Clause No.1 of the Uttarakhand Police Act, 2007, the police officers are supposed to work for 24 hours. The police officers get one month’s additional salary as per Government Order dated 09.09.1979 in lieu of not availing Gazetted holidays. The Non-Gazetted police officers are given causal leave for 30 days in a year. It is further averred that to maintain law and order, the police department has taken the duty from the police officers for eight hours a day approximately, which is necessary to discharge the government liabilities.

Court takes note of poor state of constabulary, the first interface with public

The bench took strong note of the sorry state of constable in the police force where the post is devoid of any dignity.

“According to the observations of the second Administrative Reforms Commission, constables have become ‘machines’ carrying out the directions of their superiors with little application of mind or initiative. There is constant political interference in transfers, placements and crime investigation, long and difficult working hours, the menial duties they are often forced to perform as orderlies to senior officers, and the emphasis on brawn rather than brain in most situations. A constable devoid of dignity, lacking opportunities for vertical mobility, constantly pressurized by superiors and politicians, often not liked by the public and habituated to easy recourse to violence and force cannot generally be expected to sustain his/her self-esteem or acquire the professional skills to serve the citizens.

“The constabulary is usually the first interface of the police with the public, any reform to be meaningful has to begin at this level. Radical improvements in the recruitment, training, emoluments, working and living conditions are essential to improve their morale, reduce their frustration and increase their professionalism,” it noted.

The bench ordered that the state government should develop psychological tests for the police force. There should be constant evaluation of the performance, attitudes and behavior of all recruits during training.

Taking note of the stress that comes with VIP bandobust, the complexity of crime work, shortage of manpower in police stations, disorganized functioning of police stations, diversion of manpower on ‘attachments’ and other duties not related to police station functions, inadequate infusion of technology and nonavailability of technological tools/aids, the bench said the police force should be provided one month’s additional salary in lieu of working overtime, as also on holidays and during their weekly off days. The police force should adopt shift system.