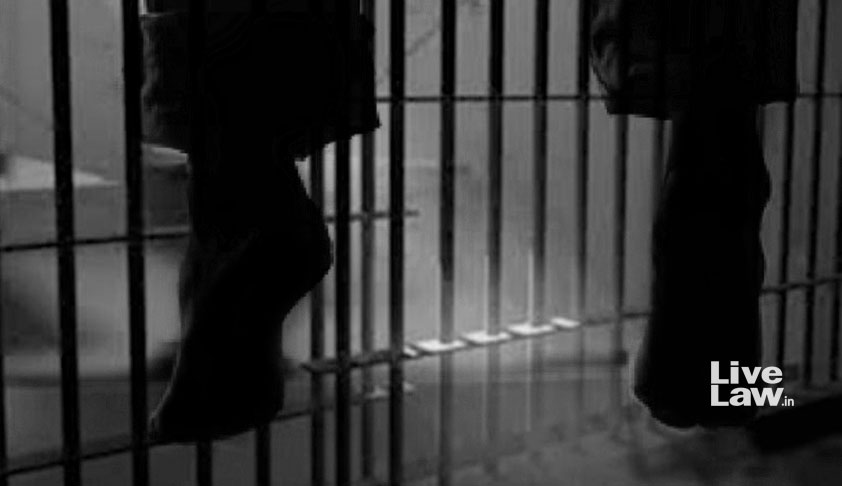 The Supreme Court bench of Justices Madan B.Lokur and Deepak Gupta, on August 10, heard Amicus Curiae, Gaurav Agrawal and senior advocate, Colin Gonsalves suggest various measures to reduce unnatural deaths in prisons across the country.Agrawal began saying that the distinction between unnatural death and natural death in prisons is not clear, and that there is a mismatch between the...

Agrawal began saying that the distinction between unnatural death and natural death in prisons is not clear, and that there is a mismatch between the data released by the National Human Rights Commission (NHRC) and the National Crime Records Bureau (NCRB) on the subject.

The NHRC steps in if magisterial enquiries, and video evidences point to suspicion of foul play and awards compensation, he told the bench.  He wanted the bench to strengthen the NHRC’s mandate in this regard.

70 per cent of unnatural deaths in prisons documented by the NHRC are suicides, Agrawal noted.   Among other things, more prison staff is required to ensure that death rate in prisons is lower, he suggested.   Culling out actionable points from the NHRC’s study, Agrawal found that the suggestions such as staff training, installation of CCTVs etc. are too general.   As prisons are a subject under the State List, none of the States which have responded to the NHRC, expressed any objections to the suggestions, he said.  Recalling his visit to RICA, Chandigarh during the summer vacation, he said that there is a dearth of officers who have sufficient knowledge and experience of training prison officials, on various aspects of prison administration, especially as to the rights of prisoners.

Agrawal explained that no prisoner voluntarily takes legal aid. In case of first time offenders, the District Legal Aid Centres have an obligation to reach out to them, he emphasised.

Justice Deepak Gupta pointed out that all jails have legal aid clinics, at least on paper.  He asked the AC whether there is any data on the number of undertrials who commit suicides, even though it is a common knowledge.  Agrawal admitted that there is no break-up of data on this.  He, however, suggested that triggers for suicides in prisons can be identified.   He pointed out that the number of deaths in U.P. jails is the highest in the country.

To Agrawal, harassment by jail staff and inmates may be a trigger for suicides.   Here, the system of complaint boxes in jails, is not working, he admitted.

Complimenting the open jails in the country, Agrawal told the bench that there are 54 open jails in the country, of which some are under construction.   He revealed that Haryana does not have one, while 17 States have open jails.   In open jails, the prisoner is let off in the morning, and he returns in the evening.  “It is a huge game change; something to emulate”, he told the bench.  Justice Deepak Gupta said that the one is Bilaspur is very successful.  Agrawal added that not even one per cent of prisoners run away from open prisons.

As suicides by prisoners are a result of hopelessness, open prisons can change this mindset, he suggested.   The bench took note of the report of Justice Leila Seth committee, following the death of business tycoon, Rajan Pillai in the 1990s in Tihar jail.

Agrawal, in his submissions, batted for the implementation of some aspects of Model Prison Manual, 2016, to begin with.  He suggested that prisons must provide for improved access between the prisoner and his or her relatives. Glass partitions with telephone on either side can be considered, he said.  Provision for psychiatrists in medical units in prisons is another suggestion which he made.

Colin Gonsalves, in his submission, underlined the need for the bench to direct that Section 176 (1)(A) of the Code of Criminal Procedure, which makes Magisterial enquiries into custodial deaths mandatory, be complied with by the prison authorities.

Continuing his submissions post-lunch, Agrawal emphasised that per prisoner budget allocation must be reasonable.  He pointed out that there is 200 per cent overcrowding in 149 jails, according to the Government’s admission in Parliament.  Agrawal submitted that there is hardly any concrete step suggested by the Government except some advisories, to tackle overcrowding in prisons.

Agrawal submitted a follow-up report on seven directions, given by the Supreme Court earlier in this case.  Among the directions is the one to constitute Board of Visitors in all the jails.  OnMay 2, the bench had directed the State Governments to take immediate steps to appoint Board of Visitors.   The Members of the Board can visit the jails and suggest remedial measures to improve the living conditions of prisoners.