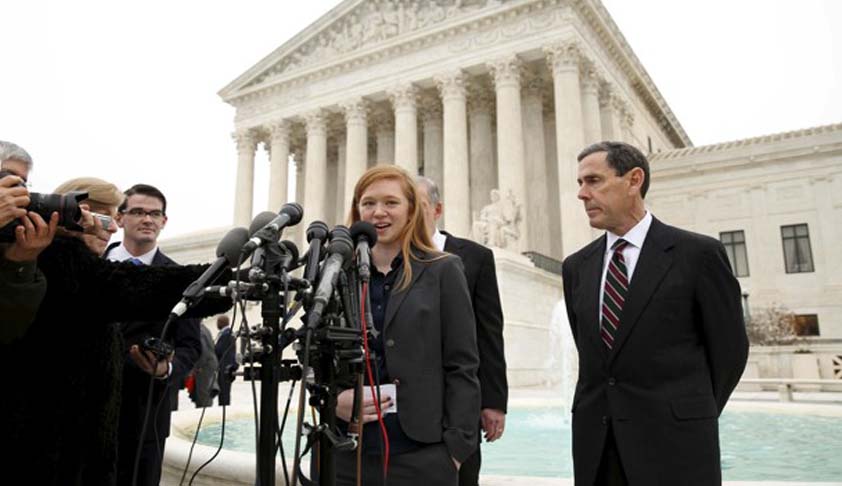 In a significant judgment, the Supreme Court of United States has held that the race-conscious admissions program at the University of Texas is lawful under the Equal Protection Clause.

The Apex Court of USA rejected a white woman's challenge to a University of Texas affirmative program aimed to boost the enrolment of minority students. The Majority Opinion of the Court (4-3) was delivered by Justice Kennedy joined by Justices Ruth Bader Ginsburg, Stephen Breyer and Sonia Sotomayor. Justice Samuel Alito, joined by Chief Justice John Roberts and Justice Clarence Thomas, dissented. Justice Kagan, took no part in the consideration or decision of the case

Fisher, the petitioner who challenged the race conscious affirmative program had contended that the university denied her admission in favour of lesser-qualified black and Hispanic applicants. According to her, the program violated the US Constitution's guarantee of equal protection under the law.

“As this Court’s cases have made clear, however, the compelling interest that justifies consideration of race in college admissions is not an interest in enrolling a certain number of minority students. Rather, a university may institute a race-conscious admissions program as a means of obtaining “the educational benefits that flow from student body diversity.” the Court ruled. The Court also observed that consideration of race has had a meaningful, if still limited, effect on the diversity of the University’s freshman class.

The Court also said that the Equal Protection Clause does not force universities to choose between a diverse student body and a reputation for academic excellence.