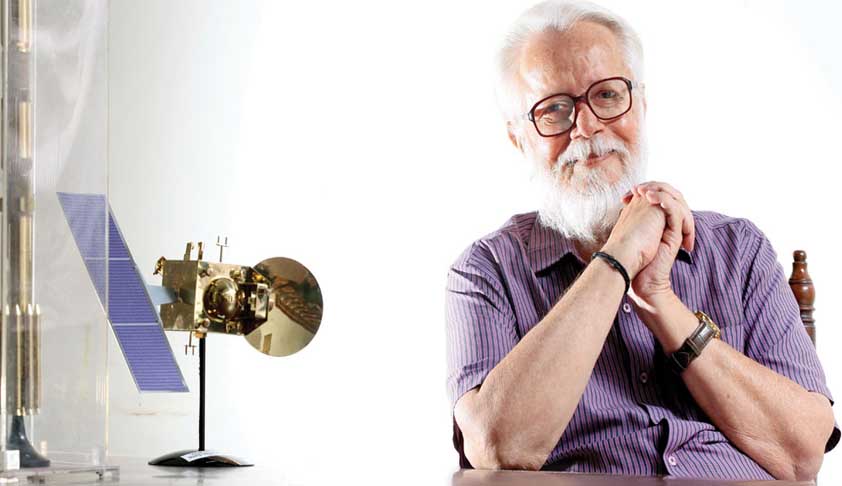 This Friday, the Supreme Court of India will consider the case to take action against the police personnel who allegedly tortured former ISRO scientist S Nambi Narayanan (retired in 2001) in the fake ISRO espionage case.In his long journey for justice, Nambi Narayanan was arrested by the Kerala Police on 30/11/94, on espionage allegations under sections 3, 4 and 5 of the Indian Official...

This Friday, the Supreme Court of India will consider the case to take action against the police personnel who allegedly tortured former ISRO scientist S Nambi Narayanan (retired in 2001) in the fake ISRO espionage case.

In his long journey for justice, Nambi Narayanan was arrested by the Kerala Police on 30/11/94, on espionage allegations under sections 3, 4 and 5 of the Indian Official Secrets Act 1923, which were registered illegally without the Central government’s sanction.

He was remanded to police custody and then to judicial custody for 50 days. In police custody, he was allegedly tortured by officials of Kerala Police and Intelligence Bureau of India and statements were allegedly obtained along suggested lines under duress.

The story fabricated by the police was that Nambi had passed on rocket technology and cryogenic technology to Pakistan for illegal gratification.

That allegation was found to be false by the CBI. The finding of the CBI was upheld by the Supreme Court in K Chandrasekhar vs State of Kerala.

The Kerala government, after keeping the file in cold storage for about 15 years, had issued a GO dated 29/6/11, deciding not to take action against the erring Kerala police officials.

That GO was challenged by Nambi Narayanan in WP(C) No. 30918/12, which was allowed by Justice Ramakrishna Pillai quashing the GO. The court directed the government to take action in a just and legal manner.

Accepting the judgment, the state government formed a committee to take action. But the erring officials filed writ appeal before a division bench of Kerala High Court, which set aside the judgment of the single judge.

The SLP filed by Nambi Narayanan against the judgment of the division bench was admitted by the Supreme Court on 19.07.2015, in a three-page order and the matter is scheduled for final disposal on 28.04.2017, before Justice Dipak Misra and Justice Khanwilker.

It is to be noted that India could develop cryogenic technology in 2017 only. Had Nambi Narayanan not been arrested, India could have developed cryogenic in the year 2000 (17 years back) and India could have earned billions of dollars from international space market by launching satellites of other nations by charging only 1/3rd cost charged by leading space nations like the US.

This Vikas engine has been used for more than 35 successful flights, including Chandrayan and Mangalyan, without any single engine failure.

After a 17-day investigation by the Kerala Police and IB, the case was handed over to the CBI, which investigated the case for 1 and a half years and filed a closure report with the conclusion that the allegation of espionage was found to be false.

Along with closure report, the CBI submitted two other reports to the Centre and state government, pointing out serious lapses, acts of omission and commission etc on the part of IB officials and Kerala Police and recommending appropriate action.

The Union government in 2004 conducted an ‘eyewash’ inquiry and dropped actions against the officials of IB, that too, without notice to victims of the false and fabricated case.

It is very important to note that Nambi Narayanan completed his higher studies at Princeton University and he was offered US citizenship in year 1970.

He rejected that offer and returned to India to serve his nation.

He served the nation with integrity, patriotism and was the key contributor in liquid propulsion technology. When the Govt. of Kerala attempted to withdraw the consent given to the CBI and re-investigate the case all over again after the closure report of CBI, six eminent personalities of ISRO - Satish Dhawan, UR Rao (both former chairmen, ISRO), TN Seshan (Former Cabinet Secretary & Chief Election Commissioner), Prof. Yashpal (former chairman, UGC), R. Narasimha (former member of Space Commission) and S Chandrasekhar (Prof. IIM, Bangalore) in their open letter expressed deep anguish as follows:

“Many of us have known “Nambi” for over 20 years. He was the leader of the team of engineers sent to France for acquisition of liquid rocket technology. He led with great ability ISRO teams vested with the responsibility of delivering the 2nd and 4th stages of the PSLV project. He was also for a while the leader of the Cryogenic engine project. We have always appreciated his deep commitment to technology development in the interest of ISRO and the nation. The arrest and interrogation of Nambi in the so-called ISRO espionage case and the attendant news paper publicity have done immense damage to his morale and even more damage to his innocent family.”

“The espionage case reveals that the country’s space programme of for that matter other strategic programmes, may no longer be immune to outside interference. These dangerous trends, if allowed to continue, can demotivate and demoralize the many hardworking and dedicated professionals who have made Indian achievements in these areas possible, usually for paltry compensations. Such actions are likely to derail these programmes and adversely affect national interest more severely than any foreign hand.”

“The personal life of an important contributor to the space effort like Shri. Nambi Narayanan has been given a rude jolt if not ruined. His family has been victimized and socially ostracized. Clearly he has suffered greatly and it is time that this “charade” is brought to an end so that a hapless victim of the so-called “espionage scandal” can get on with what is left of his life and career. We trust and hope that good sense will prevail and that further harassment of a valued scientist will cease.”

The Supreme Court also in 1998, while quashing the notification for further investigation, heavily criticised the actions of the Govt. of Kerala as follows:

“If before taking up further investigation an opinion has already been formed regarding the guilt of the accused and, that too, at a stage when the commission of the offence itself is yet to be proved, it is obvious that the investigation cannot and will not be fair and its outcome appears to be a foregone conclusion.

“From the above facts and circumstances we are constrained to say that the issuance of the impugned notification does not comport with the known pattern of a responsible Government bound by rule of law. This is undoubtedly a matter of concern and consternation. We say more.”

Nambi Narayanan had also moved the National Human Rights Commission, citing human rights violations and in 2001, the full bench comprising of five members, including the chairperson, in their interim order held as follows:

“The complainant, a senior scientist of considerable repute, whose contribution to space research is acknowledged, was kept under suspension for a period of 18 months on a false case foisted on him which resulted, inter-alia, in loss of his reputation apart from the ignominy and damage to his health in addition to the considerable expenditure incurred to defend himself from the false accusation. The damage done to the complainant and his family as a result of the above unlawful acts is difficult to fully assess and the findings of the CBI, duly approved by the Supreme Court, are sufficient to prove the gross violation of human rights of the complainant by the public servants responsible for these unlawful acts.”

The real culprits have not been held accountable even today. The suit for compensation filed by Nambi Narayanan in year 1999 is yet to be decided.

In spite of all this, Nambi Narayanan still waits for justice. The proceedings on Friday in the Supreme Court will be seminal in this matter.