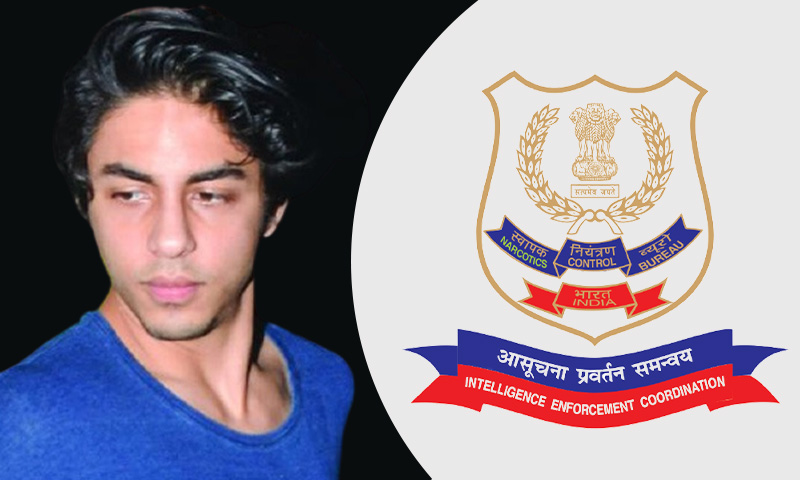 The Narcotics Control Bureau on Monday showed Aryan Khan's Whatsapp chats to allege that he was regularly purchasing drugs and not as "innocent" merely because he was not found in possession of contraband in the luxury cruise ship drug bust. On Monday, the court remanded Khan and seven others to NCB's custody till October 7. According to the NCB, Khan's co-accused and friend -...

The Narcotics Control Bureau on Monday showed Aryan Khan's Whatsapp chats to allege that he was regularly purchasing drugs and not as "innocent" merely because he was not found in possession of contraband in the luxury cruise ship drug bust.

On Monday, the court remanded Khan and seven others to NCB's custody till October 7.

According to the NCB, Khan's co-accused and friend - Arbaaz Merchant - was found in possession of six grams of charas.

The NCB led by Additional Solicitor General Anil Singh argued that these WhatsApp chats cannot be considered "irrelevant," even as counsels for the accused said that the chats prove nothing without corroboration.

Singh claimed that the chats recovered between Sunday and Monday showed that Khan used code words to purchase the contraband, and was part of WhatsApp groups for purchase, as well.

A lawyer from his team took Additional Chief Metropolitan Magistrate RM Nilekar through the chats,

The judge then sought to know how was this relevant in the present case. "What are you going to do with the chat?"

"The chat is to show that the case is now not how my learned friend has argued," Singh said referring to arguments by Khan's lawyer Satish Maneshinde that the 23-year-old was not found in possession of any drugs, was merely invited by the organiser, and had no connection with the seizure of drugs from the cruise.

"Persons who are in regular contact and touch with either those consuming the drugs or having a transaction with the drug… it is not that the WhatsApp chats are irrelevant to find out the suppliers. Therefore, we are trying to show that he was not totally innocent," Singh assisted by advocate Advait Sethna, Shreeram Shirsat and Aditya Thakkar added.

However, Advocate Taraq Sayed for Arbaaz Merchant said that the accused were arrested in the current drug bust and even if purchases were made in the past, those are irrelevant for their custodial interrogation right now.

"Has the NCB come here to interrogate two boys, one found with nothing, the other found with 5gms, claiming that they were allegedly going to consume?" he asked.

Maneshinde argued that a few weeks ago, Khan visited his university but has not indulged in any drug trafficking during this time. Moreover, drugs seized from other accused cannot be used to deny him liberty.

"I was apprehended before boarding the Ship. Factually and legally nothing is recovered from me. Even the WhatsApp chats are of July 2021. Even if I consumed elsewhere, that is not under investigation here." Maneshinde said.

According to the remand, shocking information is revealed from A1 (Aryan Khan), and incriminating material has been found on his mobile phone which was seized. The same is in the form of pictures, chats etc pointing towards international drug trafficking.

Youngsters Consider Them As Role Models

ASG Singh argued that "Ultimately, we have to see the purpose and object of the Act. It is to remove the drug menace from society. We have to reach the suppliers. Where is the financing happening? We are just saying grant us custody for some more days. We have to unearth the nexus. Nowadays, it is very common for youngsters to consume drugs.

Youngsters consider these high-profile people as their role models. Parents suffer, see the impact of this.."

Maneshinde responded that society should be rid of the drug menace but that can't be used to deny Khan release.

Eight people were detained by the NCB after the seizure, 3 including Khan, were arrested in the first batch and another group of 5 Delhiites.

The first three are booked for consumption and possession of small quantities under section 8(c) read with sections 20b (possesses, purchases, cannabis), 35 (Presumption of culpable mental state), 27 (consumption of any narcotic drug or psychotropic substance) of NDPS Act.