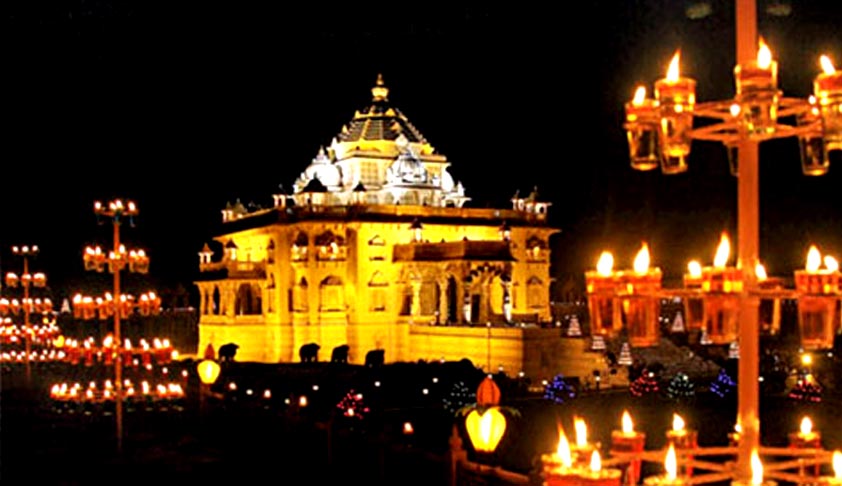 The six acquitted persons in the 2002 Akshardham terror attack case will not get compensation for their “wrongful arrest”.

K T S Tulsi, the senior lawyer then withdrew the plea and said they will launch a case against Gujarat police for malicious prosecution.

It is to be noted that the Gujarat government had earlier opposed the plea saying that “it would have a serious demoralising effect on the investigating agencies”.

It had said that since the trial court as well as the Gujarat High Court had convicted them for their alleged roles in the terror attack that had claimed 32 lives, the issue of curtailment of their personal liberty, which they are claiming, cannot be accepted.

On May 16, 2014, the Supreme Court had acquitted the six persons, including the three condemned prisoners, in the case, saying, The story of the prosecution crumbles down at every juncture.

The state, in its counter affidavit, had said the probe agency had followed the law in chargesheeting these six persons, who were convicted by the designated POTA court, and their conviction was subsequently confirmed by the high court.

When two courts having jurisdiction have appreciated the evidence collected against the petitioners and have recorded a judicial finding holding the petitioners to be guilty of the offences charged, the curtailment of the petitioners' personal liberty cannot be said to be accepted in accordance with law, the affidavit had said.

It had said that such an eventuality would be against public interest and interest of the nation.

Besides the three who were facing the gallows, the apex court had also quashed life sentence of two others and a 10-year jail term of another person for the September 24, 2002 terrorist attack on Akshardham temple in Gandhinagar.

Adam Ajmeri, Shan Miya alias Chand Khan and Mufti Abdul Qayyum Mansuri were awarded death sentence in July 2006 by the special court set up to try the case under POTA. While a youth from Dariapur in the city, Mohammed Salim Shaikh, was sentenced to life imprisonment, Abdulmiyan Qadri was given a 10-year term and Altaf Hussain sentenced to five years in jail.

Two militants, identified as Murtuza Hafiz Yasin and Ashraf Ali Mohammed Farooq, with alleged links with Pakistan- based terror outfit Lashkar-e-Taiba, were killed by National Security Guard commandos during the attack on the temple.

The attackers, using automatic weapons and hand grenades, had killed 32 people, including 28 visitors. Three commandos, one of them from NSG and a constable of State Reserve Police, were also killed.