Mere Use Of Words "Arbitration" Or "Arbitrator" In A Clause Won't Make It Arbitration Agreement : Supreme Court 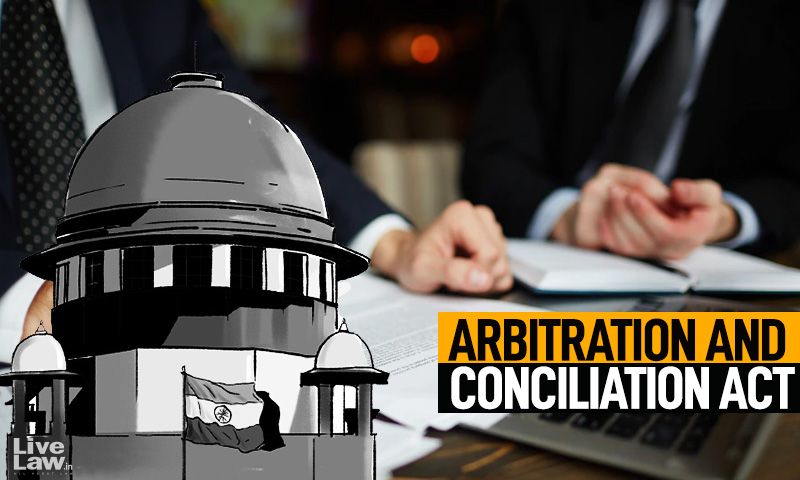 The Supreme Court observed that an arbitration agreement should disclose a determination and obligation on behalf of parties to refer disputes to arbitration.

The bench comprising Justices DY Chandrachud and AS Bopanna noted that mere use of the word "arbitration" or "arbitrator" in a clause will not make it an arbitration agreement, if it requires or contemplates a further or fresh consent of the parties for reference to arbitration.

In the contract agreement between Mahanadi Coalfields Ltd. and IVRCL AMR Joint Venture, Clause 15 titled as 'Settlement of Disputes/Arbitration' read as follows: It is incumbent upon the contractor to avoid litigation and disputes during the course of execution. However, if such disputes take place between the contractor and the department, effort shall be made first to settle the disputes at the company level. The contractor should make request in writing to the Engineer-in-Charge for settlement of such disputes/claims within 30 (thirty) days of arising of the case of dispute/claim failing which no disputes/claims of the contractor shall be entertained by the company. If differences still persist, the settlement of the dispute with Govt. Agencies shall be dealt with as per the Guidelines issued by the Ministry of Finance, Govt. of India in this regard. In case of parties other than Govt. Agencies, the redressal of the disputes may be sought in the Court of Law.

Allowing an application filed by the Contractor under Section 11(6) of the Arbitration and Conciliation Act, 1996, the High Court of Orissa appointed a sole arbitrator.

Before the Apex Court, the Attorney General for India K K Venugopal contended that clause 15 of the Contract Agreement does not constitute an arbitration agreement and thus the very invocation of the jurisdiction under Section 11(6) was not valid. Senior Advocate S Niranjan Reddy appeared for the respondent and supported the High Court order.

To answer this issue, the bench referred to the judgment in Jagdish Chander v. Ramesh Chander (2007) 5 SCC 719, and noted the following observations made therein

The court observed that, in the present case, the substantive part of the Clause 15 makes it clear that there is no arbitration agreement between the parties agreeing to refer either present or future disputes to arbitration.

"The above extract makes it abundantly clear that clause 15 of the Contract Agreement is a dispute resolution mechanism at the company level, rather than an arbitration agreement. Consequently, in case of a dispute, the respondent was supposed to write to the Engineer-in-charge for resolving the dispute. Clause 15 does not comport with the essential attributes of an arbitration agreement in terms of section 7 of the 1996 Act as well as the principles laid down under Jagdish Chander (supra).

A plain reading of the above clause leaves no manner of doubt about its import. There is no written agreement to refer either present or future disputes to arbitration. Neither does the substantive part of the clause refer to arbitration as the mode of settlement, nor does it provide for a reference of disputes between the parties to arbitration. It does not disclose any intention of either party to make the Engineer-in-Charge, or any other person for that matter, an arbitrator in respect of disputes that may arise between the parties. Further, the said clause does not make the decision of the Engineer-in-Charge, or any other arbitrator, final or binding on the parties. Therefore, it was wrong on the part of the High Court to construe clause 15 of the Contract Agreement as an arbitration agreement", the court observed while allowing the appeal,

Arbitration and Conciliation Act, 1996 ; Section 11(6), 7 - High Court order proceeds on an understanding that the Counsel for both the sides did not dispute the fact that a clause of the Contract Agreement provided for appointment of an arbitrator - An understanding of counsel, cannot be regarded as a binding statement of law on the existence of an arbitration agreement. (Para 18)