Bhopal Police Encounter And The Quest For Justice 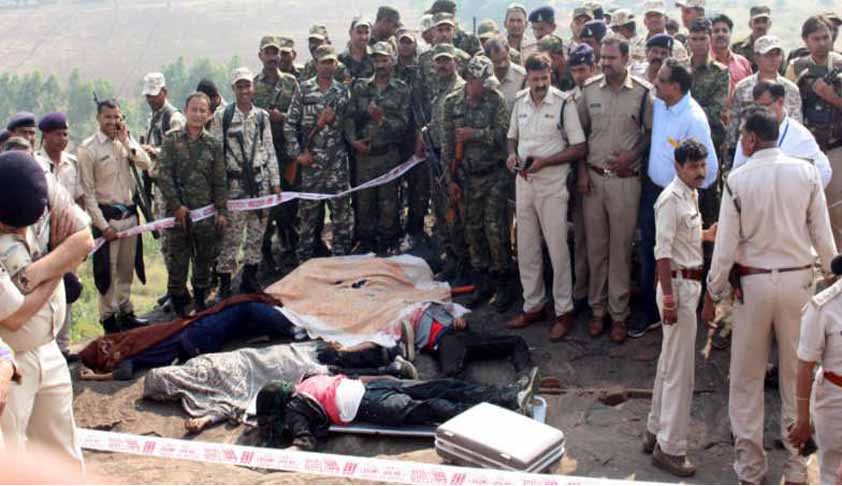 The aftermath of the recent Bhopal jailbreak and the subsequent police encounter epitomizes how the rule of law runs the risk of being forsaken at the altar of the modern day discourse around the idea of nationalism in India. The Constitution of India guarantees to every person who is accused regardless of the nature of crime, the right to fair trial and this is further bolstered by the one...

The aftermath of the recent Bhopal jailbreak and the subsequent police encounter epitomizes how the rule of law runs the risk of being forsaken at the altar of the modern day discourse around the idea of nationalism in India. The Constitution of India guarantees to every person who is accused regardless of the nature of crime, the right to fair trial and this is further bolstered by the one of the most fundamental principles of in Criminal Law which provides for the presumption of innocence unless proven guilty in the court of law. Therefore, the fact that a person is accused of an act of terrorism does not entitle the State to make any inroads into his constitutionally guaranteed fundamental rights. However, this incident is certainly not a case of denial of fair trial only; in fact it directly pertains to the right to life and human dignity guaranteed to every person under Article 21 of the Constitution of India.

Let us try and break up the reasons why fake encounters pose a threat to the idea of rule of law. The conclusion of a criminal trial will either result in acquittal or conviction of the accused and if convicted for an offence for which death penalty is an alternative punishment, the convict can be sentenced to death by the court, if the case falls in the category of rarest of rare. Thereafter, there is the provision for the mandatory appeal to the High Court, as a person sentenced to death by the trial court cannot be executed without High Court having assented to it. Then if the High Court also affirms the conviction and death sentence, the leave to appeal to the Supreme Court lies and thereafter only if the Supreme Court also affirms the conviction and death sentence, the judicial process culminates, however, the discretionary remedy for the convict at the behest of the Supreme Court still exists in the form of a review petition and in the event of rejection of the review petition, a curative writ petition.

If this judicial process comes to fruition by way of death sentence for the convict; the convict can file a clemency petition before the President of India or the Governor of the State and only after the rejection of mercy petition that the convict can be finally executed. However, even the decision of the President and the Governor is amenable to judicial review before the Supreme Court and High Courts, and most significantly on account of the inordinate and unreasonable delay in the disposal of the mercy petition. Then the exercise of this option of judicial review if done by the High Court can again be challenged in the Supreme Court and Supreme Court’s verdict can still be sought to be reviewed by way of review petitions and in case of rejection of mercy petitions by way of curative writ petitions. This makes the picture of our judicial and constitutional process very onerous and cumbersome on the State, in so far as a person is to be sentenced to death and in relation to the execution of the death sentence. But these are the safeguards which make the retention of death penalty in the statute book, constitutional in India and therefore death of under trials or suspects at the hands of Police must always be viewed with circumspect eyes and not by the expression of jubilation, euphoria and hero worship for the police personnel involved in the incident, regardless of the nature of crime for which the persons killed were suspects or accused. An encounter is no substitute for the legal and constitutional process of dealing with an accused or suspect.

Death of any person in a Police encounter legitimately raises the suspicion about the commission of a cognizable offence; however, in such encounters because of the involvement of Police, death of the accused or suspects by the Police is not taken prima facie as a case which legitimately raises suspicion about the commission of a cognizable offence. A three judge bench of the Supreme Court of India, speaking through the then Chief Justice of India R. M. Lodha in People’s Union for Civil Liberties v. State of Maharashtra, [(2014)10SCC635] lamented the absence of structured guidelines and procedures when a police officer is involved in shooting as is the case in some of the countries. The Court therefore framed guidelines to be followed in case of such incidents and emphasised that doing so is the constitutional duty of the Supreme Court and specifically declared the guidelines to be law as per Article 141 of the Constitution of India.

Key features of the guidelines framed by the Supreme Court:


Apart from these measures to be followed in the aftermath of a Police encounter resulting in death of a person, the Court also mandated that a six monthly report of each of such incidents in a standard format is to be sent to the NHRC by the DGP of the State. The Supreme Court also stated that if the family member of a victim finds that these guidelines are not followed, then he can make a complaint before the Sessions Judge of the district having the territorial jurisdiction over the place of incident and the Sessions Judge must accordingly deal with the merits of the case and proceed further. The Court also stated that these guidelines are to be adhered to both in cases of death and grievous injury.

On July 8, a Supreme Court bench, comprising justices Madan B. Lokur and Uday Umesh Lalit, gave a detailed judgment in Extra Judicial Execution Victim Families Association (EEVFAM) v Union of India explaining why even in a disturbed area in the State of Manipur under Armed Forces Special Powers Act, armed personnel including Indian Army and Manipur Police cannot claim any immunity from prosecution against the allegation of extra judicial killings. The Court has decided to look into the allegations of extra judicial killings in 1590 such cases as alleged by the petitioner in the State of Manipur.

The gulf between the law and reality could not have been starker in the aftermath of the Bhopal Police encounter. Till date we have only heard about the constitution of a one member inquiry commission headed by Justice (Retd.) S. K Pande under the Commissions of Inquiry Act. Earlier, the Chief Minister had prematurely announced that the Home Minister of India has agreed for an investigation by the National Investigation Agency and therefore NIA will now be investigating this matter. The Police officer involved in the encounter have been publicly praised and felicitated by no less than the Chief Minister of Madhya Pradesh. The Chief Minister even announced a cash award of rupees two lakh for each of the Police officers involved and one lakh for those involved in tracking the location of the prisoners who escaped from the Bhopal jail, which thankfully has now been withheld after the constitution of the inquiry commission. The portrayal of those demanding investigation into this incident as terrorist sympathizers is a sinister campaign to stop those voices. We must not allow these voices to be drowned in the din of this ostensible show of perverted nationalism.