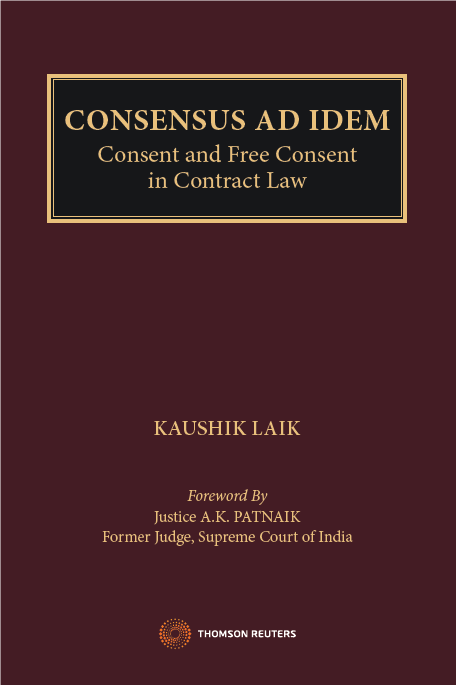 Contractual terms, much like the nature of doing business, have evolved significantly over the years. Even as modern times are witnessing complex and sophisticated contracts between commercial parties, the fundamentals remain the same. The very foundation on which a contract becomes an enforceable agreement is that of "free consent" between the parties. A concept as simple and...

Contractual terms, much like the nature of doing business, have evolved significantly over the years. Even as modern times are witnessing complex and sophisticated contracts between commercial parties, the fundamentals remain the same. The very foundation on which a contract becomes an enforceable agreement is that of "free consent" between the parties. A concept as simple and conventional as this, is the prime focus of the book titled "Consensus Ad Idem – Consent and Free Consent in Contract Law". Published by 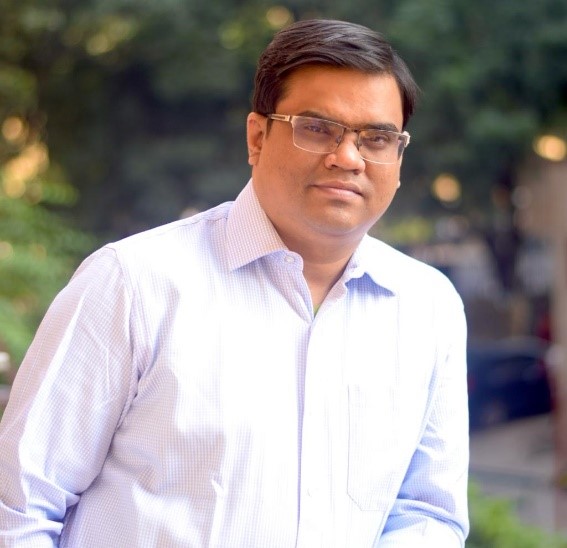 Thomson Reuters and authored by Kaushik Laik, an Advocate-on-Record at the Supreme Court, this book aims to cover a subject which remains a less-spoken-of yet of utmost importance to any contractual dispute between parties.

The book, unlike an initial impression of it being a mere repetition of the general law of contract, is surprisingly refreshing. It discusses a varied range of subjects which emanate from the main theme of the book. Mistake of fact and law, the seeming conflict between Sections 21 and 72 of the Indian Contract Act, the fine distinction between actual and presumed dominance (in the context of "undue influence") are only few of the issues which the book seeks to discuss.

What is even more interesting is the fact that the book discusses, extensively, certain subjects which assume immense significance in commercial law practice, for instance, the law on invocation of bank guarantees and the concept of "special equities" which governs it. The Author, in his attempt to present a holistic understanding on the subject, discusses not just the umpteen cases where Courts have declined to interfere with invocation of guarantees, but also those where Courts have refused to apply a "straitjacket" formula. Similarly, the book also discusses, in detail, the concept of economic duress, a ground which is often taken by litigating parties to justify signing on compromise deeds and waiver forms. Among other things, the Author discusses the fine distinction between a legal and genuine demand by the alleged coercer as against an illegitimate one, and the circumstances under which the former would be treated to be the latter.

The concept of misrepresentation, as against that of fraud, is yet another aspect which the book throws significant light on. These two seemingly similar concepts often become the bane of contractual disputes. The legal battle between Daiichi Sanky and Fortis (Daiichi Sankyo Company Limited vs. Malvinder Mohan Singh and Ors, 247 (2018) DLT 405), which made headlines in recent years, is one such example, where misrepresentation was one of the main controversies before the arbitral tribunal and in the Courts. While the book discusses this case threadbare, it also discusses – and perhaps in greater detail – the law of compensation which flows from misrepresentation by one contracting party to the other. The question whether the principles of Sections 73 and 74 (damages) would apply to compensation under Section 19 is also discussed in this book, with particular reference to the decision of Vestas Wind Technology (Vestas Wind Technology India Private Limited and Ors. vs. Inox Renewables Limited and Ors, 2019 (4) ABR 280 (Bom)).

On the whole, the book is a well-researched work. While readers would already have other authoritative treatises on Contract Law in their libraries, this book does not even intend to compete with them. It seeks to serve as a comprehensive text book on merely 11 sections of the Contract Act, but with it, also on various other issues which emanate therefrom. It is this tendency of the book, i.e to discuss issues of contemporary concern while analyzing the fundamentals of contract law, which makes this book unique. It is perhaps this very reason that this book deserved a wonderful and enlightening foreword by Justice A.K. Patnaik (former judge, Supreme Court of India).