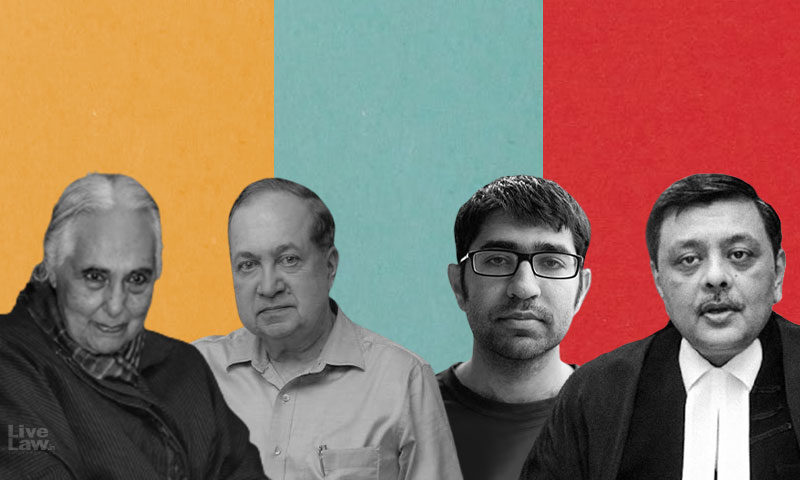 Interest in citizenship has become more important than ever, especially in India. From Citizenship Amendment Act, 2019 (CAA) to National Register of Citizens to National Population Register, a series of moves taken by the incumbent government have reactivated the politics of us and them in public discourse. Since December 2019, people have raised their voice against CAA and allied...

Interest in citizenship has become more important than ever, especially in India. From Citizenship Amendment Act, 2019 (CAA) to National Register of Citizens to National Population Register, a series of moves taken by the incumbent government have reactivated the politics of us and them in public discourse. Since December 2019, people have raised their voice against CAA and allied measures. Some took to the streets, some expressed their views through social media and scholars guided people on this dark road. Following the pandemic, CAA was out of priority and consequently faded away from public discourse. On Citizenship, attempts to bring it back in the debate. On Citizenship is a collection of four essays authored by a historian (Romila Thapar); a journalist (N. Ram); an advocate and scholar (Gautam Bhatia) and a judge (Justice Gautam Patel).

"Citizenship: The Right to be a Citizen" by Romila Thapar is an empirical study that traces the evolution of citizenship from early Greco-Roman times when citizen status was restricted to elites to the second millennium AD when rights were between owners of the land the labourers to modern times. Citizen in a modern society was perceived as a free individual in a contractual relationship for the protection of rights and discharge of duties. This contract culminates with the adoption of a Constitution. Furthermore, Thapar makes two interesting observations, first, British colonialism introduced race and religion into the concept of the nation-state and consequently citizenship as well. For instance, James Mill's The History of British India expounded on the two-nation theory which was further nurtured by Indian scholars. Second, After World War II, race as criteria for citizenship heavily questioned and considered as an aberration, perhaps because of advances in the study of DNA and genetics. The evolution of citizenship is described as a 'historical change of the lower orders of society, from slave to serf to subject and finally a citizen.

N. Ram starts off "The Evolving Politics of Citizenship in Republican India" by analysing the disastrous impact CAA-NRC-NPR would have on the Muslim population in India. The making of provisions of citizenship in the constitution is widely accepted as inclusive, secular and democratic. Ram re-asserts his argument of the provisions being inclusive and democratic, wording it with Article 5. The secular and inclusive approach, in Ram's view, was taken forward by The Citizenship Act, 1955 which provided for five ways of acquiring citizenship, viz, birth, descent, registration, naturalization, and incorporation of territory.

Things went south with the insertion of Section 6A, covering special provisions as to the citizenship of persons covered by the Assam Accord, which was restrictive and exclusionary. The idea of 'foreigner', 'illegal migrant', 'infiltrator' evolved here. However, such terms were used in the Constituent Assembly as well, this makes Ram's point inconsistent. At the same time, Ram argues that CAA cannot be called a reflection of Section 6A. The final part of the essay analyses citizenship under BJP. An interesting observation is that right from 1989 pan India NRC or curbing the problem of 'illegal immigration' is a running theme in BJP's or NDA's election manifestos, which points towards a larger project of Rashtriya Swayamsevak Sangh (RSS) under the Hindutva ideology.

In his contribution, Gautam Bhatia makes a compelling argument that the vision of citizenship in the Constitution cannot be interpreted in isolation but together with the secular and egalitarian theme of the Constitution. Quoting heavily from Alladi Krishnaswamy Ayyar, Bhatia substantiates that citizenship in India is based on the principle of 'universal citizenship' and its implementation must be left to the Parliament. However, this simple conception changed after partition which led to the addition of provisions. Ambedkar acknowledged that these provisions were ad-hoc and the permanent question of citizenship lies with the Parliament which may make new law embodying new principles. However, relying on Ayyar, Bhatia argues that this does not give Parliament a free-hand and it will be bound by the secular character of Indian polity. There are two crucial takeaways- first, citizenship was non-discriminatory and secular; second, citizenship is not an ancillary privilege but the 'rock foundation of the Constitution'. Bhatia remarks that the Constitution says nothing about citizenship, as the ad-hoc provisions have no role to play today, however, they still are a reminder of the non-discriminatory path the Constituent Assembly took.

The final essay, 'Past Imperfect, Future Tense' by Justice Gautam Patel is a comment on the failure of the Constitutional Courts in India and around the world, with references being made to citizenship. The decisions of the US Supreme Court in Korematsu v United States and UK House of Lords in Liversidge v Anderson are referred to. Both cases involved infringement of civil liberties based on assumptions of sympathy with the enemy; racial discrimination or hostile associations, thus both directly related with 'foreigners' or 'illegal immigrant' term and the ridicule associated with it today. Justice Patel placed ADM Jabalpur v Shivakant Shukla in the same set and applauded the dissenting opinions in all three cases. The author takes note of some pro-rights decision but remarks that a state's commitment to Constitutional mandates is tested during a crisis- war or perhaps during an internal emergency. Finally, he returns to the question of CAA and other statutes curtailing civil liberties. He puts forth the idea of revisiting Kedar Nath V state of Bihar, which held sedition as constitutional, calls out the court for the failure to recognize access to the internet as a fundamental right in Anuradha Bhasin v Union of India and raises other human rights issues which emerged as a consequence of lockdown and Covid. Justice Patel calls out CAA for categorizing one particular community but avoids in-depth discussion of the same calling it inappropriate to discuss a sub-judice matter.

Due to the diverse selection of authors, the book brings to the table a holistic view of the issue of citizenship. Analysing the concept, the politics, the law and apparent failure of courts, the book succeeds in painting a real picture. However, I believe a more comprehensive text was possible if the authority of the state was questioned. For instance, dealing with closed and open border arguments; questioning the philosophical underpinnings of the situation and defying the absolute authority of the state to decide the question of citizenship, not just constitutional but delving into the realm of political philosophy. Even though references were made to the writings of Hannah Arendt, much analysis was avoided. Furthermore, both N. Ram and Gautam Bhatia mention the revisionist literature, in particular by Abhinav Chandrachud, but avoid counters to it. Lastly, the essay by Romila Thapar traces the evolution but did not conclude with a definition or concrete conception of citizenship. For instance, Richard Bellamy in his work sketches three-component of citizenship- membership, rights and participation. Nonetheless, the four essays are tuned in a manner that makes the book a ready reckoner for someone interested in an overview of citizenship in India.

(Prakhar Raghuvanshi is a student of law at National Law University Jodhpur. He can be contacted at [email protected] tweets at @overbreadthh)