Book Review- "The Punished: Stories of Death-Row Prisoners in India" by Jahanvi Mishra 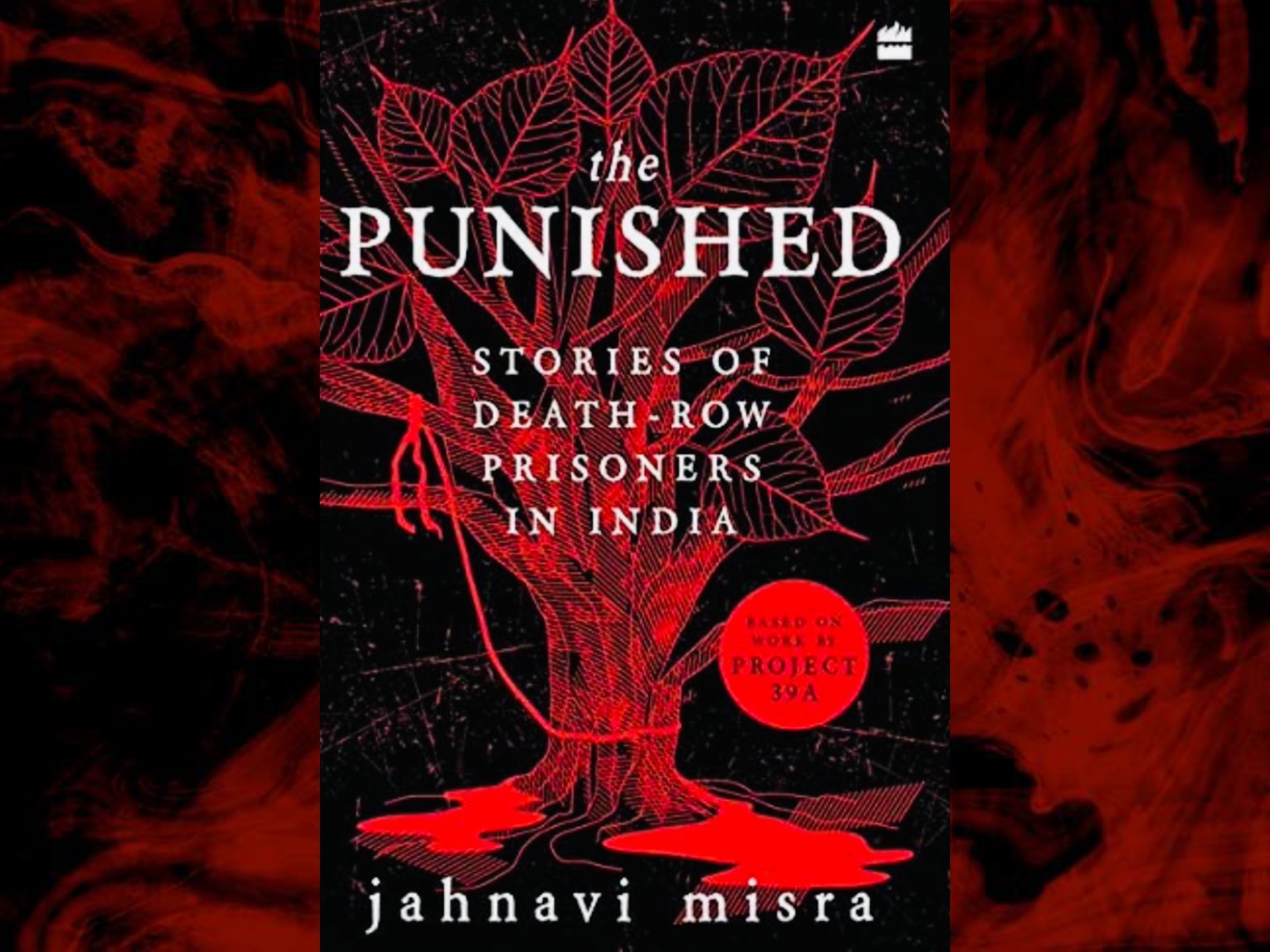 The debate on the righteousness of capital punishment is going on since time immemorial. From state authority to effectiveness to human rights, there is an umbrella of argument for and against capital punishment. Philosophers ranging from Bentham, Mill, Locke, Beccaria to Immanuel Kant authored texts on the issue. The debates culminated in the abolition of the death penalty in law...

The debate on the righteousness of capital punishment is going on since time immemorial. From state authority to effectiveness to human rights, there is an umbrella of argument for and against capital punishment. Philosophers ranging from Bentham, Mill, Locke, Beccaria to Immanuel Kant authored texts on the issue. The debates culminated in the abolition of the death penalty in law or practice in 142 countries, according to Amnesty. However, India's case is a bit different. Instead of abolition, there have been attempts to increase the scope of capital punishment.

Based on the interview for Project 39A, Jahanvi Mishra has penned down "The Punished: Stories of Death-Row Prisoners in India", a book that reveals lives of death-row prisoners in India. Two features of this book stand out. First, it is not an academic discussion regarding capital punishment but an attempt to 'know the people we want to kill'. Second, every chapter and every story points out how wrecked the system is.

The foreword by Dr Anup Surendranath draws attention to several important issues regarding death-row prisoners and the death penalty. In cases where death penalty is imposed, the death-row prisoners are dehumanized before we take their lives, and we perceive them as bearers of unfortunate fate, but our thirst for retribution prevails. To make things worse, it is not just the punished who suffer. The family members end up living a vulnerable and alienated life. The price family members pay is clear from the first chapter itself, where the family of a boy sold their only property to save their son, who is convicted on circumstantial evidence alone!

Every chapter in the book reveals different characters, different story, different maladministration but the heart-wrenching pain of death-row convicts and injustice is a constant theme. Death penalty, apart from retributive justice, also functions on the assumption that some humans are beyond change, i.e. redemption is an impossibility for some. However, the story of Manpreet and Rana questions this assumption.[1] Manpreet's family wanted to keep him away from Rana, and complications in the situation led Manpreet and Rana to murder Manpreet's family except for his nephew and wife. After Rana died, Manpreet understood that his anger was rooted in the fact that he never understood himself. Perhaps prison gave him time to reflect upon it, and now, since he has clarity, he is ready to face death.

The book bursts a few more myths. One of them being that judges exercise the highest level of caution in cases of the death penalty. There are death-row prisoners in India who have been convicted on merely circumstantial evidence. It is absurd and unacceptable to impose death penalty without any direct evidence. There are instances where insanity is not pleaded by the lawyer.

Another problem which comes to mind while reading the book is the deplorable state of prisons in India. For instance, the case of a man who ran a bus over seven people. His nephew arranged a meeting with the psychologist at the prison to enquire about his uncle, just to hear 'I am just a general physician, it's not a hotel'. Furtheremore, the book acts as a mirror to investigating agencies as well. DNA tests are not done in rape-cum-murder cases even though the accused asked for them explicitly. When he tries to speak for himself in court, the lawyer won't allow it.

Finally, one of the most important takeaway from the book comes from a chapter titled the Real Parvathi". Parvathi was the leader of a gang on which a film was made. One of the crew members quit the film because the film portrayed Parvathi in an awful light (she also filed a complaint against the director). The crew member remarked that there is no pure evil and "the truth is never pure – never just black or white. It is complicated. And there can be no justice without it." The moment we start to believe one side of the story and begin to perceive death-row prisoners as pure evil, we begin to dehumanize them, as remarked by Dr Surendranath.

The book is written in a simple language and consequently is accessible in that sense, but it is not an easy read. One cannot digest the stories and keep the book on the shelf. It will make you think about the issue, question your assumptions, and some might develop sympathy with the convicts. But "sympathy is treacherous in certain situations", as the author has observed. The biggest backdrop of the book is the fact that many of the details regarding incidents are not credible or are hearsay. However, that is the most significant advantage of the book as well. Legal texts, academic discussions and courtroom arguments are minimal and more often than not, these limitations act to the detriment of the accused in high profile cases. The author does a brilliant job of connecting the dots.

In my opinion, considerable success for this book would be if it starts a discussion among people who are not conversant with the law on death penalty, dehumanization of the accused, prison reforms and the criminal justice system in general.

[1] Please note- the names are fictionalized.

(Prakhar Raghuvanshi is a student of law at National Law University Jodhpur. He can be contacted at [email protected] tweets at @overbreadthh)