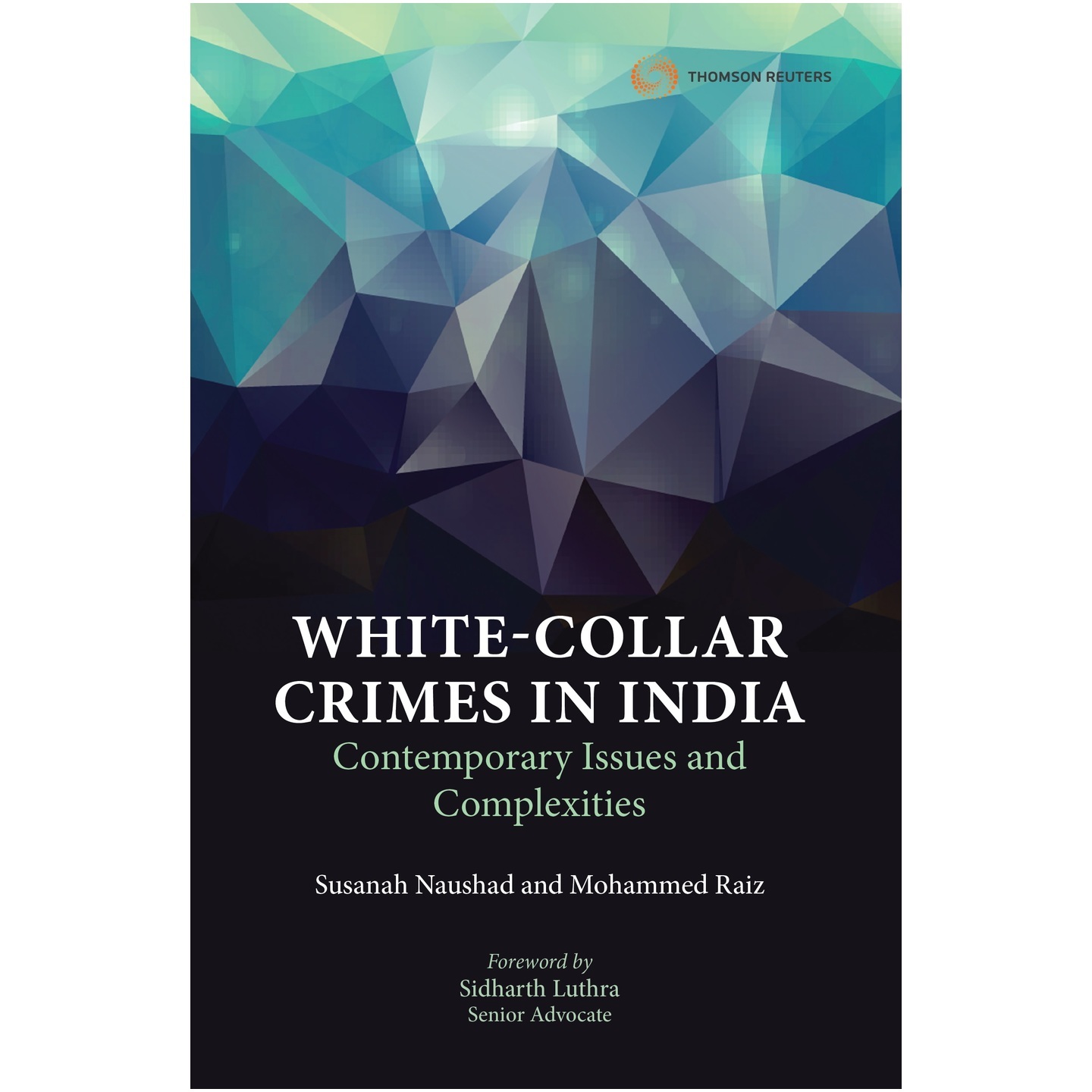 The conceptual genesis of white-collar crimes occurred as early as the latter half of 19th Century. However, it was the renowned American sociologist – Edwin Sutherland, who delved into the meaning of white-collar crimes in 1940s, at a period when crimes were perceived to be committed mainly by the lower sections of the society. According to Sutherland, "white-collar crimes" were different from the traditional notions of crime, and were crimes committed by individuals of high social status in the course of their occupation.

Since then, the white-collar crime jurisprudence has garnered much attention worldwide from academicians, lawyers and sociologists alike. The United States of America has had several high-profile white-collar crime cases unearthed, particularly in early 2000s, such as the Enron scam, WorldCom accounting scandal, Bernie Madoff Ponzi scheme and so on. India has had its own versions of such cases, beginning from the Harshad Mehta case and culminating in the Punjab National Bank scam case.

Authored by lawyers Susanah Naushad and Mohammed Raiz, and published by Thomson Reuters, the book - 'White-Collar Crimes in India: Contemporary Issues and Complexities', deals with the development of white-collar crime jurisprudence, and the contentious legal issues at present in this area of law.

The authors highlight that white-collar crimes cost India billions of rupees every year. India has made positive strides to deal with the surge in white-collar crimes by empowering its enforcement agencies such as the Central Bureau of Investigation (CBI), Serious Fraud Investigation Office (SFIO), the Directorate of Enforcement (ED), the Directorate of Revenue Intelligence and the Economic Offences Wing (EOW) and so on, and by bringing about a number of regulatory and legislative changes. The authors state that while the increasing emphasis on tackling white-collar crimes is a step in the right direction, it must be kept in mind that this should not come at the cost of following due process and protecting the rights of an accused person.

The book is structured into 3 complementary parts. The first part of the book deals with 'White-Collar Offences', giving an overview into what constitutes a white-collar crime and discussing the various types of white-collar crimes in different statutes. The relevant legal provisions in Indian Penal Code, 1860, Prevention of Corruption Act, 1988, Prevention of Money Laundering Act, 2002 (PMLA) and so on are dealt with. The analysis with respect to the recent 2018 amendment to Prevention of Corruption Act, 1988, is both comprehensive and enlightening. Particularly, the authors examine the newly inserted provision in the Act requiring sanction for investigation - Section 17A, in the backdrop of similar provisions which have been declared constitutionally invalid in Vineet Narain v. Union of India, [(1998) 1 SCC 226] and Subramanian Swamy v. CBI, [(2014) 8 SCC 682].

The second part of the book deals with the 'Procedural Aspects Involved'. The authors outline the procedures and practices followed in criminal law, as also applicable to white-collar crimes, by examining topics such as Complaint and FIR, Arrest, Bail, Search and Seizure etc. The protections accorded to persons by the Code of Criminal Procedure, 1973 (CrPC), and judicial precedents in the event of search or arrest by investigating agencies, are discussed in this part.

The third part of the book deals with 'Contemporaneous Legal Issues'. Topics such as Cross-border Criminal Investigations, Corporate Criminal Liability and Rule of Legal Privilege are featured in this part. The chapter on Cross-border Criminal Investigations is particularly interesting given the increasing instances nowadays of crimes being interlinked with and being committed across multiple jurisdictions. The authors have analysed the legal regime present in CrPC and PMLA, while also covering the practical aspects concerning Mutual Legal Assistance Treaty and Letters Rogatory.

Thus, the book gives the reader a nuanced analysis into several issues in the white-collar crime jurisprudence which are dynamic and constantly evolving. As Mr Sidharth Luthra, Senior Advocate, has aptly stated in the foreword penned by him, "What is fascinating is that the book not only deals with substantive law but also with procedural and evidentiary aspects, while raising contemporaneous concerns. I was particularly intrigued by the chapter on cross- border criminal investigations, as also by the focus on internal investigation referred laws and on legal privilege, which are all areas of law still under development in India… This is a stellar contribution by the authors to provide a comprehensive book which will be good for students and practitioners as a starting point."

Given the magnitude of certain white-collar offences that are coming to light and the impact it has on the economic interests of the country, white-collar crime law will only increase in significance in the coming days, making it all the more important to have insightful literature like the present book for the reference of students, lawyers and other stakeholders in the legal sphere.