Book Review- The Proof: 'Uses of Evidence in Law, Politics, and Everything Else' 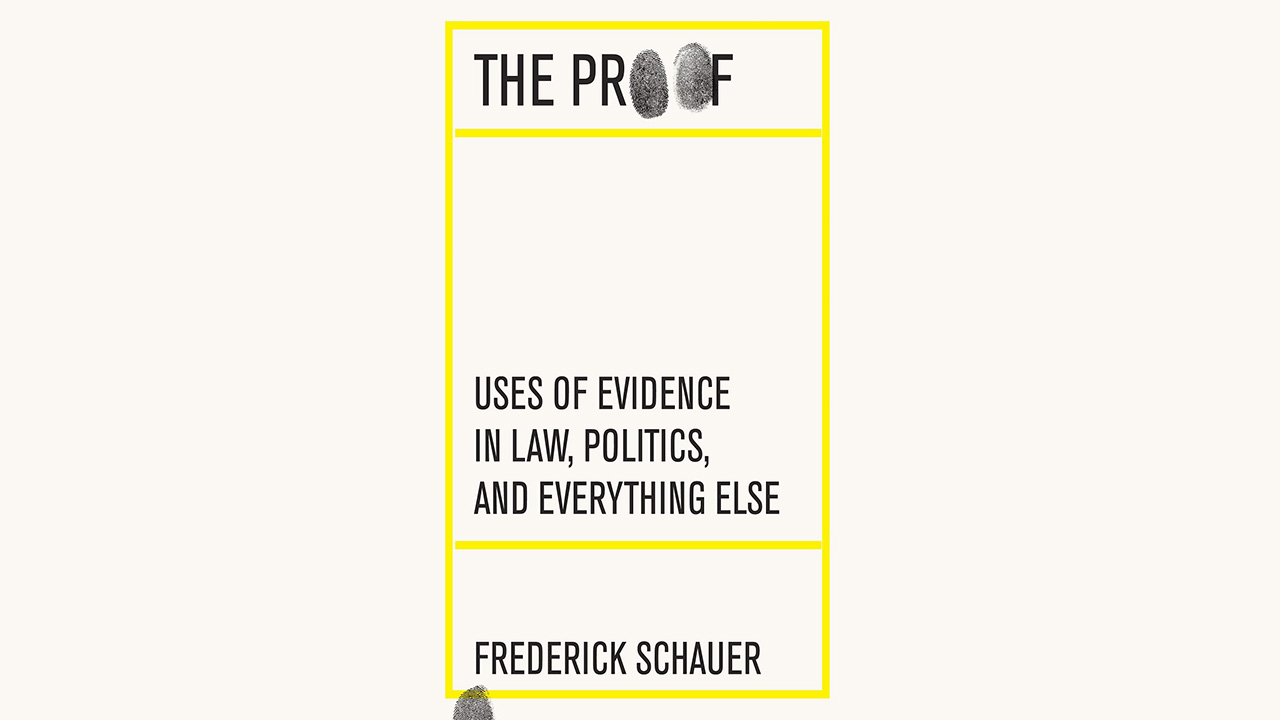 Evidence forms the ground for what we know, but at the same time, it is complex in nature not only in terms of the determination of its validity but also in terms of the degree of reliability in different contexts. The Proof by Frederick Schauer is one such book which analyses the various aspects of evidence in a detailed and innovative manner, not just from a legal perspective but also from scientific, psychological, and philosophical points of view as well.

The author, who was himself a trial court lawyer, asserts that evidence in today's world has ever-growing importance in matters concerning both public policy as well as personal decisions. While in our day-to-day lives, be it, politicians, in their speeches or newspaper reports, or even an individual in their daily routine have started emphasising on the need for evidence at the same time the same is being done without proper evaluation of the evidence.

The book is 298 pages long which includes its division into 13 chapters and references extending to 54 pages in total. These chapters consist of multiple aspects concerning evidence such as the nature of inference, burden of proof, statistics, Experts' advice, oral evidence, etc. Each of these chapters deals with a concept that is commonly known in day-to-day discussions of evidence law, however, the same has been dealt with multiple novel perspectives that help in gaining an altogether new insight over these topics.

For instance, while discussing the concepts of prior and posterior probability, the author talks about the Bayes Theorem which highlights how with the gathering of every additional evidence, whether in a serial or incremental manner, we reach a conclusion. Thus, a person commences with some probability of getting to a conclusion, and with each additional evidence gathered by him/her, he/she considers the conclusion accordingly. But in order to determine whether such evidence is actually reliable enough for being 'evidence for the conclusion,' we see that if the same fact raises the possible likelihood of some conclusion, which won't be the case in the absence of this fact. Further, almost every other piece of evidence has a form of double aspect attached to it such that not only is it based on evidence, but is also a reflection of evidence for something else. Therefore, while looking at all the pieces of evidence available compatibility has to be struck in a way such that all those pieces explain one particular hypothesis or conclusion, that best explains all of them. Classification is also to be drawn in the way a piece of evidence that may justify investigation may not justify conviction but evidence that may not single-handedly assure conviction can still facilitate the pre-arrest investigation.

The author, in addition to this, discusses the varied forms of evidence facilitating investigation, which includes statistics and also concepts like profiling which although, widely condemned and prohibited, still exist at an unofficial level to a larger extent. He then elaborates as to how even if in case of profiling, where statistical evidence may also be there to justify the same, such as men over the age of seventy have worse hearing/memory compared to younger ones, they shouldn't be claimed as justifiable evidence as there has to be a distinction between 'epistemic arguments' and 'normative one'.

Another interesting viewpoint in the book is with regards to the varied forms of the burden of proof, which includes Beyond Reasonable Doubt, Preponderance of Evidence, and also Clear and Convincing. The following were explained using the case of O.J. Simpson, wherein in cases concerning criminal aspects, the courts require the prosecution to prove beyond a reasonable doubt. However, when it comes to the civil aspect a greater weightage is given to the Preponderance of Evidence, also referred to as the balance of probabilities in British Commonwealth Countries. When it comes to clear and convincing, it is somewhere between (heavier than) preponderance of evidence and (lighter than) beyond a reasonable doubt. The pertinent question here is to think that a broad classification of determining the kind of Burden of Proof is used normally, however, what about instances that are witnessed in normal lives outside the courtrooms? Such as the burden of proof to be used by teachers to determine classroom misconduct. What about a professor who suspects a student of plagiarism? The purchaser of a second-hand car who suspects that the dealer rolled back the odometer? More importantly, even from the courtroom perspective should the determination of the burden of proof be done on case-to-case basis, or should the burden remain the same varied crimes, whether heinous or not?

Hearsay evidence is often accepted in courts, keeping in mind certain checks/cautions. The same also has types that may not be acceptable and one of them must include the 'excited utterance'. While people often claim that under great excitement or high-stress people are likely to utter things that are reliable in nature. However, the author contradicts this viewpoint by laying down emphasis on how during situations people are more likely to experience memory lapse or failure of perception and how the same must be treated as highly unreliable. Further, even in hearsay evidence, we seem to contest it on grounds of it being false or being a 'lie'- in this case, the author does an analysis on how varied forms of lies, such as paltering, may or may not include the intention of falsity should be differentiated and treated.

Often in various legal systems, even in India, great importance is accorded to an eye-witness. The author highlights whether these eyes can actually be trusted. Mistaken eye-witness can be divided into three categories as a matter of fact- firstly, a failure of perception, secondly a failure of memory, and thirdly a failure of reporting. While inaccurate eyewitnesses may be grave in nature, especially in accordance with the Blackstonian Principle, however at the same time should it result in a willingness to suppress the few accurate eyewitness accounts to counter a larger inaccurate one? He further poses several novel questions on how perceptions, expert opinions, and photographical evidence can be deceiving in nature and therefore require a certain higher level of testing before can be fully admitted.

The book offers varied perceptions, quoting multiple recent examples of how evidence is being treated and whether the same can be done from a different point of view or not. Whether the same evidence, which already has certain checks to test its validity in legal systems, can be questioned or analyses from other parameters which we usually don't think of while dealing with instance be it at a professional or personal level. This book is a great read, not only for the theories and tests that it explains for better evaluation of evidence but also the language, very simple and coherent, that has been employed the facilitates the reader, whether having a legal background or not, understand the varied aspects of evidence.