From Doon to Tihar: Notes from Fractured Freedom 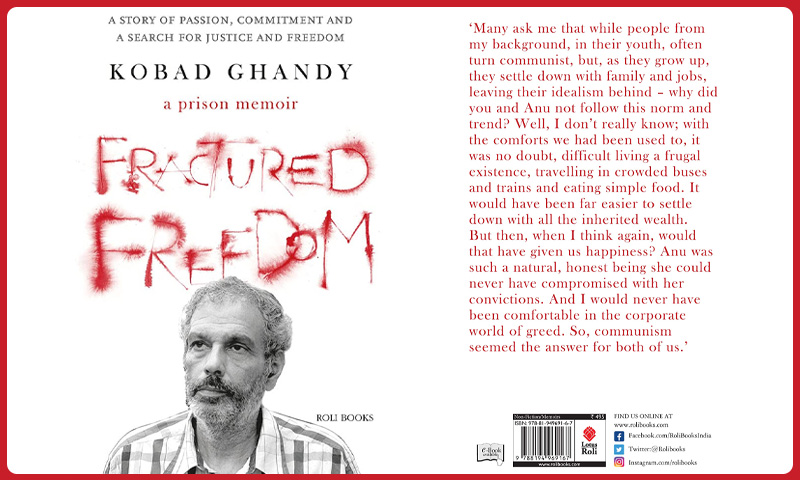 On 17 September 2009, a senior citizen of nearly 62 years with multiple health issues was dragged inside an SUV at a busy bus stop in Delhi. The 'abduction' or an arrest, as Kobad Ghandy writes in his prison memoir – Fractured Freedom was done by none other than the Andhra Pradesh Intelligence Bureau. Little Kobad knew that this arrest on his journey from Mumbai to Delhi for...

On 17 September 2009, a senior citizen of nearly 62 years with multiple health issues was dragged inside an SUV at a busy bus stop in Delhi. The 'abduction' or an arrest, as Kobad Ghandy writes in his prison memoir – Fractured Freedom was done by none other than the Andhra Pradesh Intelligence Bureau. Little Kobad knew that this arrest on his journey from Mumbai to Delhi for medical attention would initiate ten-year-long incarceration as a 'Naxal' undertrial. This memoir by Kobad is not an ordinary recollection of incidents. But a story that needs re-telling. A tale of - activism, the State's apathy and experiments with the Indian prisons (especially Tihar) and the cumbersome legal system.

Kobad's prison memoir is broadly divided into three sections. The book's first section talks about his transition from a privileged upper-class student studying charted accountancy in Britain to a communist and activist. At the same time, the second section delves into the details of his hustle with the Indian jails and the legal system. Finally, in the last section, Kobad reflects upon his relationship with communism, democracy, and struggles.

Kobad got his schooling from Doon School, Dehradun. The list of his schoolmates included names like Rajiv Gandhi, Sanjay Gandhi, Kamal Nath and Naveen Patnaik (except for Rajiv Gandhi, all the others were his classmates). On completion of his education from a top-notch school in India, Kobad moved to London for his course of charted accountancy.

However, Kobad's awakening to the consciousness of societal inequalities took place in London during charted accountancy course. The promising young man from India, Kobad, was subjected to racism. This lead Kobad on to the path of communism.

After returning from London, he, along with Anuradha (his late wife), worked for the Dalits, tribals and the down-trodden in India. In the book, Kobad has recalled his introduction to Dr. Ambedkar's reading and realisation of the problems faced by the Dalits. Fascinatingly, he has also reflected upon some Dalit movements, including the Dalit Panther movement (1973-74) and the removal of the ban from Dr. Ambedkar's book Riddles in Hinduism. Also, the movement for renaming the Marathwada University as Ambedkar University to pay homage to Baba Saheb. These historical movements were for reclaiming the dignity and honour lost due to rampant discrimination. However, the atrocities on Dalits have continued. Incidents like the Khairlanjimassacre exposes the fault lines at which India stands. In the horrifying incident of Khairlanji, an entire Dalit family was brutally lynched by 50-60 upper-caste villagers. The mother and daughter were paraded naked in the village and were gang-raped. The corpses of the family members were callously thrown into a canal. Further, Kobad notes that the brutality emerged from the insecurity of the upper-caste from the economic independence and cultural awakening of the Dalit family in Khairlanji.

This massacre affected Kobad, and he started devoting more of his time to the marginalised until he was arrested in Delhi.

Tyranny of Tihar and the justice administration system

After being arrested on the charges of being a member of the banned Communist Party of India (Maoist), Kobad was sent to Tihar jail as an undertrial. In this prison memoir, he recalls the despair state of Tihar. Far from rehabilitation and punishment, the jail was meant to break down a person. According to Kobad, he was 'stripped' and searched, his 'caste' was recorded. On his entry to Tihar, he was appalled to find out that his cell had a CCTV camera, where he was under surveillance round the clock. The chapter 'Life in Indian Prisons' notes the inhuman treatment of inmates and rampant corruption in Tihar. Kobad has blamed the deterioration of his health to the Indian prisons, especially Tihar.

Further, he mentions the agonising of inmates, how they are denied even basic rights. Although Kobad had arthritis, he was not provided with a 'western toilet' in one such instance. This systematic apathy against prisoners and especially against political prisoners could be observed across various cases. In 2020, unreasonable delays were made to provide late Fr. Stan Swamy (83 years then), a Parkinson's patient, with a sipper and straw. In another similar incident, Gautam Navlakha (70 years old), an accused in the Bhima Koregaon violence of 2018, was denied spectacles. Only later, the jail authorities were pulled up the Bombay High Court (HC).

Moreover, Kobad has discussed the 'Mulaqat' system. According to him, the system of mulaqat was made difficult by the staff and authorities. In Tihar, the 'booking' for mulaqat was made by phone. But, it was a tiresome process as the prison had only one telephone number for all the jails in the Tihar complex and 15,000 inmates then. It was followed by another cumbersome and lengthy process of security checks. This process would include – the first checkpoint: the PRO of the Tihar would be asked for permission to carry medicines and books for the inmates; then personal frisking would take place; the third checkpoint: passes would be issued and details verified. After passing the three check systems, screening of bags, shoes, etc., would be done. Finally, after a long wait of around 3-4 hours, the visitor would meet the inmate. However, some of these security checks were necessary. But, to wait 3-4 hours to meet the inmates and repeated security process brought humiliation to the relatives of even undertrials, let alone the relatives of the convicts.

Despite Kobad being only an 'undertrial', he was taken to around 7 jails in different states. Cases were slapped against him all over the country. However, the harshest was the scourge of UAPA, because of which getting bail became extremely difficult but eventually, he has been acquitted in case after case.

Though Kobad's journey began from voicing his concerns against racism in United Kingdoms, his return to India exposed him to other such fallacies persisting in the Indian society. Kobad's activism for the upliftment of the down-trodden was iron-handed by the State. His struggle was within his own country against the feudal structure of class and caste. But essential questions to be answered here are, if not through activism and education, how can people be uplifted, and who has to be blamed for their agony?

Further, Kobad's work mainly revolved around teaching and making the people left behind aware of rights and duties. However, the aftermath of living without freedom, being an undertrial and still face the apathy of the State and finally looking back after getting acquitted is saddening on Kobad's part. Still, there are people in Jail even after their long driven grass root works among the masses. Only a few months back, Fr. Stan Swamy succumbed to death. In Swamy's stark tale of injustice, the 84-year old died hoping for bail. The National Investigation Agency (NIA) opposed his four bail pleas. In one such plea, Swamy asked for bail on the grounds that the overcrowded prison would make him more vulnerable to Coronavirus. Even Fr. Swamy had already told the Bombay HC that he was brought healthy to Talojajail, but his condition deteriorated. The bail plea was objected by NIA on the grounds that "the accused under the garb of the current situation…. is trying to take an undue benefit of the situation". But, at last, when the Bombay HC took up the matter, it was interrupted on the account that Swamy has died.

Lastly, Justice V.R. Krishna Iyer had once said, "In our world prisons are still laboratories of torture, warehouses in which human commodities are sadistically kept and where spectrums of inmates range from drift-wood juveniles to heroic dissenters". In a sad state of affairs, to name a few – Sudha Bhardwaj, Gautam Navlakha and Anand Teltumbde are still incarcerated. The least we know now is that the freedom under draconian laws and systematic apathy remains fractured. 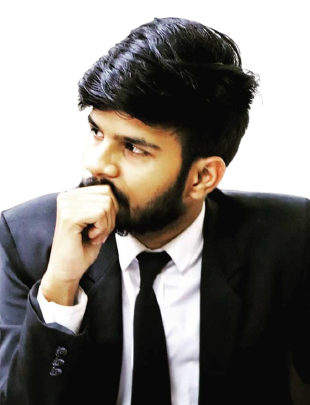