Father Stan Swamy, Undertrial In Bhima Koregoan Case, Passes Away Ahead Of His Bail Hearing In Bombay High Court 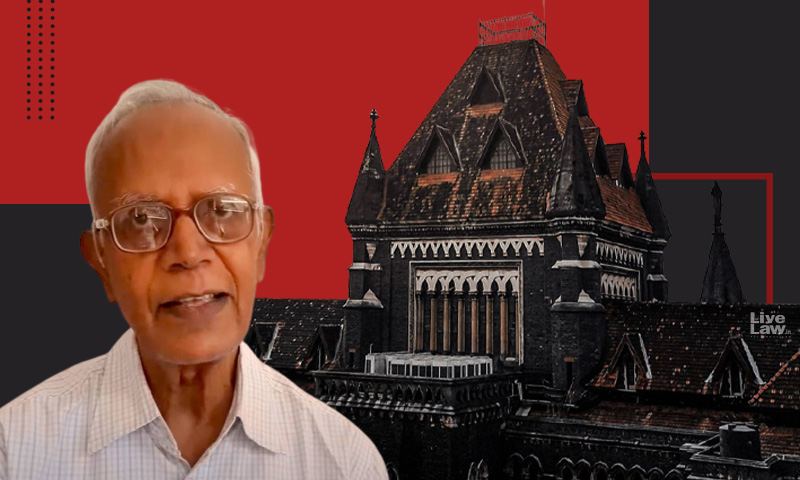 Octogenarian tribal rights activist Father Stan Swamy, an undertrial prisoner in the Bhima Koregaon case, passed away today at 1.30 PM, a month after he was admitted to a private hospital in Mumbai, following court's orders. This fact was told by Swamy's counsel to the Bombay High Court, which was hearing his application for bail on medical grounds.The Jesuit priest spent the last eight...

Octogenarian tribal rights activist Father Stan Swamy, an undertrial prisoner in the Bhima Koregaon case, passed away today at 1.30 PM, a month after he was admitted to a private hospital in Mumbai, following court's orders.

This fact was told by Swamy's counsel to the Bombay High Court, which was hearing his application for bail on medical grounds.

The Jesuit priest spent the last eight months before his hospital admission in Taloja Central prison, where his condition progressively deteriorated.

He is the last political dissenter to be arrested by the National Investigation Agency under the stringent Unlawful Activities Prevention Act in the Bhima Koregaon- Elgar Parishad Case, on October 8, 2020.

As the bench comprising Justices SS Shinde and NJ Jamadar took up Stan Swamy's bail application at around 2.30 PM today, Senior Advocate Mihir Desai, his counsel, said that the doctor who was treating the jailed Jesuit priest wanted to say something.

"It is with a very heavy heart I have to inform you that Father Stan Swamy has passed away", Dr Dsouza of Holy Family hospital Mumbai, where Stan Swamy was admitted for treatment, told the bench.

"On Saturday he went into cardiac arrest at 4.30am, we couldn't revive him", the doctor added. The doctor informed that Swamy was declared dead at 1.30 PM today.

"With all humility at our command, we are sorry to know that he has passed away . We are shocked. We passed orders for his hospital admission on the first day", the bench observed.

Senior Advocate Desai told the bench that there were no complaints with the treatment at Holy Family hospital. But he added that the same thibj can't be said about the NIA and the State. "I'm seeking a judicial probe into this as there was a delay of 10 days in taking him to hospital from jail", Desai said.

The body of Father Swamy was directed to be handed over to Father Francis, the retired Principal of St Xavier's College who was allowed to meet him in the hospital by the Court.

"He was a priest. He doesn't have family. The Jesuits are his only family", Desai told the bench.

The Court also directed the authorities to conduct his postmortem examination, as he died in custody, and deposit the autopsy report before it.

Stan Swamy was suffering from Parkinson disease and other geriatric ailments.

After Swamy filed an application seeking bail on medical grounds, the Bombay High Court on May 28th, 2021 directed the Maharashtra government to transfer ailing the 84-year-old tribal rights activist to the Holy Family Hospital from Taloja Central Jail for treatment.

While undergoing treatment, he had tested positive for COVID-19.

One of the oldest to be charged under the stringent Unlawful Activities (Prevention) Act, Father Swamy suffers from acute Parkinsons, hearing loss in both ears, has undergone two hernia operations. He also suffers intense pain due to lumbar spondylosis i.e wear and tear of the lumbar disc, and tremors in both hands.

During an earlier hearing before the vacation bench, Father Swamy had refused to get admitted to a hospital, pleading with the court to grant him interim bail so that he could be with his own. He told the court that his condition has progressively deteriorated in prison.

'I would rather suffer, possibly die very shortly if this were to go on… my deterioration is more powerful than the small tablets that they give," Father Swamy had said.

'I Would Rather Suffer, Possibly Die Very Shortly If This Were To Go On' : Stan Swamy Pleads For Interim Bail In Bombay HC

However, his counsel Senior Advocate Mihir Desai had requested the court for time to convince him to take treatment in a hospital. Finally, Desai had moved the court on May 28, on an urgent request that his condition was deteriorating rapidly. The bench led by Justice Shinde had directed the State to transfer Swamy to a private hospital immediately for 15 days.

Later, the Court extended his hospital stay from time-to-time, taking note of his critical condition.

Father Stan was arrested on October 8, 2020, and charged under various sections of the IPC and offences under the Unlawful Activities (Prevention) Act for allegedly furthering the cause of the banned CPI (Maoist) through various civil rights organisations he belongs to. He is accused, along with 15 other human rights activists.
Father Stan is the founder of Bagaicha, an organisation dedicated to empowering Adivasis, including fighting against illegal detention of minors charged with being Maoists. The NIA has claimed that Bagaicha is connected with Vistapan Virodhi Jan Vikas Andolan (VVJVA) and the latter is also a frontal organisation of the CPI (Maoist).