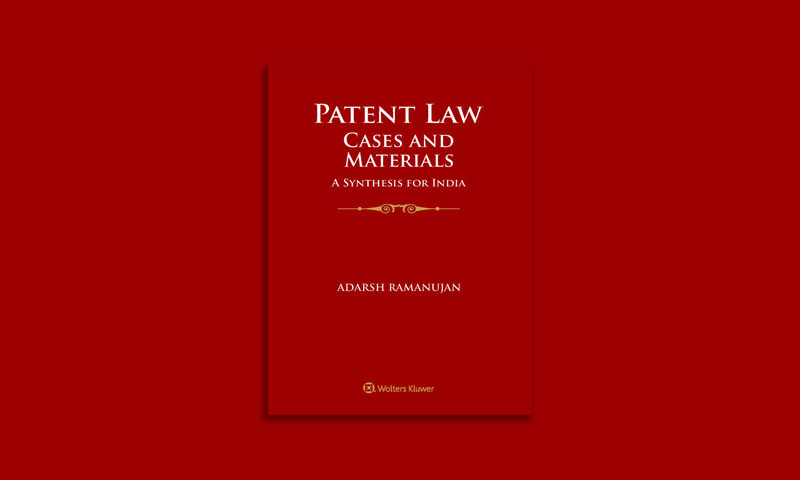 There can be few things more challenging than writing a treatise or commentary on Indian patent law. This is because of the relatively low volumes of patent litigation and very few quotable precedents from Indian courts. In the last fifteen years, since Indian patent law was amended to bring it in line with the Agreement on Trade Related Intellectual Property (TRIPs), we have seen only...

There can be few things more challenging than writing a treatise or commentary on Indian patent law. This is because of the relatively low volumes of patent litigation and very few quotable precedents from Indian courts. In the last fifteen years, since Indian patent law was amended to bring it in line with the Agreement on Trade Related Intellectual Property (TRIPs), we have seen only two patent law commentaries – the 'Law of Patents – With a Special Focus on Pharmaceuticals in India' by Dr. Feroz Ali Khader now a chair professor at IIT-Madras and 'Intellectual Property Rights: Infringement & Remedies' by Dr. Ananth Padmanabhan, presently the Dean of the Daksha Fellowship.

A third book to have recently joined the club is Adarsh Ramanujan's 'Patent Law: Cases & Materials – A synthesis for India'. Formerly with Lakshmikumaran & Sridharan (where we were colleagues), Ramanujan is now an independent counsel arguing IP, trade and other commercial matters before various fora.

As the name suggests, the book is not a commentary, rather it adopts a style that is popular in American law schools wherein a single book contains excerpts of various judgments that are to be taught during a course, along with short explanatory notes by the author at the end of each case pointing out the various issues of interpretation and policy in relation to the case. Having all the material in one book saves the faculty and students the time and burden of photocopying or accessing relevant judgments online for each lecture. It is relatively rare to see this format followed in a book targeted at Indian practitioners.

Running into a total of 1,668 pages the book is literally quite heavy and should have ideally perhaps been split into 2 volumes to make it easier for readers to handle the book. Of the page count, 796 pages contain the legislative text of various Indian patent legislation and rules enacted in India since 1911, the text of relevant international treaties and foreign legislation such as the UK Patents Act, 1949 which forms the basis of the Indian Patents Act, 1970. Some of these texts, such as the original Patents Act, 1970 are quite difficult to find and are invaluable for patent law practitioners because the original text of the law provides an important means to understand the amendments introduced between 1999 and 2005 pursuant to India's obligations under TRIPs.

The remaining 923 pages cover ten fundamental patent law issues in the Indian context, including fundamental patent law concepts such as novelty, inventive step, industrial application, claim constructions and infringement, remedies and compulsory licenses. The challenge of covering many of these issues in the Indian context, is that there are actually very few patent law judgments issued by Indian courts and only a small subset of those are well reasoned. The author attempts to bridge the deficit of Indian judgements by relying extensively on foreign case law from Europe, U.S. and U.K. Each chapter contain reproductions of significant chunks of foreign and Indian judgments followed by the author's notes analyzing the main issues. Unlike in the United States where any reliance on foreign judgments by American judges while interpreting American law is a contentious and divisive issue, Indian courts have traditionally been quite comfortable relying on foreign judgments from a range of jurisdictions in both public and private law cases. It maybe worthwhile for Indian judges, the Br and academia to reflect on this practice of citing foreign judgments because comparative jurisprudence is a complex area that requires a comprehensive understanding of both the domestic and foreign legal systems. In some areas like Indian contract law, the over-reliance on English precedent by Indian judges without understanding the legislative intent behind some provisions like Section 27 of the Contracts Act has led to an unintended interpretation of the law. The reliance on foreign precedent in the context of patent law is a particularly tricky enterprise given the vastly different context in which Indian patent law has been drafted and molded. Context matters while interpreting the law. India's patent law has been termed an 'access regime' unlike the patent regime of countries like the U.S. where the law is tilted heavily in favour of the patentee.

Apart from foreign and domestic judgments and the text of the statute itself, the author uses other primary material like the Ayyangar Committee Report (1959) which laid the foundation for the Patents Act, 1970 and finally, decisions of the WTO's dispute resolution bodies. The author however does not engage in an extensive review of the academic literature written on some of the issues that he covers. While I will concede the point that there is not enough academic literature on several aspects of Indian patent law, there is a lot of literature on some aspects like Section 3(d) and the Novartis case, by Indian and foreign academics which does not find any mention in this book.

The original contribution of the author is in the notes to each chapter. Most of these notes tease out the history of the provision through a reading of the statute or other historical sources like the Ayyangar Committee report. In some of these notes, the author does make original arguments regarding the 'presumption of patent validity' rules in Section 13(4) and Form 27, which could be of use to patent law practitioners in their dealings with the Patent Office and the judiciary. His views on perpetual injunctions are refreshing honest – it is rare for patent practitioners to accept that perpetual injunctions need not always be granted under Indian law in patent infringement cases. This is because injunctions as an equitable remedy are supposed to be highly discretionary with judges having considerable leeway to fashion appropriate remedies. Courts of equity were always meant to be flexible rather than rigid. Since the author has consciously avoided commenting on orders issued in interim cases, he misses out on an opportunity to engage and critique with a substantial portion of the problematic interim orders passed by the Delhi High Court in the high-value litigation over standard essential patents (SEPs) related to smartphones.

While this book is certainly not meant as an educational aid for classroom teaching, patent law practitioners may find the notes in the book useful in understanding the historical and comparative context of some of the concepts in Indian patent law. Hopefully the next few years will generate more and better reasoned judgments from Indian courts so that the second edition of this book can cite more Indian than foreign judgments.