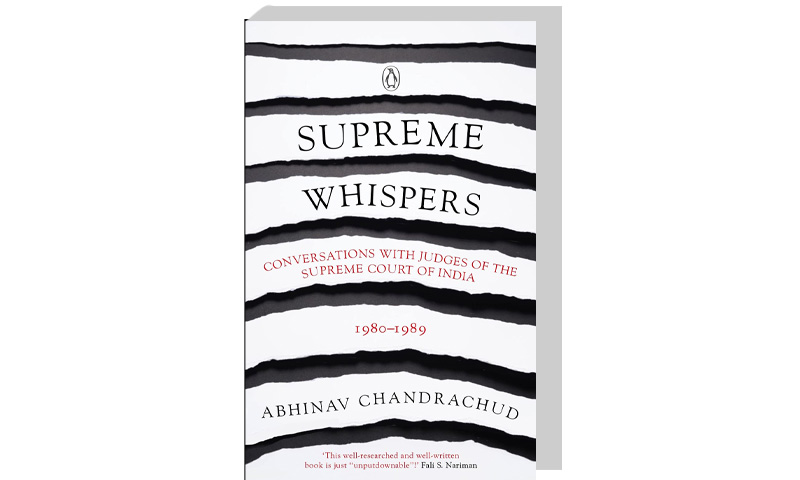 Among the three organs of government, Judiciary has great respect for its working, judgments, and impartiality, and Higher judiciary has more respect than its lower counterparts. Although we see the inclination of the judges towards the government, yet these stories of allurements could not shake the people's faith in the judiciary. It is undisputable fact that if there is a group of persons...

Among the three organs of government, Judiciary has great respect for its working, judgments, and impartiality, and Higher judiciary has more respect than its lower counterparts. Although we see the inclination of the judges towards the government, yet these stories of allurements could not shake the people's faith in the judiciary.

It is undisputable fact that if there is a group of persons who is at the highest position in the country, then there may be some problems among them with one another. Also, we can not assume that, after wearing a black gown, judges will change their ideologies compulsorily.

The Book "Supreme Whispers" written by Abhinav Chandrachud peeps in the working life of that group of persons who were at the highest position in the country before 1980 and used to enjoy utmost respect of people. This book is researched and edited form of those 116 interviews which were conducted by an American Scholar "George H. Gadbois" with more than sixty-six judges of the supreme court of India, senior lawyers, politicians, relatives of deceased judges, and court staff. These interviews began in 1980, and most interviews were conducted between April to July 1983 and March to December 1988. Each interview yielding a fascinating glimpse into the secluded world of the judges of the Supreme Court. Before his death, Gadbois gave the documents of these interviews to the author.

The book is divided into six heads, which give astonishing details about Rivalries between judges of the Supreme Court, the patterns and reasons of dissents including historic dissents of judicial history, and the reasons why there are not many dissent judgements. We also get to know about the decliners to the post of Supreme court's judgeship, the judges and lawyers who declined the judgeship of Supreme Court. The book enlightens us about the unspeaking and unheard criteria for selecting the judges in the Supreme court. Through the reading of the book, we also acquainted with the fact, how a tool for justice "Special Leave Petition" became a "Special Burden' for judges.

During one interview, Gadbois learnt that in the 1980s, though Chief Justice Y.V. Chandrachud wanted to appoint M.N.Chandurkar, Chief Justice of the Madras High Court, to the Supreme Court, Prime Minister Gandhi decided to reject that appointment merely because Chandrukar had attended the funeral of an RSS Leader.

Similarly, Gadbois was told by Chief Justice R.S.Pathak that a sitting Supreme Court judge did not want Delhi High court Chief Justice T.P.S Chawla, who was that judge's neighbour, had threatened to shoot one of his dogs.

Writing about the dissents and dissenters, Author tells us an interesting fact, that as a puisne judge of the supreme court, Justice K. Subba Rao had dissented forty-eight times during his nine-year term in the court, making him "the greatest dissenters in the history of Supreme Court" until then, but as the Chief Justice of India, Subba Rao had dissenter even once. This suggested that the Chief Justice of India had a critical role in determining the outcomes of cases decided by the court, by selecting the judges who would sit with him on the bench.

'Special leave petition' tool was a great burden on the supreme court judges, but judges were helpless to do any reform in this regard, those judges who attempted to reform the system, were prohibited from doing so by the powerful supreme court bar, because SLPs were the main source of income for supreme court lawyers. Justice A.C. Gupta and A. Vedrajan felt that they had no leisure, no time to read, once they got to the supreme court". Due to such a large number of SLPs Justice P. Jag Mohan Reddy said that "the supreme court will kill you. You have to be in good health."

During the colonial period, Judges' salary was quite handsome but it was reduced under constitution after the independence of India. Due to low salaries, Chief Justices of the prominent high court like those at Bombay, Calcutta, Madras, and Allahabad, did not prefer to be elevated as puisne judge of the supreme court because their own posts had more status than that. Also, eminent lawyers of India refused the offer to be elevated as judges due to low salaries and other personal reasons such as the possibility to not find a perfect home in Delhi and a perfect partner for their children in an unknown city.

Elevation of the judge to the Supreme court was not easy, government openly looked "committed" judges, and they were appointed on the basis of, religion, caste, and gender, as they are still appointed. Before appointment as a judge, they were also investigated by the government intelligence, to determine whether the candidate was, say, having an extramarital affair, or prone to drinking excessively. And also, those judges used to prefer for the post of Supreme Court judge, who were of high caste, and from a well-known legal family. Justice Palekar told that the chief justice of India or appointing authority liked to pick "someone whom he knows".

The title "Supreme Whispers" is perfect for this book. These are really whispers, about which people don't talk in public. Media investigates every aspect of the life of celebrities, political leaders and all those persons who are in public life but our judges are only such privileged people who are in public life but beyond the preview of media due to their hammer "Contempt of Court". In this situation, we can only rely on a person like "Gadbois", to whom judges told about their life and legal culture of the Supreme court to get personal favour from him.

This book also gives detailed information about legal history, stories behind the historic judgements, important terms used in the legal arena, and most importantly the stories behind the appointment of the legend of Supreme court. And this book is the best recommendation for every person who is from law and wants to read informative and interesting stories of the legal history of India.