The Many Symptoms Of Tax-Efficient Behaviours 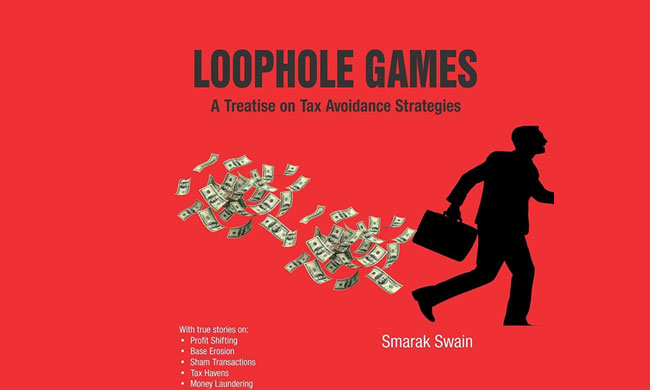 Taxes are a big levy on regular income of a person, or a corporate body. But tax burden on salaried individuals and big corporates are vastly different. An off-hand number crunching tells us how taxes take away most of what we make from our sweat and intelligence. For instance, in India you have to pay Rs. 30 as income tax on an income of Rs. 100 (assuming you are in the highest...

Taxes are a big levy on regular income of a person, or a corporate body. But tax burden on salaried individuals and big corporates are vastly different.

An off-hand number crunching tells us how taxes take away most of what we make from our sweat and intelligence. For instance, in India you have to pay Rs. 30 as income tax on an income of Rs. 100 (assuming you are in the highest bracket). Of the rest, your savings are Rs. 25 and your expenses are Rs. 45. The expense of Rs. 45 – on PVR tickets, beauty products, holiday trips, and eat-outs – includes a GST levy of about 12%, that translates into another Rs. 5. So effectively you pay 35% of your salary as taxes.

A new book titled Loophole Games: A Treatise on Tax Avoidance, written by Smarak Swain, reveals these many methods of dodging taxes. It also reveals how taxation (or the efforts to escape it) affects corporate behaviour.

Why would an Indian start-up create a parent company in Mauritius just before it starts making profits? Through a process called externalization, many Indian start-ups are creating offshore parent companies, so that they can shift their profits to the parent company and save taxes. An unintended consequence of this is that the domicile of India's tech companies gets transferred to tax havens. Another adverse consequence is that tech companies prefer to register their IP in tax havens rather than in India.

Start-ups operating in the digital economy go a step further and install their operations and servers in Ireland or Singapore: so that they don't have to pay any tax on their revenue from e-commerce sales in India. A remote subsidiary in India undertakes software development functions.

Such smart structuring may be immoral, but not necessarily illegal. We have heard tales of HNIs who stay out of India for more than 182 days, so that they become non-residents for tax purpose, and don't have to pay tax in India on their global income. The revolution in communication technology helps them run their Indian business from abroad. It's a personal choice within the four walls of law.

But Swain plays the moral judge and complains that smart structuring is illegal; that corporate structures only create a veil which the government can demolish to arrive at the base substance of an arrangement.

He discusses multiple ways by which corporates (and also individuals) suppress their profits, shift their profits offshore, and reduce their capital gains. These schemes are available for corporates due to the complexity of accounting practices and tax laws. Swain rants about how immoral these schemes are, all through the book. But, surprisingly, he ends up illuminating us about these schemes.

This book will be a jackpot in the wrong hands, and solutions revealed by the sermonising and moralising Swain could be used by the smart entrepreneur to save some hard-earned money. I shudder to think what an entrepreneur can learn from the strategies and trade secrets of audit profession that Swain discusses in the book.

Swain, himself a senior officer of the Income Tax department, mentions more than once that the purpose of the book is to create awareness among lay people about the deviant behaviour of many corporates and HNIs. He harps that misuse of loopholes in law goes against the principle of equity. While the salaried class has no such loophole at its disposal, corporates manage to exploit loopholes and reduce their tax liability.

Swain's moralising stops at the point of equity. He does not delve further into reasons why some corporates or HNIs use legal means to reduce tax incidence. Taxes are supposed to be used for infrastructure and nation development. But are the taxes we pay translating into development? Why do some corporates consider it more fruitful to spend on CSR than to pay the government? Swain is silent on these issues.

That said, Swain's book is entertaining and informative. The chapter on hawala presents the evolution of hawala and its use in money laundering operations. The chapters on shell companies and tax havens give us frightening details of the harmful side-effects of globalisation. The true cases discussed are revelatory.

I would not recommend the book to HNIs and finance managers of corporates. Your CA must have already explained these secrets to you: reading the moralising Swain will be a waste of time. This is a fine read for enthusiasts of public policy, investigative journalists, management and law students, bored urban Naxals, and anyone generally interested in knowing the deep secrets of the world of corporate law and finance.

The author is founder of CashRich, a fintech start-up.