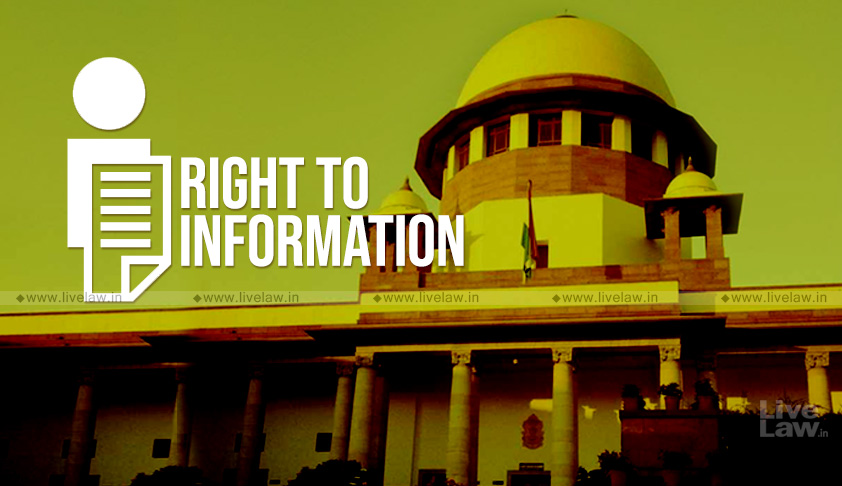 Amidst severe criticism for alleged attempts to stifle the Right to Information Act, the Centre has told the Supreme Court that it is “fully committed to implement the RTI Act and take affirmative actions to make sure there is no stifling the function of the same”, but added that it cannot give a precise time frame within which the vacant posts of Information Commissioners at the Central Information Commission (CIC) would be filled while also refusing to disclose the list of short-listed candidates and the manner of their selection.

“…it has not been a practice to disclose the list of shortlisted candidates prior to the completion of the selection process or to seek adverse information on the shortlisted candidates from the public. The search and selection committees (under the chair of the Prime Minister) evolve their own method of obtaining relevant information in respect of various candidates. However, it would not be conducive to publish such details in the manner sought. No such practice is followed in any other equivalent high-level appointments of government,” the Centre said in an affidavit submitted before the Supreme Court.

The affidavit has been filed in compliance of July 27 order of the Supreme Court by which the Centre was told to state as to how many posts it proposes to fill up pursuant to the recent advertisement for the post of information commissioners in the CIC in New Delhi.

The court had called for a response from the Centre after hearing petitioners Anjali Bhardwaj, co-convenor of the National Campaign for Peoples’ Right to Information (NCPRI), Commodore Lokesh K Batra (Retd) and Amrita Johri, a member of NCPRI, ruing how the government was stifling the RTI Act by failing to do its statutory duty of ensuring appointment of commissioners in the Central Information Commission and State Information Commissions, in a timely manner.

In response to the petition, the Centre said, “…presently there are 4 vacant posts of information commissioners in the CIC that are under the purview of the advertisement published on July 27 and suitable decision in respect of the vacancies likely to arise in future in the CIC would be taken subsequently according to requirement/ exigencies at that time.”

It also submitted that “the appointment of information commissioners in CIC is a comprehensive process that is undertaken at the highest level in the government” and referred to Section 12(3) of the RTI Act, according to which the Chief Information Commissioner and Information Commissioners are appointed by the President on the Recommendation of the selection committee comprising the Prime Minister, the leader of the Opposition in the Lok Sabha and Union Cabinet Minister to be nominated by the Prime Minister".

The affidavit says in the RTI Act, a specific time frame has not been stipulated for submission of recommendations by the selection committee, however, in practice, an adequate time is taken by the committee for careful consideration of the applications received.

“As may be kindly appreciated, this would depend inter-alia on the number of applications received and also the availability of the chairperson and other members of the committee,” it said.

In an affidavit dated August 27, the Centre said, “At this stage when the application process is still on (last date being August 31), and it is not known as to how many applications would be received, the precise time schedule within which the posts are to be filled up is difficult to be indicated.”

Not conducive to publish short-listed candidates or manner of selection

It, however, refused to disclose the minutes of the meeting of the committee or the list of short-listed candidates as prayed in the petition.

“This search committee would shortlist the eligible candidate for consideration of the selection committee headed by the Prime Minister. However, it would not be conducive to publish such details in the manner sought. No such practice is followed in any other equivalent high level appointments of government,” it said.

No appointments in 2016 pending amendment to RTI Act

On the court noting that the government had issued a similar advertisement in the year 2016 but no appointments were made, the Centre submitted that the advertisement was issued on September 2, 2016, but the process for amendment of the RTI Act was also initiated to incorporate express enabling provisions for determining the term of office, salaries and allowances payable to and other terms and conditions of service of the Chief Information Commissioner and the information commissioners of the CIC and Chief State Information Commissioner and the aforesaid selection process was not pursued pending the outcome of the process for amendment of the Act.

The petition had contended that there were four vacancies in the Central Information Commission, even though more than 23,500 appeals and complaints are pending and the government is not acting in time to fill these up.

It also highlighted how the State Information Commission (SIC) of Andhra Pradesh is completely non-functional as not a single information commissioner has been appointed to the commission while the SIC of Kerala is functioning with only a single commissioner and has more than 14,000 pending appeals and complaints pending.

That is not all. There are six vacancies in the SIC of Karnataka even though nearly 33,000 appeals and complaints are pending. The SIC of West Bengal is functioning with only two commissioners and is hearing appeals/complaints which were filed 10 years ago.

The petition also said that SICs in Gujarat, Nagaland and Maharashtra were functioning without the Chief Information Commissioner, even though the RTI Act envisages a crucial role for the chief commissioner, with the administration and superintendence of the commission vesting with the chief.

Petitioners Anjali Bhardwaj, co-convenor of the National Campaign for Peoples’ Right to Information (NCPRI); Commodore Lokesh K Batra (Retd); and Amrita Johri, a member of NCPRI; moved the apex court ruing how “the Government of India and state governments have attempted to stifle the functioning of the RTI Act by failing to do their statutory duty of ensuring appointment of commissioners in the Central Information Commission and State Information Commissions, in a timely manner”.