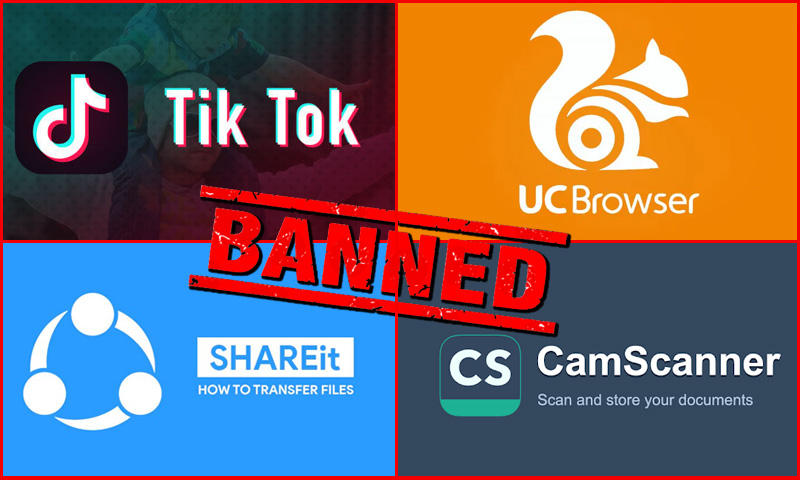 Introduction The Galwan valley clash triggered a strong anti-china sentiment in India. What ensued is a series of improbable steps ranging from the Atmanirbhar initiative to the latest PIB release dated June 29, 2020 banning 59 Chinese apps. The later assumes utmost significance in light of the Bilateral Investment Treaty (BITs) that India and China entered into in the year...

The Galwan valley clash triggered a strong anti-china sentiment in India. What ensued is a series of improbable steps ranging from the Atmanirbhar initiative to the latest PIB release dated June 29, 2020 banning 59 Chinese apps. The later assumes utmost significance in light of the Bilateral Investment Treaty (BITs) that India and China entered into in the year 2007. Though the treaty stands terminated as on 3/10/18 what still deserves attention is the "Survival or Sunset Clause" in Article 16(2) of the treaty.

Under such clauses the provisions of a treaty remain operative for a stipulated period after the termination of the treaty. In accordance with Article 16(2) of the BIT India is responsible to fulfil obligations assumed under the BIT for a further period of fifteen years from the date of its termination in respect of investments made or acquired before the date of termination of this Agreement.

The author(s) in the subsequent discussion will analyse India's action on the anvil of India's obligation as enumerated in the BIT.

India's obligations under the BIT

Article 3(2) of the BIT casts a duty upon the contracting parties to accord fair and equitable treatment (FET) to the investments and returns of investors of each contracting party at all times in the territory of the other Contracting Party. Investors in accordance with Article 3(2) are thus, protected against serious instances of arbitrary, discriminatory or abusive conduct by host States.

Notably, India in past as well has been accused of violating FET standards and currently is a respondent party in over twenty investment treaty disputes. Most, recently in the Antrix-Devas deal an award was passed against India by the Permanent Court of Arbitration for expropriation of the investments made and violation of the FET clause under the India-Mauritius Bilateral Investment Protection Agreement ("BIPA").

The FET is one of the crucial elements of any BIT. It protects investors against serious instances of arbitrary, discriminatory or abusive conduct by host States. However, as discussed in the case of Saluka v. Czech Republic, the FET obligation "does not prevent host States from acting in public interest even if such acts adversely affect investments".

Article 14 of the BIT is a notable exception to the FET obligation. In accordance with section 14 actions taken in furtherance of safeguarding the security and privacy of the state will not qualify as a violation of the FET standard. Thus, India in exercise of its power under Article 14 of the BIT can take steps that though, will cause economic losses to Chinese Investors and interferes with their investment rights, are however, necessary to safeguard the security interest of the country.

Essentially, invocation of powers under Article 14 are to be justified on grounds that; first the action was taken in accordance with laws and second the action is not manifestly arbitrary. Additionally, the conduct of the investor is yet another factor taken into consideration while assessing the breach of the FET standards.

Whether the ban has been imposed in accordance with laws

The PIB notification read that the apps were blocked in accordance with section 69A of the Information Technology Act, 2000 (the Act) read with relevant provisions of Information Technology (Procedure and Safeguards for Blocking of Access of Information by Public) Rules 2009 (Rules). As per section 69A the Central Government can block the access by public if the information is in contravention with the sovereignty, integrity, security etc. of the country. Appositely, posed with a possibility of an external armed rebellion and the strategic interest that India sought to achieve with the instant ban warrants the invocation of Section 69A.

PIB notification did not specify under which rule the notification was issued. However, it's apparent from the procedure followed that the ban has been imposed as an interim measure under Rule 9 citing existence of an 'emergency' which demanded immediate action. When such interim measures are taken, an examination committee under Rule 7 has to be constituted within 48 hours which then either disapproves or approves the blocking request. In compliance with the same the app companies have been presented with an opportunity to appear before the committee and put forth their case before the same.

The ban prima facie looks consistent with the provisions of the Act. However, there are challenges that have surfaced against the procedure. For instance, Internet Freedom Foundation (IIF) raised it concerns sating that the ban has been imposed through a press release and not a legal order as envisaged under 69A(1). IFF's claim probably stems from the reason that PIB unlike Gazette of India is primarily for the purpose of reporting government policies, programmes, initiatives and achievements. Per contra Gazette is the traditional mode of notifying laws, bye laws, order etc. in India

However, a reference to Rule 9(2) read with section 69A(2) explicates why Central Government was not obligated to issue a legal order, the one that IFF is hinting at. Rule 9(2) reads that directions are to be issued by Secretary, Department of Information of Technology to the concerned person or intermediary for blocking the access.

The IT Act is silent about the manner of publishing or notifying the direction. Thus, any challenge to the legality of the same on grounds that it was intimated through a press release is unfounded and untenable. More so, as observed in the case of B. K. Srinivasan vs. State of Karnataka that people must be made aware of the law and changes made to it either through, the Official Gazette or some other reasonable mode of publication.

Whether the ban is manifestly arbitrary

Prohibition of arbitrariness is one of the crucial elements of the FET standard. In its ordinary meaning, "arbitrary" means "derived from mere opinion", or "founded on prejudice or preference rather than on reason or fact". It deprives the investors of its rights, without a legitimate purpose and rational explanation.

The apps were banned for their alleged involvement in activities which are prejudicial to the sovereignty and integrity of India and was founded on complaints, reports by CERT, cyber groups etc. Maximum protection to public interest amidst escalating tension at the Galwan valley was the legitimate purpose sought to be achieved by the ban.

The ban could be challenged on grounds that instead of an aggregate ban on the 59 apps, each app and its privacy policy could have been assessed on a case to case basis. For the challenge to succeed the investors will have to establish that an aggregate ban was not the only option for India to safeguard its interests and that it could have employed other alternatives.

Unequivocally, for India the burden to prove as to how apps ranging from social media (TikTok), ecommerce (Shein), utility (Camscanner) etc. posed similar threats to data and security of the citizens will be an onerous task. The defence that India has is that when the decision was taken there was a climate of urgency in international relations and thus, a case to case analysis of the apps were not possible. Additionally, since all 59 apps followed a more or less same privacy policy an aggregate ban as opposed to an assessment on individual basis was a preventive step to ensure maximum protection against any possibility of data breach or safety of the masses.

Arbitrariness is also adjudicated on grounds of disregard to the due process of law. In the foregoing discussion considerations, both from the perspective of India and investors has been analysed.

Conduct of the Investor

The FET standards are not always imposed on the host state and the conduct of the investor can very well become a justification for the action taken up by the host state. Appositely, in 2019 Madras High Court banned TikTok on grounds that the content posted was dangerous for the children. Additionally, multiple videos targeted at misinforming the masses about the novel Corona Virus were circulated on the now infamous social media platform TikTok.

The apps banned were time and again alleged for security and privacy breaches not just in India but across jurisdictions including USA. However, despite the incessant allegations no efforts were made to improve the privacy standards of the apps. Thus, the imposition comes as a sanction to the utter disregard of the data protection standards.

In another PIB release dated July 4, 2020, Ministry of Electronics & IT has discussed the threat and National Security Risks posed by the alleged stealing and mining of data by the apps concerned. Additionally, it addressed the issue of whether the ban violates the WTO regime? However, it is still to address its obligation under the BIT.

Thus, in the coming days Investors may take India to Investment Arbitration Tribunal alleging violation of FET standards. It'll be then interesting to note as to how a fine balance is achieved keeping in mind the legitimate interest of both the parties.