A Committed Judge In A Constitutional Democracy! 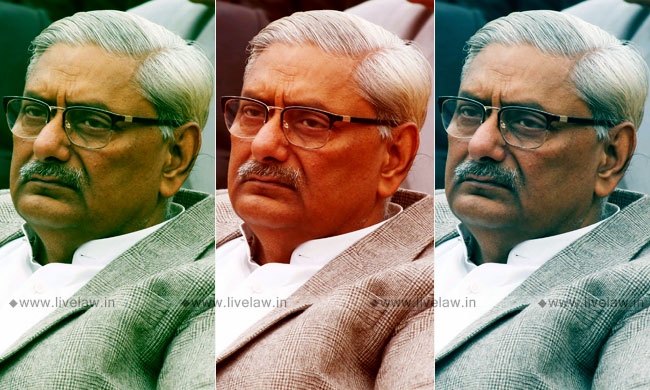 What should be the role of a judge in a constitutional democracy? Aharon Barak, former Chief Justice of Israel visualised that a judge besides dispute resolution must aim to accomplish two objectives: 'bridging the gap between law and society' and 'protecting the constitution and democracy.' Thus when interpreting a constitution or a statute, the judge must give the text a dynamic...

What should be the role of a judge in a constitutional democracy? Aharon Barak, former Chief Justice of Israel visualised that a judge besides dispute resolution must aim to accomplish two objectives: 'bridging the gap between law and society' and 'protecting the constitution and democracy.' Thus when interpreting a constitution or a statute, the judge must give the text a dynamic meaning, one that endeavours to bridge the gap between law and life's changing reality without changing the text itself. In order to achieve second objective i.e. preserving democracy, he observed that we cannot take its existence for granted or assumption that it will exist forever rather we must constantly strive for it. If democracy was precluded and wrecked in the Germany of Kant, Beethoven, and Goethe, it can happen anywhere. If we do not protect democracy, democracy will not protect us. He further writes that "I do not know whether the judges in Germany could have prevented Hitler from coming to power in the 1930s, but I do know that the lessons of the Holocaust and of the World War II era, helped promote the idea of judicial review of legislative action and made human rights crucial" [See Aharon Barak: On Society, Law and Judging]. These acrimonious experiences steered civilized world to recognize the concept of defensive or militant democracy which prescribes adequate defensive mechanisms to protect its democratic constitutional order in case it is threatened by anti-democratic forces. This also sculpted our belief that primary role of a judge in the democracy is to uphold and protect the constitution and democracy.

In this context let us examine the tenure of Justice Arun Mishra, perhaps the most contentious judge who received maximum media coverage after two preceding CJIs. He is perceived as a judge to whom all important matters were assigned (whether he was a junior judge or senior judge) where the Government had major stake. His verdict on Section 24 of the Land Acquisition, Rehabilitation and Resettlement Act, 2013 was far from bridging the gap between law and society. While trying to reconcile two conflicting judgements Pune Municipalc Corp. & Anr vs. Harakchand Misirimal Solanki (2014) decided by Justice R.M. Lodha led Bench in favour of landowners and Indore Development Authority vs. Shailendra (2018) decided by Justice Mishra led bench that overruled a judgment passed by another three-judge bench of apex court in 2014 on the question whether land acquired by the government would lapse if it fails to deposit the compensation within five years in the bank account of the landowners, held that landowners cannot contend that the amount should be deposited in court. Justice Mishra led bench passed an erroneous order (2019) for the eviction of approximately one million Adivasis and forest dwellers under Forest Dwellers (Recognition of Forest Rights) Act, 2006, which was later stayed by the SC after resilient responses and anxiety.

There are allegations that cases related to Adani group were listed before the bench of Justice Arun Mishra in violation of the SC roster, and that some of them got out-of-turn hearing. Senior Advocate Dushyant Dave had raised these allegations in a letter sent to the CJI last year. However, no action has ensued on Dave's complaint.

Four senior judges of the Supreme Court including forthcoming CJI held an unprecedented press conference against the then CJI principally against the assignment of all important matters to Justice Arun Misra. Surprisingly, Chief Justice, Ranjan Gogoi who strongly raised voice during press conference against his predecessor's master of roster prerogative too constituted a bench comprising of himself, Justice Arun Mishra and Justice Sanjiv Khanna in alleged sexual harassment case. The practice of assigning all important matters to Justice Arun Misra's bench continued even during the current regime.

Justice Arun Mishra headed a division bench that dismissed a petition demanding enquiry into the "Sahara-Birla papers" which allegedly exposed payment of large amount at different point of times to several public officials including Mr. Narendra Modi when he was the CM of Gujrat. Justice Mishra doubted the evidentiary value of these documents and labelled as "loose pages," and denied investigation. Earlier in 2015, he was part of a bench led by the then Chief Justice of India H. L. Dattu, that discarded Sanjiv Bhatt's allegations about the role of top Gujarat government functionaries in the Gujarat riots of 2002.

Justice Arun Mishra was part of the bench that heard the "Prasad Education Trust Case" popularly known as the Medical college bribery scam involving alleged payment of bribe to get a "favourable verdict" from the Supreme Court. Considering FIR filed by CBI, two petitions filed in the SC demanded a court-monitored investigation and also requested for a constitution bench of five senior-most judges of the court excluding the then CJI Justice Dipak Misra. The petitions, were originally put up on urgent basis before a two-judge bench, but, it took an unprecedented twist when CJI Dipak Misra cancelled the bench and posted it before another bench presided by himself. The petitioners fervently opposed this action of the CJI and demanded his recusal from the bench precisely on the ground that the FIR contained allegations against a bench headed by Justice Dipak Misra. CJI Misra threatened the petitioners with contempt but finally, the petitions were listed before a three-judge bench including Justice Arun Mishra (2017), which dismissed both petitions for scandalising the SC.

Justice Mishra was also a part of initial bench constituted to hear the sensational death case of Judge Loya who apparently died of a heart attack in Nagpur days after he issued summon to Union Home Minister Amit Shah to appear before him in an alleged extra-judicial liquidations proceedings by the Gujarat police. Assigning this sensitive case to Justice Arun Mishra's bench was one of the prime factors that prompted an unprecedented press conference by four SC judges. This finally led to assign Judge Loya case to a different bench but Justice Mishra remained in news constantly.

Justice Arun Mishra led bench was assigned the contentious suo motu contempt case against activist-lawyer Prashant Bhushan in spite of knowing the fact that Prashant has been a strong critique of Justice Mishra. Justice Mishra reprimanded Bhushan in his court and threatened him not to file PIL seeking re-investigation of the Haren Pandya Murder Case (2003), where Justice Mishra going against the standard practice laid down in Ghurey Lal vs State Of UP (2008) reversed all the acquittals made by the High Court and convicted all the accused and finally ensured that case is not reopened again. The Bench of Justice Mishra convicted Prashant Bhushan by scripting 108 pages long judgement without any material legal reasoning and contemptuous fine of Rs. 1/-. Even as the chief justice of Calcutta high court, Justice Arun Mishra had decided a suo motu contempt case against CM of West Bengal, Mamata Banerjee (2012) for her remarks that corruption had made inroads into the judiciary and democracy as a whole.

In 2016, he appeared in news for his proximity with the government when he organised his nephew's marriage functions in Gwalior and New Delhi which was attended by senior BJPleaders. While the Madhya Pradesh CM Mr. Shivraj Singh Chouhan attended the wedding in Gwalior, Union ministers Rajnath Singh, late Arun Jaitley and former Rajasthan CM Vasundhara Raje joined function in New Delhi. This closeness was exposed once again early this year when Narendra Modi, Amit Shah, Rajnath Singh and other top BJP leaders joined a family event of his son-in-law. His likeness for ruling party was further substantiated when Justice Mishra while delivering vote of thanks in International Conference where PM Modi was the chief guest, applauded PM as a "versatile genius" who "thinks globally and act locally and addressed him as an "internationally acclaimed visionary." The statement of justice Mishra was against judicial ethics and attracted severe criticisms from legal circles.

Since inception, successive governments have desired and attempted to restrain the role of judges. Jawaharlal Nehru, the first prime minister while explaining the confined role of judges cautioned that judges cannot go against the sovereign will of the entire community. The desire to have a committed Judiciary amplified during Indira Gandhi's regime when she appointed judges like Justice A. N. Ray who during his entire tenure tried to protect the governmental interest. Justice Arun Mishra has failed on two broad indicators of Justice Barak. For political systems that aspire to rule of law, judicial independence is indispensable and at the heart of judicial independence lies the construct of 'insularity' which refers to a state or condition of being an island or like an island. An independent judiciary enclosed by dominant executive forces must remain insulated from it at every cost and in all the situations.

(Author is a Professor of Law at NLU Odisha)