A Federal Concern - Continued Prohibition Of Liquor Supply Should End 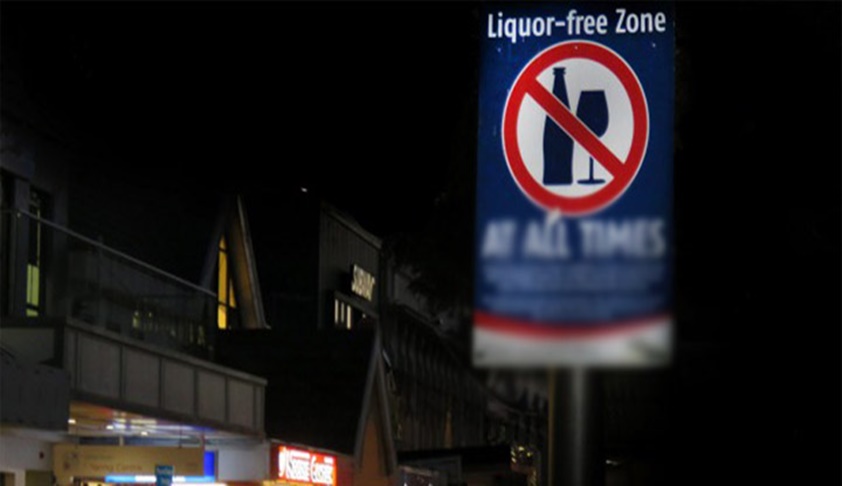 Sale of liquor has been prohibited by the central government in exercise of powers under the Disaster Management Act, 2005. This ban raises the question of expanse of this enactment. How much inflation of ambit would be constitutionally permissible given that our Constitution is Federal in character and involves elaborate distribution of powers in the Seventh Schedule as also the fact...

Sale of liquor has been prohibited by the central government in exercise of powers under the Disaster Management Act, 2005. This ban raises the question of expanse of this enactment. How much inflation of ambit would be constitutionally permissible given that our Constitution is Federal in character and involves elaborate distribution of powers in the Seventh Schedule as also the fact that, except for exercise of powers under Art. 356, the state governments cannot be superseded?

The objective of the Disaster Management Act, 2005 is to deal with disasters, their impact, and all steps necessary to alleviate, remedy and rehabilitate. The object limits the ambit of the Act. It does not matter how wide the phraseology of the provisions is. The object or purpose of the Act sets the limit. Purposive construction is today's golden rule of interpretation. RF Nariman, J observes in Shailesh Dhairyawan v. Mohan Balkrishna Lulla, (2016) 3 SCC 619

"33. We may also emphasise that the statutory interpretation of a provision is never static but is always dynamic. Though the literal rule of interpretation, till some time ago, was treated as the "golden rule", it is now the doctrine of purposive interpretation which is predominant, particularly in those cases where literal interpretation may not serve the purpose or may lead to absurdity. If it brings about an end which is at variance with the purpose of statute, that cannot be countenanced. Not only legal process thinkers such as Hart and Sacks rejected intentionalism as a grand strategy for statutory interpretation, and in its place they offered purposivism, this principle is now widely applied by the courts not only in this country but in many other legal systems as well."

That being so, can the central government prohibit sale of liquor even though sale of essential and non-essential goods have been permitted? Let us look at the three lists in the Seventh Schedule of the Constitution. The Entry 8 of List 2, the State List, read with Article 246, gives exclusive power to the States to legislate and execute with respect to the manufacture, production, distribution and sale of liquor. The Central government has no power in this respect. It cannot encroach upon the legislative domain of the States. How then the Disaster Management Act empower imposition of a temporary ban on sale of liquor during the fight against the Corona pandemic?

The Central government can rest its case on Entry 29 of List 3 of the Constitution which enables it to deal with epidemic. It may bring in the Residuary Entry 97 in List 1, the Parliament's exclusive domain, to deal with disasters. But these entries are limited to managing the epidemic and disasters. The residuary entry operates only when there are no express entries in any list. Neither of these entries would displace entry 8 of list 2. Centre can prohibit all sales or some sales, if necessary, to deal with the pandemic disaster. But if retail and wholesale sales of essential articles as well as non-essentials and food deliveries are allowed, can the retailers be prevented from supplying liquor?

It is difficult to comprehend how home delivery of liquor, particularly foreign liquor or IMFL, would result in spread of Corona. It is a non-essential commodity which can be supplied to homes on demand after wearing mask and gloves.

Notably, supply of liquor presents a vital source of revenue, along with VAT, or Sales Tax. The States need funds to remain functional and to discharge its duties, even those with respect to COVID-19. Managing the pandemic disaster brings in elements of 'Centralization' in an otherwise federal framework of our Constitutional governance, but only to enable the Central government to deal with the pandemic. The Disaster Management Act, 2005 cannot totally disrupt the states plenary jurisdiction as a federal partner. In fact, this enactment is itself carrying a federal structure for dealing with the pandemic. If, however, the goods to be supplied are selected for prohibition irrespective of linkage to pandemic management or proximate nexus with it or the classification and selection of goods for continued prohibition is palpably arbitrary then it becomes unconstitutional.

The prohibition of liquor supply is in exercise of executive power under the Disaster Management Act, 2005. The executive needs to satisfy the rationality and proportionality test. In this case, the continued ban on supply of liquor in any form, even if supplier is willing to comply with the precautionary norms and is in a position to do so, is clearly and manifestly arbitrary. There is no justification for treating it differently from other non-essentials. There seems to be an oversight that this good is in the exclusive jurisdiction of the states and its sale is much needed for revenue of the state. It adversely impacts the states economy as well as the fight against the pandemic.

It is said that there is domestic violence on account of consumption of liquor. If allowed in the present times, it would increase violence. But it is a matter for the states to consider for imposing a permanent ban. It is not a disaster management issue. It is said that the poor would divert their little income to liquor. For this reason, the whole society should be deprived, else there would be a charge of discrimination. This too is for the states to consider while devising Excise policy and rules. It may temporarily withhold supply of country liquor or raise its prices. Assuming there is power micromanaging selection of products by Central government is not a good or fair idea. The states execute at ground level and Corona situation in each of the states is different. Even within states, there are areas where there are no or little impact or situation is getting better. Hence at micro-levels, states should be left free to decide for themselves. It may be noted that the financial condition of the states is grim. Excise duty source needs to be revived to enable them to improve their financial condition. This will also help Centre as demand for funds from states will reduce. Federal cooperation combined with federal freedom is essential to economic revival of India.