A Forgotten Judgment In The Age Of Gladiatorial Roman Circus Media 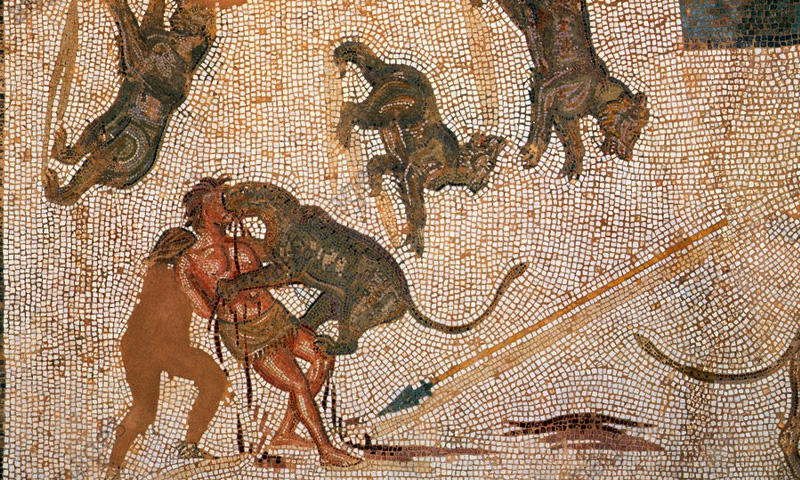 From the 3rd century BC right up to 4th century AD, the rulers of Rome devised a popular entertainment form to keep the restless population engaged, occupied and distracted. The rulers branded persons as criminals. And then there were slaves. The chosen few from this brood were brought into huge stadiums called Roman circuses, and were made to fight other gladiators or wild beasts....

From the 3rd century BC right up to 4th century AD, the rulers of Rome devised a popular entertainment form to keep the restless population engaged, occupied and distracted. The rulers branded persons as criminals. And then there were slaves. The chosen few from this brood were brought into huge stadiums called Roman circuses, and were made to fight other gladiators or wild beasts. These were fights unto death witnessed by thousands. The audience would egg on till the person is mauled to their gory death by man or beast. That this entertainment survived for 7 centuries, is a testimony of the political purpose it served, of keeping the populace entertained and distracted with brutal violence.

In a sense, the present-day television has replaced the cruel morbidity of the Roman circus. The TV anchors of today, in the absence of any deterrence, can brand any citizen, a criminal or a depraved mortal and try them on their media platform. These victims are branded and instantly stigmatized as criminals, drug users, rapists, murderers according to the convenient choice of the anchors. It is indeed strange that under the Constitution which guarantees life and liberty and a fair trial, these victims of media trial have no escape nor redress.

The unfortunate part is that not only the stigma of unproved crime tagged onto the victim, but their right to a fair trial is drowned in an atmosphere of public hysteria. The media which airs this one-sided viewpoint is under no obligation to hear the other side. They as a matter of course bring in the lynch mob into their TV stations and outshout whatever little voice of reason emanates through this odious din. Do these victims have a right to be heard? What is happening here appears grotesque by any standard. The manner in which a movie actress was branded, lynched and molested by the media almost gave away the society's desire to violate the woman's liberty and her right to a fair trial.

In the United Kingdom strict Contempt of Court Regulations restricts the media's reporting of legal proceedings after arrest and prevent prejudice to the accused persons. These rules are so designed that the accused receives a fair trial in front of a jury and prevent taint by media coverage. The newspapers like Daily Mirror and the Sun have been prosecuted under these regulations time and time again. That is a society which values human liberties.

In the din and cacophony of the gladiatorial television trials, one judgment has been forgotten, that of Life Insurance Corporation of India v. Prof Manubhai Shah (1992) 3 SCC 637. Professor Manubhai Shah was the Trustee of the Consumer Education and Research Centre (hereafter CERC), Ahmedabad. In June 1978, he published an independent full-fledged study entitled "A Fraud on Policyholders—A Shocking Story". The subject of the study was the the discriminatory practices and the working of the Life Insurance Corporation which adversely affect a large number of policy-holders. An official of the LIC published a reply to the article in LIC's in-house magazine 'Yogakshema'. Manubhai Shah sent in his rejoinder and sought publication of it in the Yogakshema. LIC refused to publish it.

Manubhai Shah filed a Writ Petition in the Gujarat High Court praying to the Court to issue a writ of mandamus directing the Life Insurance Corporation of India to publish, in its monthly magazine Yogakshema. His arguments found favour with the High Court. LIC appealed and in a path breaking judgment the Supreme Court also found merit in Manubhai Shah's argument. It held:

And went on to hold:

".. the right extends to the citizens being permitted to use the media to answer the media criticism leveled against the views propagated by him".

Of course, the basis of the decision was the fact that LIC was state and had to act fairly in accordance with article 14 of the Constitution. But what about those media channels who have complete power to violate those rights of an individual which even a state or its instrumentality is not allowed to do?

(Author is a Senior Advocate at the Supreme Court of India)