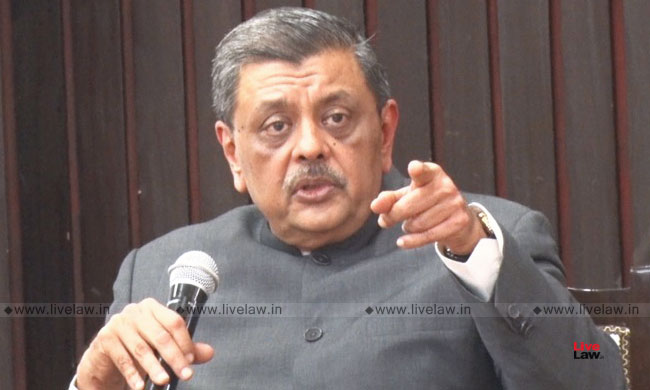 Surprisingly little comment has followed the landmark order which Justice Gautam Patel ofthe Bombay High Court passed on 21 September 2020 in a case concerning the invocation of an arbitration clause under the rules of the National Stock Exchange. In language which was as principled as it was unyielding, the judge expressed his abhorrence of a practice which has developed in recent years...

Surprisingly little comment has followed the landmark order which Justice Gautam Patel ofthe Bombay High Court passed on 21 September 2020 in a case concerning the invocation of an arbitration clause under the rules of the National Stock Exchange. In language which was as principled as it was unyielding, the judge expressed his abhorrence of a practice which has developed in recent years of litigants being allowed – sometimes encouraged – to hand over material to judges in circumstances where the opposing side would have no access to, or sight of, such material. A body of cases arising from this practice – which has been sanctified with the sobriquet of 'sealed cover' jurisprudence – does not appear to have received the attention it deserves, and many will hope that Justice Patel's recent intervention will give it a quietus.

At the root of the practice is a serious issue of fundamental importance, namely, 'equality of arms' as a standard of fair trials. This is a term that has been increasingly reiterated in recent years by courts around the world, and it occupies pride of place in jurisprudence emanating from many of the leading international tribunals as well. Put simply, it means that there should be a fair balance between the opportunities that are afforded to all the parties involved in litigation. One of the earliest occasions when the phrase 'equality of arms' made its appearance came in a case heard by the European Commission on Human Rights, Kaufman v Belgium (1986) in which the Commission noted that an inescapable corollary of the right to a fair trial was that every party before a court "shall have a reasonable opportunity of presenting [its] case to the court under conditions which do not place [it] at a substantial disadvantage vis-à-vis its opponent." The provenance of the principle itself goes back to many centuries: as any common law lawyer worth his salt will know, it is an integral part of the rules of natural justice.

It is worth noting that equality of arms applies as much to civil litigation as it does to criminal trials, though the importance of the principle has been underlined more frequently in relation to the latter. Such is the force of the concept that it is now seen as a minimum threshold requirement for the fairness of most judicial proceedings.

That said, exceptions can be – and have been – made in certain compelling circumstances, and those exceptions have been justified by a recognition that the right to a fair trial, like most other rights, is not absolute. A striking example can be seen from the introduction, in the UK, of a system of 'Closed Material Proceedings' (CMPs) over a decade ago under which sensitive material can be accessed by the judge conducting certain proceedings and not by any of the defendants in those proceedings. The system was originally confined to immigration cases involving national security issues, but it was extended to other types of proceedings – including a range of courts and tribunals – subsequently, and a law passed in 2013, the Justice and Security Act, explicitly authorised its use in civil proceedings.

Crucially, the CMP system is subject to many safeguards to minimise its deleterious effects on the parties affected by non-disclosure of materials. For a start, it enjoys explicit statutory sanction, and this was considered necessary because CMPs involved a fundamental departure from common law principles of fairness. Secondly, the procedure can only be invoked when it is established to the satisfaction of the court or tribunal that wider disclosure of the material in question would harm an identified public interest – which means, for example, that a party cannot ask for its use simply to save embarrassment for itself. The interests in question must be serious enough, and clearly in the public interest: e.g. national security, international relations, or the prevention and detection of crime. Thirdly, the system allows for the appointment of a Special Advocate to represent the interests of the affected party, and this advocate will have access to the material sought to be denied to the party. He is bound by a duty of confidentiality under which he will not be able to disclose, substantively, the contents of the material to his 'client' except with the express permission of the court or tribunal and after giving the other side due notice, but will still be able to represent the party's interests as best he can. A system like CMPs will only work where there are high ethical standards, especially on the part of lawyers.

Lest an impression is created that CMPs can be resorted to lightly or cavalierly, it needs to be stressed that the system is a narrow exception to the general rule that all proceedings have to be conducted with full adherence to the principles of natural justice. Only when very strong considerations of public interest are involved will the system be invoked, and usually by the highest officials of State, viz. a Minister of Cabinet rank. It would be unthinkable to press CMPs into service in circumstances such as those obtaining in the case with which Justice Patel had to adjudicate upon.

Interestingly, when Patel J. indicated his intention to put his foot firmly down during the proceedings in question, it soon became clear why the party which was keen to tender a 'sealed cover' wanted to do so: the judge's observations – recorded with admirable forthrightness in his order – merit reproduction:

Mr Cama [counsel for the party in question] expresses an apprehension that this material will find its way into the press. I could not care less. That is not my concern. The fourth estate will do its job and I will do mine. I decide matters before me on the basis of the papers filed in Court, not newspapers delivered to my doorstep. The press exists for a reason. It has a purpose, one that it serves. I cannot and will not curtail the rights of the free press at the instance of this or that party. I refuse to proceed on the basis that the press is always irresponsible. There will be no gag orders here.

Such robustness is not only refreshing, but it stands in sharp contrast to the insouciance with which many judges in India have treated the issue of 'sealed covers' (although it has to be said, in fairness, that there have been one or two voices of dissent: an example that comes to mind relates to a case decided by the Supreme Court of India inDecember 2019 when a bench consisting of Justices R Banumathi, AS Bopanna andHrishikesh Roy expressed its disapprobation of the reliance, by a Delhi High Court judge, on 'sealed cover' material while dealing with a bail application; notably, however, that disapprobation was not quite as unequivocal as one might have expected – it failed to, among other things, recognise the essential unfairness of the procedure, noting controversially that there was "nothing wrong in the HC judge perusing the [contents of the sealed cover] to satisfy his conscience", if a newspaper report of those proceedings is anything to go by).

Justice Patel's approach in the matter – and his outspoken, but measured, observations – deserve to be reflected on by his colleagues at all levels of the judicial hierarchy. Those who value the impartial administration of justice and due process of law will see in them the potential for the removal of a serious blot which had defaced the Indian legal escutcheon for too long.

[Dr Venkat Iyer is a barrister and legal academic based in the United Kingdom. He can be reached at [email protected]]