Denial Of Bail On Findings Based On Sealed Cover Documents Presented By Prosecution Is Against Fair Trial : SC [Read Judgment] 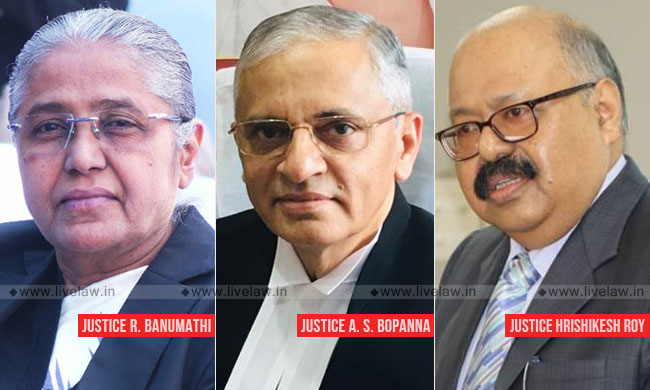 In the judgment granting bail to P Chidambaram in the INX Media case, the Supreme Court made certain pertinent observations regarding the practice of courts relying on sealed cover documents produced by prosecution during bail hearings.The SC observed that recording of findings based on the sealed cover documents submitted by the prosecution as if the offence has been committed, and using of...

In the judgment granting bail to P Chidambaram in the INX Media case, the Supreme Court made certain pertinent observations regarding the practice of courts relying on sealed cover documents produced by prosecution during bail hearings.

The SC observed that recording of findings based on the sealed cover documents submitted by the prosecution as if the offence has been committed, and using of such findings to deny bail would be against the concept of fair trial.

"It would be against the concept of fair trial if in every case the prosecution presents documents in sealed cover and the findings on the same are recorded as if the offence is committed and the same is treated as having a bearing for denial or grant of bail", said a bench comprising Justices R Banumathi, A S Bopanna and Hrishikesh Roy.

The apex court took exception to the Delhi High Court recording findings from the sealed cover notes submitted by the Enforcement Directorate. It would be open for the Court to receive the materials/documents collected during the investigation and peruse the same to satisfy its conscience that the investigation is proceeding in the right lines and for the purpose of consideration of grant of bail/anticipatory bail etc; however, the judge cannot record factual findings in the judgment from sealed cover notes, the SC cautioned

"Hence in our opinion, the finding recorded by the learned Judge of the High Court based on the material in sealed cover is not justified", the Court said.

Chidambaram's lawyers submitted that the the Delhi High Court had incorporated the contentions made in the counter-affidavit filed by the ED, as if to give the impression that they were the findings of the Court. They pointed out apparent similarities in the statements in paragraph 57 to 62 of the HC judgment authored by Justice Suresh Kumar Kait and paragraphs 17, 20 and 24 of the counter-affidavit submitted by ED.

Opposing this submission, the Solicitor General submitted that the conclusions of the Delhi High Court were based on the documents given by the ED in a sealed cover.

It was in this context that the SC discussed the propriety of High Court's reliance on sealed cover documents.

The Court said that the sealed cover notes contained allegations regarding Karti Chidambaram opening shell companies and purchasing benami properties in the name of relatives. The Court stated that it had no wish to refer to those documents any further except for mentioning the nature of allegations in them. Ultimately, these allegations need to be proved in trial, the Court said.

The Court disapproved the factual observations made by the High Court and clarified that they should not be regarded as an opinion on the merits of the allegations.

"we disapprove the manner in which the conclusions are recorded in paragraphs 57 to 62 (of Delhi HC judgment) wherein the observations are reflected to be in the nature of finding relating to the alleged offence", the SC said.

"It is made clear that the observations contained touching upon the merits either in the order of the High Court or in this order shall not be construed as an opinion expressed on merits and all contentions are left open to be considered during the course of trial".

It may be noted that similar thing happened earlier too, while the Delhi High Court considered the bail plea of Chidambaram in the case registered by CBI in relation to INX transaction.

There too, the Supreme Court disapproved the manner in which Justice Sunil Gaur had verbatim quoted from the notes given by the respondent .

"The learned Single Judge, was not right in extracting the note produced by the Enforcement Directorate/CBI which in our view, is not a correct approach for consideration of grant/refusal of anticipatory bail", the SC observed in the order passed on September 5.

In that case too, the Supreme Court had refrained from opening the sealed cover and perusing the documents on the reasoning that observations based on them might "prejudice the accused pre-trial".