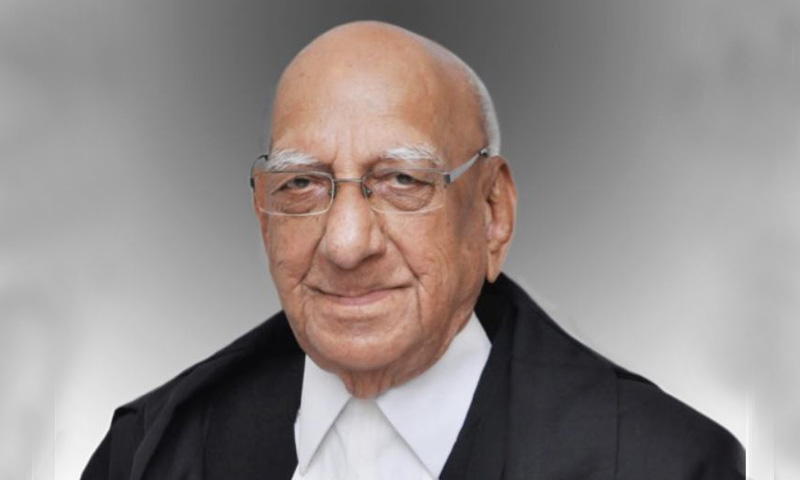 "…Through championing the rights of the most marginalized and impoverished sections of our society, Shri N.H. Hingorani has left behind him footprints on the sands of time that provide an inspiration to us all…"-Full Court Reference, Supreme Court of India, 10 September 2015It has been said that "the greatest use of a life is to spend it on something that will outlast it". These words...

"…Through championing the rights of the most marginalized and impoverished sections of our society, Shri N.H. Hingorani has left behind him footprints on the sands of time that provide an inspiration to us all…"

It has been said that "the greatest use of a life is to spend it on something that will outlast it". These words could have been written for late Nirmal Hardasmal Hingorani, a pre-Partition jurist. I had the privilege of knowing and interacting with him for more than two decades, and, today, on the occasion of his birth centenary, I take the opportunity to remember and reflect on his remarkable life.

Nirmal Hingorani was born on 1 July 1921 in Larkana, Sind in undivided India into a prominent Sindhi family. His paternal grandfather, Diwan Banasing, was a judge in Tharoo Shah, Sind, while his maternal grandfather was Diwan Man Singh of the then princely state of Khairpur (Khayrpur). His father, Hardasmal Banasing Hingorani, was also a judge in Karachi. 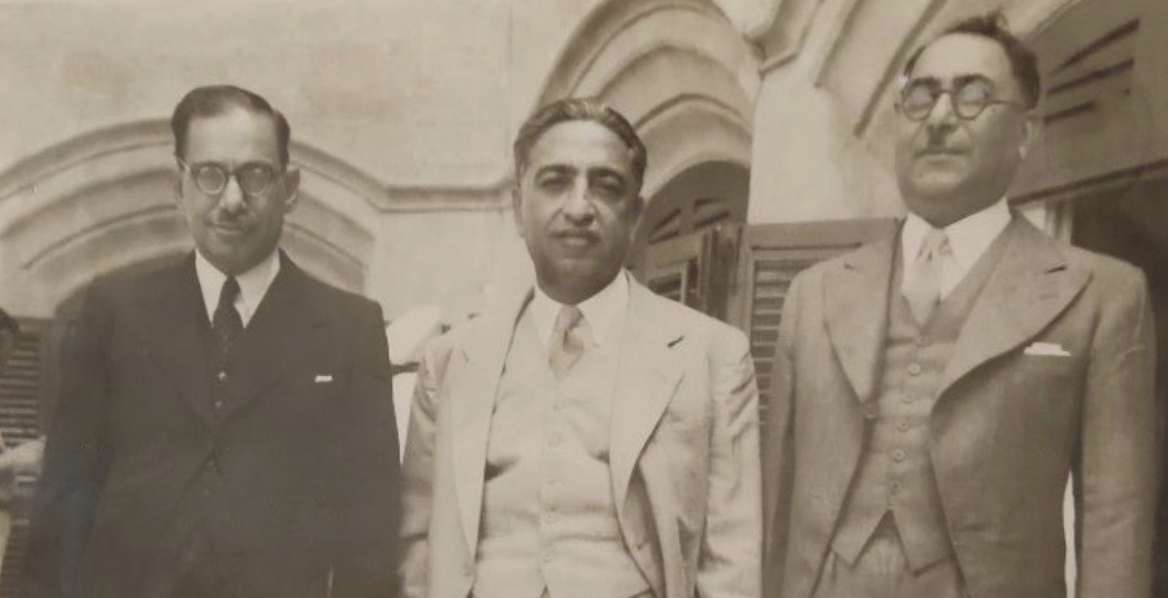 With such legal lineage, it was only natural for a young Nirmal Hingorani to take to law. He was conferred the Bachelors of Law degree on 11 February 1944 by the prestigious S.C. Shahani Law College, Karachi, affiliated to the University of Bombay, and was admitted to be an Advocate of the Chief Court of Sind at Karachi on 27 March 1946 under the Indian Bar Councils Act of 1926.

The then Chief Justice of India, at the Full Court Reference for Nirmal Hingorani, recalled his illustrious career at the Bar in Karachi:

"…From 1947 to 1952, Shri Hingorani practiced as Assistant Public Prosecutor for Sind, Karachi, and assisted the Government of Sind in resolving grave and pressing issues pertaining to the distribution of the water of the Indus River. It is a testament to his unflagging courage and devotion to the highest standards of ethics that Shri Hingorani was appointed by the Governor of Sind under the Sind Special Court of Inquiry Ordinance, 1948 as Special Counsel in the conduct of the first ever Commonwealth inquiry against a sitting chief minister – M.A. Khuhro, the then Chief Minister of Sind – on misconduct and corruption charges..."

While his parents stayed on in Pakistan till 1966, Nirmal Hingorani migrated to India in 1952 and enrolled with the newly formed Supreme Court of India. He soon established his practice, with many of his reported cases from the 1950s leading to change in law. He appeared in several important cases with Niren De, then Attorney General of India, such as the Bank Nationalization Case and the Privy Purse Case. Nirmal Hingorani was a prolific writer, reader and thinker. What set him apart was his unerring ability to get straight to the heart of any matter, provide new and innovative insights, and articulate them simply, clearly and succinctly. His work reflected the sensitivities of having lived through the era of the Second World War, witnessed the horrors of partition of the sub-continent and suffered the trauma of his immediate family being split between the newly formed countries of India and Pakistan. These momentous circumstances left an indelible mark on him and would greatly influence his work in later years for the preservation of human life and liberty and dignity. 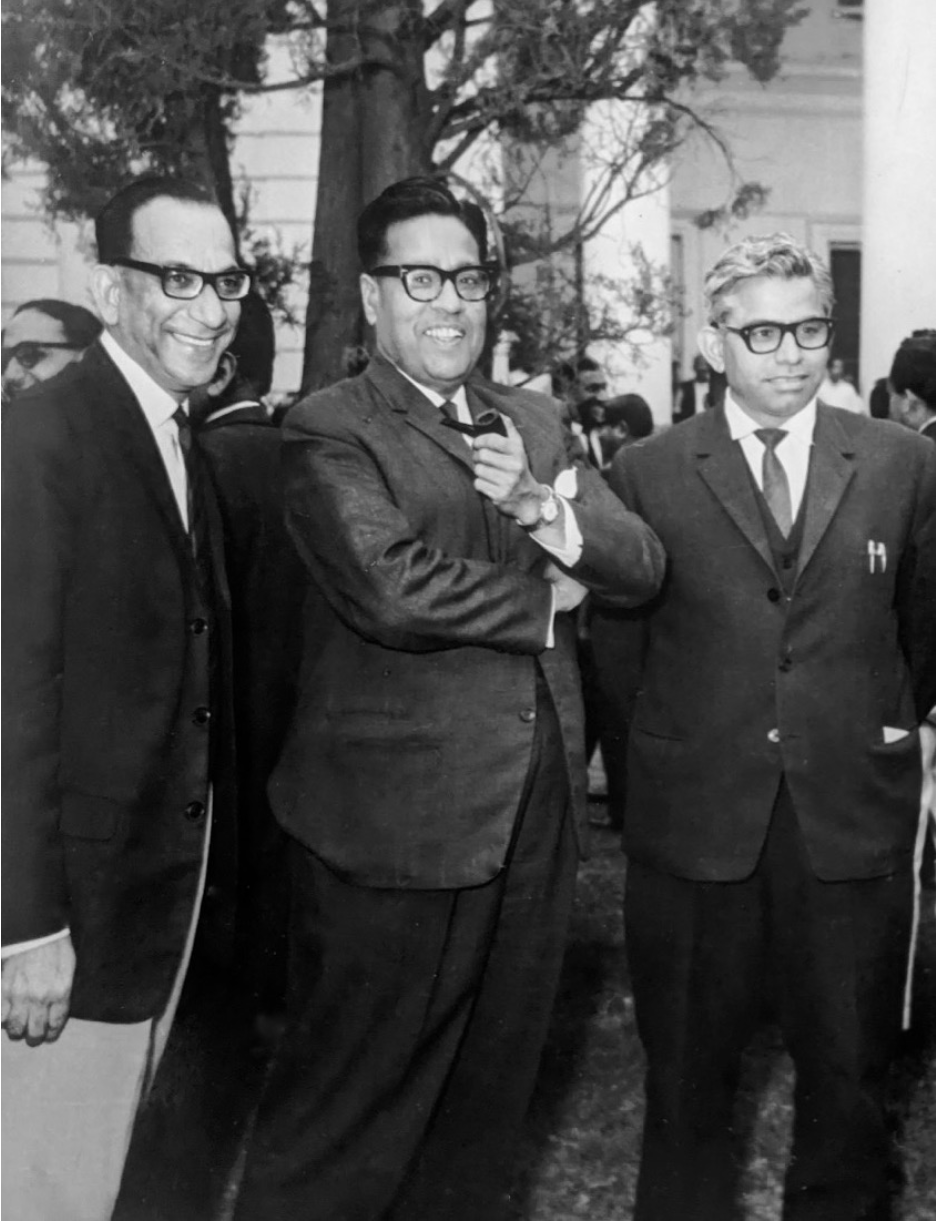 Nirmal Hingorani met his wife in the early 1960s at the Supreme Court. Pushpa Kapila (later Kapila Hingorani) was born and brought up in Nairobi, Kenya, completed her higher education in the UK, qualified as a Barrister from Lincoln's Inn, London, moved to India and started her law practice at a time when there were just three women lawyers in the Supreme Court. They clearly had varying backgrounds, experiences and personalities. And yet, they had much in common, including a strong belief in the Indian Constitution and its values.

Indeed, this is what led them to conceive and initiate the unique remedial jurisprudence of Public Interest Litigation (PIL) in India in 1979 with the Hussainara Khatoon's case. This case pertained to prisoners languishing in jail awaiting trial for cruelly long periods, at times exceeding the period they would have been in jail had they been tried, convicted and given maximum sentence and such sentence was to run consecutively. The Supreme Court had, from the time of its inception till 1979, functioned strictly within the parameters of adversarial adjudication. It was Nirmal Hingorani's novel idea to file, as an officer of the Court and a citizen of the country, a petition before the Supreme Court under Article 32 of the Constitution, based on press reports, to secure the release of the undertrial prisoners who were unknown to Nirmal Hingorani or Kapila Hingorani, and to assert that it was the constitutional obligation of the Supreme Court, as the constitutionally appointed protector of fundamental rights, to do so. This very first PIL led to the reading of the fundamental right of speedy trial as being implicit in Article 21 of the Constitution and to the immediate release of about 40,000 undertrial prisoners.

Their desire to help the disadvantaged saw the couple handling PIL actions pro bono in the Supreme Court, which, in practical terms, provided relief to lakhs of people at their doorsteps, contributed to the growth of constitutional jurisprudence and to a humane approach to law. These include the terrible case of Rudul Sah whose incarceration in jail continued for about fourteen years after acquittal (the PIL in which the Supreme Court granted for the first time, under its writ jurisdiction of Article 32, monetary compensation for the violation of a fundamental right); the horrific case of Bhagalpur Blindings by the police of suspected criminals using needles and acid; the inhuman treatment of mentally ill patients in Ranchi Mental Hospital; and starvation deaths and immolation bids by public sector employees of State Corporations in Bihar due to the non-payment of salaries for periods as long as a decade. Other PIL actions related to leprosy patients, thresher victims, bonded labour, child sexual abuse, employment of children in carpet industries, women discriminated in personal laws, workers of slate pencil manufacturing industries dying at a young age due to accumulation of soot in their lungs, dowry victims, victims of police brutality, sexual exploitation of tribal girls in public sector units, 60 million people suffering from goitre due to lack of iodised salt, devdasis, sati victims and many other disadvantaged sections of society. Their socio-legal work is being carried forward through the Kapila & Nirmal Hingorani Foundation. 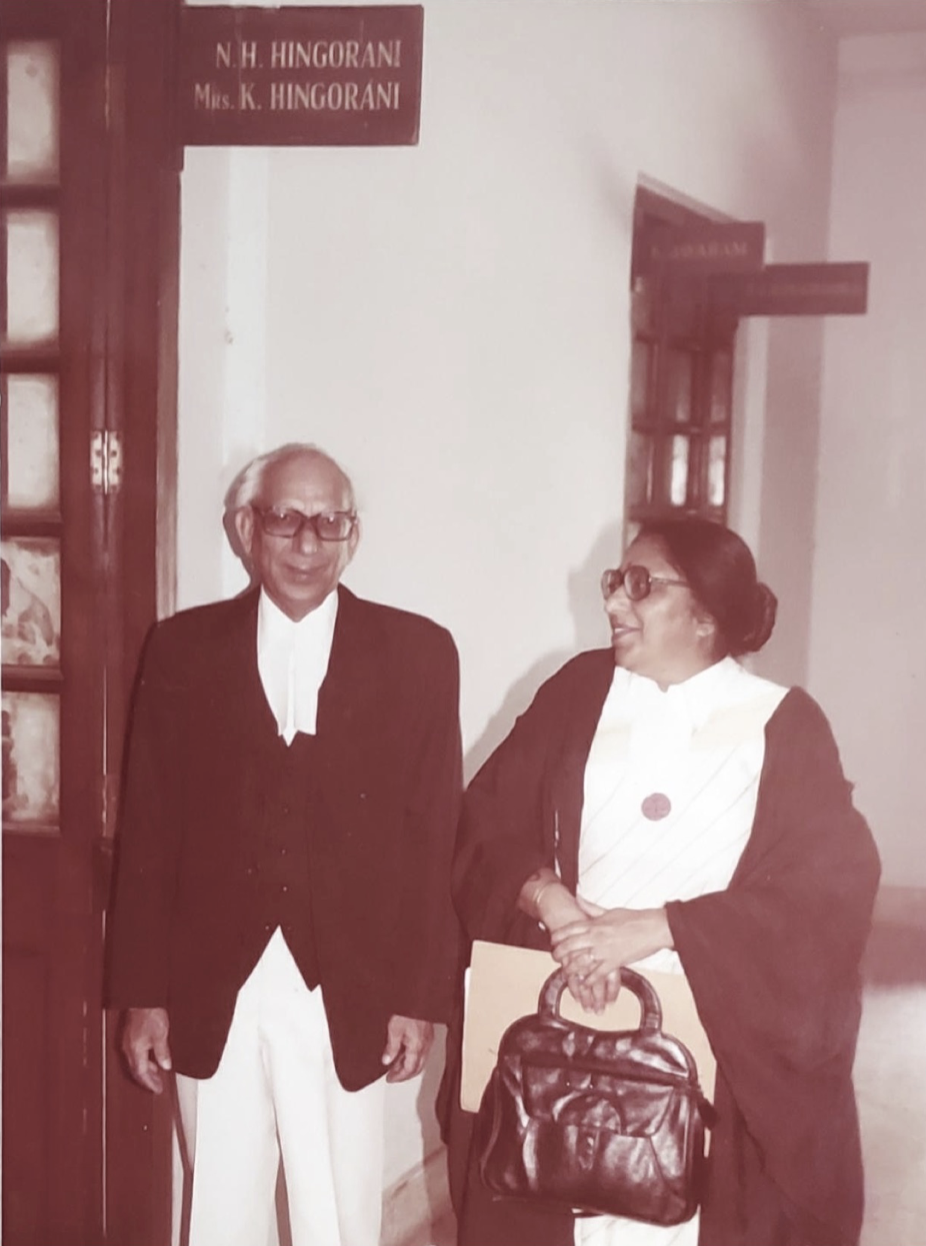 Nirmal Hingorani and Kapila Hingorani outside their Supreme Court chamber in the 1980s (Courtesy Hingorani family).

Nirmal Hingorani had a standing of nearly 70 years as a constitutional lawyer and was the senior most lawyer in the Supreme Court at the time of his demise on 21 July 2015 at the age of 94. The Supreme Court, through the then Chief Justice of India, stated at the Full Court Reference:

"… With his late wife, the revolutionary Shrimati Kapila Hingorani, he made an unparallel contribution to Constitutional Law and Fundamental Rights by filing the first ever Public Interest Litigation in India in Hussainara Khatoon's case. Together they filed and argued more than 100 Public Interest Litigation actions pro bono.
Shri N.H. Hingorani championed the rights to equality and freedom not only in his capacity as an advocate, but also in his personal life. As a husband, he was a true feminist, and provided unflagging support to his successful partner.
In his commitment to women's rights even in his most private relationships, he was a true pioneer, worthy of emulation by us all..."

Those who knew Nirmal Hingorani would vouch for this. In fact, his wife would often claim that he was more of a feminist than she herself was! Nirmal Hingorani was undoubtedly well ahead of his times. He was liberal in thought and action and was strongly committed to the respect for human values, truth and justice and the rule of law. His world revolved around his work and his family, though he did have other interests; one being collecting stamps from across the globe, some of which date back to the 19th century. The stamps from his rich collection, apart from their rarity and antiquity, mark many historical events. He was a man at peace with himself, and managed to infuse those around him with the same sense of calm and positivity.

In the words of the then Chief Justice of India at the Full Court Reference, "Shri N.H. Hingorani has left behind him a legacy that can never really go away, for he will live on in hearts and mind of us all."

The Author is an Advocate at the Supreme Court of India.