An Executive Court and a Judicial Committee: The Supreme Court's Decisions on the Internet Restrictions in Kashmir 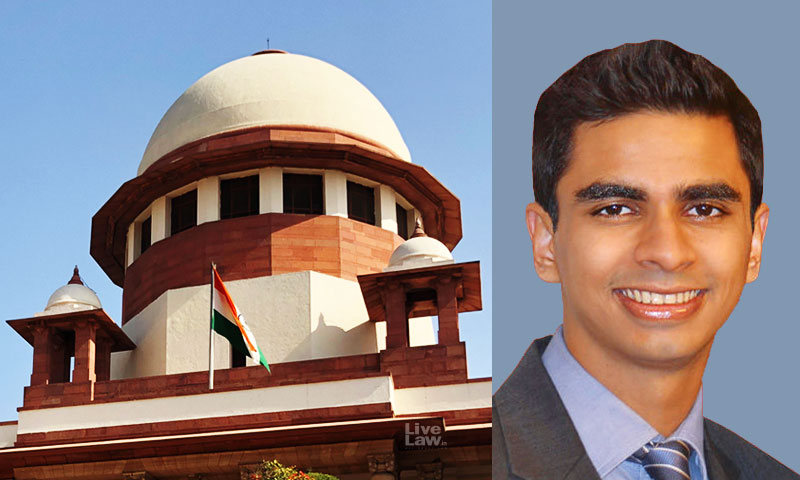 On 11 May, the Supreme Court issued its decision in a case challenging the restriction on mobile internet speed in Jammu and Kashmir. The Court neither decided whether the restriction was unconstitutional nor issued a remedy. Instead, it referred the matter to a three member special committee. The Supreme Court's decision on 11 May was a sequel to its decision of 10 January 2020. At 149...

On 11 May, the Supreme Court issued its decision in a case challenging the restriction on mobile internet speed in Jammu and Kashmir. The Court neither decided whether the restriction was unconstitutional nor issued a remedy. Instead, it referred the matter to a three member special committee. The Supreme Court's decision on 11 May was a sequel to its decision of 10 January 2020. At 149 pages collectively, the Court's decisions are relatively brief by its standards. However, they are far more revealing about the role of the Court than many other decisions of greater length and complexity.

On 4 August 2019, mobile phone networks, internet connectivity and landlines were disabled in large parts of Jammu and Kashmir, in anticipation of the constitutional changes that would follow. (As is well known, these "virtual" restrictions – frequently described as the "communications lockdown" – were also accompanied by restrictions on physical movement, with several political leaders being placed under house arrest.) The communications lockdown was imposed under the Temporary Suspension of Telecom Services Rules ("Suspension Rules"), which enable the central or state government to suspend telecom services when there is a public emergency or a risk to public safety. The Suspension Rules included a mechanism for solitary review (rather than periodic review) of suspension orders. A committee of three bureaucrats would meet once, within five days of the relevant suspension order, to determine if it was appropriate.

In its decision of 10 January, the Court addressed the question of whether the suspension orders that had been passed since 4 August 2019 – which were the pieces of the puzzle constituting the communications lockdown – were unconstitutional. In arriving at its decision, the Court prescribed a series of important principles. Even though the Suspension Rules did not specifically require their publication, the Court held that suspension orders should be published going forward. It replaced the solitary review mechanism with a periodic review mechanism – in which the review committee would be required to meet every seven days to assess the appropriateness of suspension orders. The Court also concluded that blanket suspension orders (either in terms of the duration of time for which they applied or in terms of their geographic application) would not be constitutionally permissible. However, the Supreme Court failed to decide the most important issue – whether the suspension orders were constitutionally invalid and should be set aside. This was nothing short of an abdication of responsibility. It is no coincidence that the right that guarantees direct access to the Supreme Court when fundamental rights are violated refers to "remedies for enforcement of rights". The Court may have recognised the rights at stake, but failed to enforce them and award a remedy.

Following the Court's decision, a review committee of three state-level bureaucrats met periodically to consider fresh suspension orders that gradually narrowed the scope of the lockdown. Fixed-line internet connectivity was restored (first for essential services and hospitals, later for software companies, and ultimately more widely). Access to social media websites was gradually reinstated. However, elements of the thirteen suspension orders passed between the Supreme Court's decisions of January and May seemed vulnerable to constitutional scrutiny. For example, between 14 January and 4 March, the suspension orders imposed a "white-listing" regime, under which only specifically white-listed websites could be accessed through the internet. This resulted in some arbitrary inclusions and exclusions, and an abandonment of the basic principles of net neutrality. In addition, mobile internet has continued to remain restricted to 2G speeds, well below the 4G speeds that would otherwise be available.

The restriction on speed of mobile internet was addressed in the Supreme Court's judgment of 11 May. It is easy to typecast this as a narrow restriction (slow internet versus fast internet). Examined more closely, however, this is a question of access rather than speed. Imagine using applications designed for 2020 on a mobile internet connection that is in healthy competition with dial-up internet of the 1990s. The constitutional challenge was framed with a focus on the impact of the restriction. It was argued that the restriction hindered doctors and the general public from accessing information on COVID-19, and students from accessing educational material and literature when classes in physical classrooms were not taking place. The government argued that the restriction was in the interests of national security, and was directed towards reducing misuse of the internet by terrorists and militants.

In what was virtually an action replay of its decision in January, the Supreme Court refused to determine the constitutional validity of the restriction. Even if the decision of 10 January were to be justified on the basis that the Court established a new periodic review mechanism which would consider the appropriateness of suspension orders going forward, that rationale was now no longer available. The restriction that was challenged was a product of the new review mechanism, and the Court was tasked with determining if it was unconstitutional. Instead of doing so, the Court set up yet another review committee – this time consisting of a combination of national and state level bureaucrats – to "examine the contentions" of the parties and determine whether the restriction is appropriate. To be sure, the Court did not ask the committee to report back to it with its analysis. The petitions have been disposed of, and it is the committee that will be deciding the propriety of the restriction. To state the obvious, the Court has delegated its sacrosanct obligation of determining the constitutionality of executive action to the executive.

Equally disconcerting as the Supreme Court's delegation of authority, however, is its assumption of responsibility. The Court opens its judgments of 10 January and 11 May with the surprising observation that it is the Court's role to strike a "balance" between "liberty and security". It is easy to understand why any Court would veer towards security over liberty when the question is framed in this way. However, this framing is at odds with the Court's role as an independent decision-maker. Neither proportionality nor reasonableness review requires the Court to be saddled with the responsibility of "striking a balance" between liberty and security. That is plainly the job of a democratically elected government. The Court's role is simply to determine, applying the principles articulated in its 10 January decision, whether the balance that has already been struck by the government is constitutionally permissible.

If the Supreme Court is once again called upon to determine the constitutionality of the restrictions on communication, it should not only take back the adjudicative mantle, but also hand over the executive one.