Unilateral Determination Of Fees By Arbitrators Not Binding On Parties 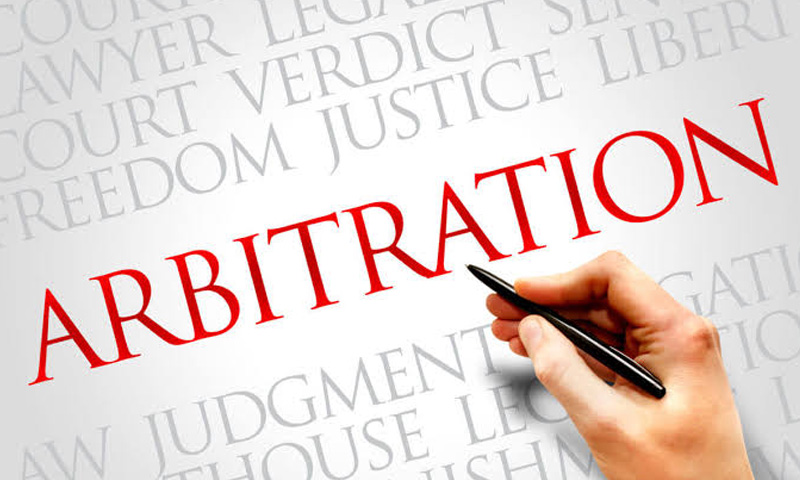 The Supreme Court in 2009 in Union of India v. Singh Builders[1] recognized the problem of retired judges charging high fees as arbitrators and dragging matters for far too long resulting in the defeat of the purpose of arbitration. Against this backdrop, on the recommendations of the 246th Law Commission, the 2015 amendment of the Arbitration & Conciliation Act, 1996 ("Arbitration...

The Supreme Court in 2009 in Union of India v. Singh Builders[1] recognized the problem of retired judges charging high fees as arbitrators and dragging matters for far too long resulting in the defeat of the purpose of arbitration. Against this backdrop, on the recommendations of the 246th Law Commission, the 2015 amendment of the Arbitration & Conciliation Act, 1996 ("Arbitration Act") introduced the IV Schedule to serve as a guide for the fees of arbitrators. However, a new problem arose.

The menace of arbitrators increasing their fees midway into an arbitration had been plaguing organizations especially Public Sector Undertakings (PSU) for a long time. Since there was no control over the powers of the arbitrators to fix their fees, the arbitrators often went beyond the terms of the arbitration agreement and fixed fees which were manifestly arbitrary, exorbitant, and whimsical. The Supreme Court in ONGC v. Afcons Gunanusa JV[2] has remedied this issue along with other ancillary issues regarding the interpretation of the IV Schedule of the Arbitration Act.

ONGC had entered into a contract for the construction of an offshore process platform with a joint venture namely Afcons Gunanusa JV ("AGJ"). Certain disputes arose between the parties and AGJ invoked the arbitration clause and an arbitral tribunal comprising three members was constituted. The fees prescribed in the contract were not agreeable to the Tribunal and they proposed that the fees be payable in terms of the IV Schedule of the Arbitration Act which the parties assented to. However, after a passage of around 2 years, the Tribunal ordered an increase of fees to Rs. 1.5 lakh per hearing per arbitrator and on ONGC's opposition to the same reduced it to Rs. 1 lakh per hearing per arbitrator. The same was still not acceptable to ONGC and it applied under section 14 read with 15 of the Arbitration Act to terminate the mandate of the Arbitral Tribunal before the Bombay High Court. Holding that the arbitration is international commercial arbitration, the Bombay High Court asked ONGC to approach the Supreme Court.

The Supreme Court when seized of the matter had ancillary matters regarding the interpretation of the IV Schedule pending and listed them together before a full bench. The Court's observations during the course of the hearings have been reported here[3], here[4], here[5], here[6], here[7], here[8] and here[9]. The judgment was delivered by a majority of Justice DY Chandrachud and Justice Surya Kant while Justice Sanjiv Khanna preferred a concurring opinion.

The Court unequivocally held that arbitrators cannot unilaterally determine their fees without the parties' consent. In the present matter, exercising powers under Article 142 of the Constitution of India, the Court terminated the mandate of the erstwhile arbitral tribunal and ordered the constitution of a new arbitral tribunal.

It further went on to provide directions regulating fees chargeable by arbitrators. In terms of the said directions, when there is an agreement between the parties, the same must be adhered to by default. In case the arbitrators are not agreeable to the said fees, they should propose new fees, and only when the same is assented to by both parties, can it be held enforceable. Further, by the directions, the arbitrators and the parties may decide on an increase in fees if substantial time lapses and its quantum. Save from the same, the arbitrators cannot unilaterally increase their fees. However, in a situation where there is no prior agreement between the parties, the Tribunal can fix fees specified in the IV Schedule of the Arbitration Act and it shall not be open to the parties to object to the same. Further issues and findings of the Court in this matter has been reported here.

Analysis Of The Judgement

On behalf of the AGJV, it was submitted that the arbitrators' powers to fix their fees emanate from section 31(8) read with section 31-A of the Arbitration Act which says that the costs of the arbitration (including fees) shall be fixed by the arbitral tribunal.

The Court rejected this submission basis on NHAI v. Gayatri Jhansi Roadways Limited[11] while distinguishing between fees and costs of arbitration. While "costs" need to be quantified at the end of the proceedings based on the outcome of the proceedings, it was held that "fees" could be determined at the stage when the tribunal is being constituted. The SC in NHAI had observed that in contracts where the fee structure has already been laid down, it would not be open to the arbitrators to fix fees using section 31(8) read with section 31-A of the Arbitration Act. Given the same, it was held that the power to fix costs of arbitration does not include the power to fix fees when otherwise provided.

The Court acknowledged merit in this submission and quoted various eminent jurists to substantiate the same. In the words of Redfern and Hunter, the Court compared an arbitration to a ship. While the parties are the shipowners, the arbitrator is like the captain of the ship. While the ship is in the actual control of the captain, he may be dismissed at any time if the instructions of the shipowner are not followed.

The observations of the Court in this regard are very significant. Most arbitrators who are appointed in India are retired judges. Unfortunately, due to their judicial hangover, these arbitrators are habituated to ordering and people complying with the same. This behavior continues, even after they retire from judgeship with advocates cajoling their hangover and parties being the silent sufferers. While reaffirming that the parties are the "owners" of the arbitration, the arbitrators have been discouraged from unilaterally fixing their fees.

The doctrine of prohibition of in rem suam decisions

According to the doctrine of prohibition of in rem suam decisions, arbitrators should not determine their fees unless the parties authorize them as they cannot be the judge in their cause. In Germany, where this doctrine emanates, the arbitrators could not even decide on the sum-in-dispute as it would in some way affect the fees payable to them. However, it has been watered down to allow arbitrators to decide on the latter now.

The Court relied on this doctrine to hold that it would be unethical for arbitrators to decide on their claims against the parties, especially where there is a prior agreement between them.

Even though the Court produced admirable findings, while terminating the mandate of the erstwhile arbitrators and appointing a new arbitral tribunal, the Court used Article 142 of the Constitution of India. Arguably, the Court could have exercised its powers under section 14 read with section 15 of the Arbitration Act to do so. Since judgments delivered under Article 142 lack precedential value, it makes it tough for parties who are under the same similar difficulty to obtain relief.

Arbitration as an alternative dispute resolution mechanism was losing its sheen due to exorbitant costs and inordinate delays. This judgment, with its limitations, addresses both these issues. The Supreme Court has clamped down on the menace of arbitrators charging "per sitting", "reading", "award writing" and other such frivolous heads of fees. Not only will this empower arbitration as a viable alternative to parties, but it will also encourage the arbitrators to complete their matters in time.

The author is an Advocate & views are personal