Revisiting The Age Of Consent In India 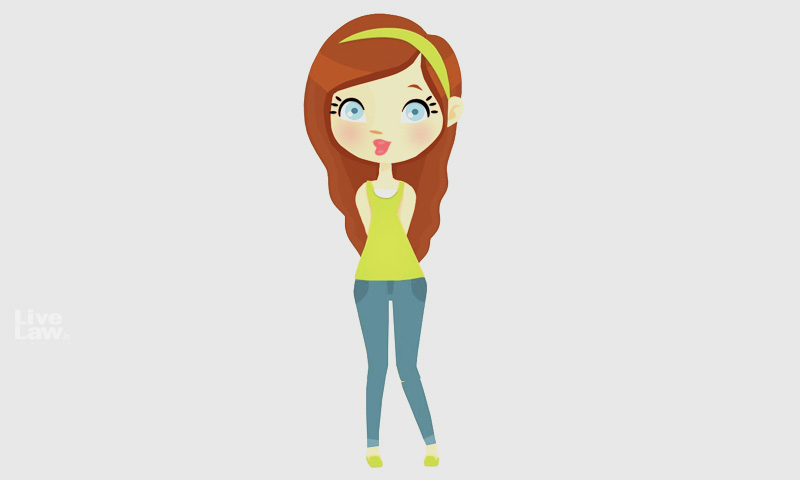 In India, the notion revolving around the legality of live-in relationships is not expressly recognized by the legislature, however, the judiciary has time and again upheld the validity of such relationships. In the landmark judgement of S. Khushboo v Kanniammal, the Supreme Court of India held that live-in relationships come within the scope and ambit of Article 21 of the...

In India, the notion revolving around the legality of live-in relationships is not expressly recognized by the legislature, however, the judiciary has time and again upheld the validity of such relationships. In the landmark judgement of S. Khushboo v Kanniammal, the Supreme Court of India held that live-in relationships come within the scope and ambit of Article 21 of the Indian Constitution. However, legal relationship is permissible only to the persons, who have reached the age of majority that is eighteen years. The recent orders (see here, here and here) by the Punjab & Haryana High Court on live-in relationships display a very limited scope and application of the fundamental rights enshrined in the Indian Constitution. The orders by this court, even while recognizing live-in relationships as part and parcel of the Fundamental rights, primarily focus upon the issue regarding the age of consent and maturity of the couple. The orders do not consider the effect of law on teenagers between age group of sixteen to eighteen (16-18), hereinafter, referred as Adolescents. This analysis is strictly confined to teenagers between age group of sixteen to eighteen (16-18) years, referred as Adolescents. As per the Indian Constitution, the right to personal liberty and the right to privacy is guaranteed to every citizen of India, however, the question which remains unanswered is that- are fundamental rights of the Indian Constitution only limited to adults?

In India, sexual assault against children was first comprehensively recognized under the POCSO Act, 2012. This act was widely acknowledged countrywide as it filled the void in Indian law against child sexual abuse that also included minor boys and trans-persons under its ambit. The 2013, Criminal Law Amendment Act increased the age of consent from 16 years to 18 years which implies that any sexual activity below the age of 18 years irrespective of their consent would amount to statutory rape as per section 375 of the Indian Penal Code. Justice Verma committee who was set up after the infamous Delhi gang rape in 2012, to bring key reforms in criminal law in India, recommended restricting the criminalization of Adolescent sex to sixteen (16) years in the POCSO and in the Indian Penal Code. However, the government at that time went ahead with eighteen years to be the age of valid consent. The objective behind this amendment was to prevent sexual exploitation of minors by adults by criminally penalizing the adult who engages in sexual intercourse with a minor. The biggest critique of this section is that it nullifies and alienates the consent of the adolescent girl and holds the adult criminally liable. This amendment in the age of consent has resulted in various challenges like- strengthening of regressive social norms including extensive family control on the adolescents sexuality, since there is no mention of live-in relationships in the legislature- this gives the executive to falsely charge the adult as well as the courts the power to adjudicate on love, romance as well as issues of eloping, compulsory reporting of sexual activity among the adolescents by hospitals and prohibition on abortion by adolescent girls without their parents' consent, has created a sense of fear amongst the adolescent which prevent them from accessing sexual and reproductive healthcare.

As per the studies conducted by 'The Hindu' in 2013 in Delhi and 2015 in Mumbai, it was seen that out of the total reported cases of sexual assault, cases of consensual sex that was testified by girls in the court, was estimated to be 30% and 23% in the respective cities. In a study conducted in Delhi by the Centre for Child and the Law, National Law School of India University (also referred to as NLSIU study) between January 2013 to September 2015, it was found that out of total 526 complaints of sexual assault under POCSO, 28% of these reported complaints (186 out of 526 complaints) were related to individuals between the age group of 16-18 years. Nearly, 90 percent of these 186 complaints resulted in acquittal after the adolescent girl refused to testify against the sexual partner. Through this study it was also found that minor girls with a higher age did not support the prosecution of committing a sexual assault because they were in a committed as well as a consensual relationship with the accused and therefore, were hesitant in charging them for statutory rape under section 375 of the Indian Penal Code. A similar study in Lucknow was conducted between April 2015 to May 2015 wherein it was found that out of the total cases filed by the parents of the adolescent daughter, the adolescent girl was in a consensual relationship in more than 50% of the cases.

The current legal understanding is that all adolescent sexual activities are rape. Such form of a regressive understanding of the law paves a path for false accusations and misuse of the law. Such thinking has various flaws, including assumptions that- (a) every sexual activity of an adolescent is a sexual assault, (b) the interests as well as the opinions of the adolescent, their families and the judiciary are similar, and (c) families always act in the best interest of their children and should have absolute control over their sexuality until they reach an age of adulthood. More importantly, who decides this age of adulthood- the law, the biological factors, the state, or the society? The 2013 criminal law amendment act lays down a very rigorous law that defines the age of adulthood based on social acceptance. However, the act fails to take into consideration the biological factors, psychological maturity, adolescent sexuality, and the possibility of them falling in love. It is imperative to understand and acknowledge the importance of each of these factors. There must be an exemption to such a law that criminalizes sexual intercourse wherein the adolescents have consented to such an activity. There must be a close-in-age exemption that dismantles such a notion and differentiates between consensual adolescent sexual activity from statutory rape. This issue has been addressed by the Madras High Court in its 2019 ruling wherein the court focused upon instituting close-in-age exemption. The Court remarked that "The Law can be amended to the effect that the age of the offender ought not to be more than five years or so than the consensual victim girl of 16 years or more. So that the impressionable age of the victim girl cannot be taken advantage of by a person who is much older and crossed the age of presumable infatuation or innocence".

In a matured democracy like Canada, there exists close in age exceptions, which allows an individual to exercise their right to bodily autonomy and privacy. As per Section 150.1(2.1) of Criminal Code of Canada, an individual who is of fourteen or fifteen years of age can consent to sexual activity, if the other person is less than five years older. There should exist no position of power between the couple, or any authority or dependency. Similarly, as per Section 150.1(2) of Criminal Code of Canada close in exceptions is also available for twelve and thirteen years old to consent for sexual activity if the other individual is less than two years older. There exists no relationship of trust, authority, or dependency.

Live-in relationships are considered taboo and a threat to Indian society, they are neither illegal nor attract criminal liability as there exists no law which prohibits such relationships. Hon'ble Justice Ganguly in Revanasiddappa v Mallikarjun stated that live-in relationships might be considered immoral in society, but it is not illegal and that such relationships should not be prohibited. The recent orders by Punjab & Haryana High Court forces us to analyze this lacuna which exist under the current law regime in India and the stigma revolving around adolescent sexuality. On one hand, the western world continuously influences the living culture in India and on the other hand we continue to live in a regressive and oppressive society where sexual intercourse between a man and a woman is socially acceptable if it is out of wedlock. Despite the guaranteed right to equality as described under Article 14 of the Indian Constitution, adolescents in the age bracket of 15-17 years are deprived of their right to personal liberty and the right to privacy due to the exploitation granted to the society. The young couples who decide to live together are often harassed and extorted at the hands of the Police, parents, family members and different members of the society. The root cause of this issue is that a woman in this country lacks the agency to give out her consent. The concept of consent must be based on the individual's psychological, emotional, and physical maturity rather than the age of majority. Right to personal liberty and right to privacy should be granted to everyone irrespective of their age. It is imperative to make a clear distinction between consensual sex and rape, as such lacunae in the law invites several challenges which can hinder the growth of Indian society.

The Authors are Advocates Practicing in New Delhi.