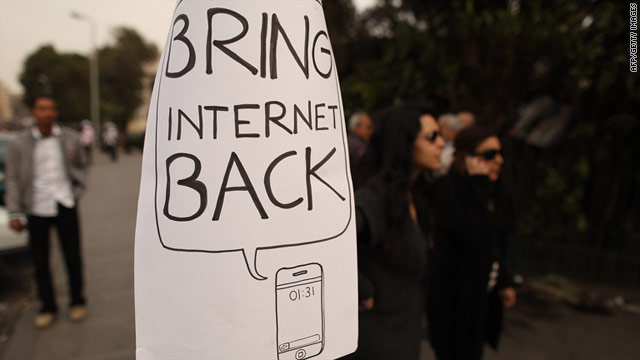 x
Internet shutdown orders over anti-CAA protests are issued in violation of procedure, fail to serve the nexus of their purported aim and go against the law of the land as held by the courts.

Countrywide protests have taken place after the passage of the Citizen Amendment Act, 2019 (CAA) and its consequences with respect to the National Register of Citizens (NRC). As a result, internet access in a number of states, like Uttar Pradesh, Assam, Rajasthan, New Delhi etc. was restricted. In certain states, the internet suspension orders were issued by state Police officers. The orders...

Countrywide protests have taken place after the passage of the Citizen Amendment Act, 2019 (CAA) and its consequences with respect to the National Register of Citizens (NRC). As a result, internet access in a number of states, like Uttar Pradesh, Assam, Rajasthan, New Delhi etc. was restricted. In certain states, the internet suspension orders were issued by state Police officers. The orders were issued for the purpose of "controlling violence and misuse by any anti-national elements through the Internet."

The question arises here whether the police have the powers to issue Internet Shutdown orders or not. This shall be followed by a discussion on the Indian courts' view on internet shutdowns, amidst the ongoing CAA and NRC protests.

The procedure which permits the restriction on Internet access has been laid down under the Telegraph Act, 1885 which contemplates Temporary Suspension of Telecom Services (Public Emergency or Public Safety) Rules, 2017 (hereinafter "Suspension Rules")

Notably, in multiple cities, including the national capital, the suspension orders were issued by the State Police officials. This goes in contrast with the Suspension Rules stated above. The Rules clearly states that the restriction on the internet can only be made by the Home Secretaries of Union or the State. State Police officials does not fall under this rank. Moreover, they also fall short of the post of the Joint Secretary to the Government of India, who has the power to issue a suspension, if in case it is not feasible for the competent authority.

Thus, the suspension orders for internet shutdowns, issued by the State Police officials are ultra vires and is not in accordance with the Suspension Rules. What becomes concerning is the fact that the Delhi High Court dismissed a petition challenging the same issue. The court observed that the shutdown was temporary and the aggrieved may take appropriate legal remedies.

Amid the CAA and NRC protests, petitions have been filed in the different High Courts on the issue involving arbitrary internet shutdowns by the officials, among others. Assam was amongst the North-East states which was directly being affected by NRC & the passage of CAA and massive protests have been going around for the same. In view of this, the state officials ordered an internet shutdown in the region on 11th December. This suspension carried on for 9 days, which was later restored by the Gauhati High Court earlier this month. The Division Bench remarked that shut down of internet services virtually amounts to bringing life to a grinding halt. The court said that there exists no evidence to prove that the Internet will be misused by anti-CAA protestors to create violence.

The countrywide anti-CAA protests started after Bill's clearance on 3 December 2019. It is pertinent to note that many students across the country from major Universities (like Delhi University, IITs etc.) have their exams scheduled in December. A shutdown on internet will certainly affect their studies. Few months back, the Kerala High Court in the landmark case of Faheema Shirin R.K. v. State of Kerala held that the right to access internet is a fundamental right and a part of the right to education and right to privacy. The court observed that the internet enables students in acquiring knowledge and quality education from all available sources.

Similarly , to curb the CAA protests, officials in West Bengal ordered suspension of internet services in 6 districts on 16th December, which was extended for over a day. The Calcutta High Court opined that restrictions on internet cannot continue for long periods unless every such extension of such prohibitory order finds support with requisite reasons of facts and materials generated from time to time.

Blanket internet shutdowns by the officials are not a reasonable tool of imposing restrictions on a fundamental right. It affects all the residents of the region in which the suspension has been imposed, irrespective of the fact whether that resident is against or in support of CAA and NRC. Any restriction to curb any free speech or rallies is not legitimate. An option of surveillance may be placed only against those from which there exists apparent and emergent threat. A similar view was taken by the Madras High Court in its Sunday hearing on Dec 22, 2019. The court directed the police to videograph DMK's proposed rally against CAA and use drone cameras, if necessary, so that the liability can be fixed on the leaders of the political parties managing the rally in case of unlawful incidents.

Apparently, the officials generally issue suspension orders under the fear of violence by the mob of protestors. This goes against the Supreme Court's mandate in Indibility Creative Pvt Ltd. v. Govt. of West Bengal, wherein the bench of DY Chandrachud J. and Hemant Gupta J. held that free speech cannot be gagged under the fear of mob violence. The court added that,

"The police are not in a free society the self-appointed guardians of public morality. The uniformed authority of their force is subject to the rule of law. They cannot arrogate to themselves the authority to be willing allies in the suppression of dissent and obstruction of speech and expression."

Additionally, Stanford University released a statistical report on internet shutdown this year. The findings of this report imply that internet shutdowns force protesters to substitute non-violent tactics for violent ones which are less reliant on effective communication and coordination.

As discussed above, Internet is highly instrumental in facilitating a wide range of rights by providing a revolutionary platform in realization of free speech, especially during countrywide protests like those against CAA. The authorities should, therefore, restrict themselves in issuing any internet shutdowns. Even if required to be issued, then it should only be made by the authorities covered under the Suspension Rules. It should be noted that internet shutdown orders do not reasonably serve the intention with which they are issued i.e. to restrict violence. The major concern raised by the state regarding the misuse of internet by anti-CAA elements has also been rejected by the courts. Reports and data are completely in contrast with the concerns raised by the officials. Therefore, as per the above analyses, present internet shutdown orders over anti-CAA protests have completely failed to serve the nexus of its purported aim and goes against the law of the land.

The Author is a 4th year student of B.A. LL.B.(Hons.) at Faculty of Law, Jamia Millia Islamia. The article was first published  here