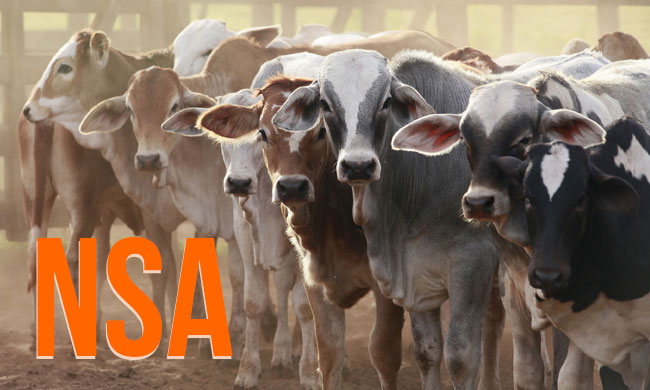 Cattle protection and animal husbandry on scientific lines form a crucial part of the smooth functioning and future progress of any economy, especially an agrarian economy. With this foresightedness, our forefathers very fittingly made a provision to promote animal husbandry on scientific lines (Article 48) in the constitution itself for the states to incorporate while formulating their...

Cattle protection and animal husbandry on scientific lines form a crucial part of the smooth functioning and future progress of any economy, especially an agrarian economy. With this foresightedness, our forefathers very fittingly made a provision to promote animal husbandry on scientific lines (Article 48) in the constitution itself for the states to incorporate while formulating their policies. Over the years, this provision which exists as a directive principle of state policy under Part IV of the constitution assumed a more concrete shape in the form of individual anti-cow slaughter laws in most states. However, contrary to most expectations, with these new laws being brought to life, a new era of communal debates and lawlessness was unleashed.

How is it that a law meant to benefit India and its agriculture began stemming contempt and became a conduit for cowing down the accused? The answer shall lie in the abuse of legal loopholes and a lack of institutional push towards allaying the fear of the masses.

This brings us to the most recent case of National Security Act,1980(hereinafter, NSA) being enforced against two men from the Agar Malwa district of MP
[1] for alleged illegal transportation of cattle(under Madhya Pradesh Agricultural Cattle Preservation Act - 1959) and disruption of public peace. NSA, a law often ranked in the same category as anti-terror laws, today is being used to clamp down upon illegal cow transporters. Notably, this reckless implementation of law has also been brought to light at several times in the past- be it the case of Bulandsheher violence in UP[2] or the failure of legal machinery during Dadri Lynchings. Institutionally, this violation suffers a severer blow when new policies like the Union Cabinet's decision of a Rashtriya Kamdhenu Aayog[3] and budgetary allocations like in the case of the state of UP to the tune of 600 crore[4] for cow protection, fail to change the discourse from religion to scientific breeding targets. Hence, through the course of this article we touch upon the rationale behind these laws, the legal loopholes in implementation with prime focus on NSA, the institutional failures and the way forward.

Before we delve into these violations and their causes, we first need to understand the source of all these laws. Notably, all state cow/ cattle protection laws owe their existence to Article 48 in Part IV of the constitution. This article states:

'The State shall endeavor to organise agriculture and animal husbandry on modern and scientific lines and shall, in particular, take steps for preserving and improving the breeds, and prohibiting the slaughter, of cows and calves and other milch and draught cattle.'

This provision was originally proposed by legislators like Pandit Thakurdas Bhargava and Seth Govind Das and was finalized as a directive in the constitution after much opposition regarding its underlying communal tone and lack of necessity. Ultimately, the requisite of modern and scientific lines ensured that the provision found a place in the constitution
[5].
How then does a law enacted with a simple intent of designing animal husbandry along the scientific lines assume such forms that the need is felt to impose an act of the equivalent of anti-terror laws like the UAPA
[6], MISA[7]?

The NSA and several anti-terror laws provide wide range of discretion to detain the accused for upto a year along with impunity from action to the authorities.

Notably, Section 3(2) of this Act enables the State Government to prevent a man from acting in a manner prejudicial to the security of the state, to maintenance of public order or to the maintenance of supplies and services essential to the community upon its satisfaction and make an order directing such a person to be detained if found necessary. Further, once a government passes an order to detain such person on grounds mentioned hereinbefore, the person shall be put under detention and the authority shall be immune for such action exercised in good faith (Section 16).

However, this act has been a tool of wide abuse in seeking enforcement of anti-cow slaughter laws and other instances where the government has sought to curb dissent like in the matter of Abdul Gaffer v. State Of West Bengal
[8] where the Apex court quashed the authorities' order of detaining an individual under the MISA(now scrapped) and went on to hold that the impugned order was nothing but an act of colourable exercise of jurisdiction.

The latest order of the Madhya Pradesh government is no different and accounts for another case of gross misuse of this Act for reasons mentioned hereinafter:

The instant order seems to be a typical case of a grim understanding of the two concepts of 'public order' and 'law and order'.This difference was brought out in the judgment of Dr. Ram Manohar Lohia vs State Of Bihar And Others
[9] where the court categorically stated that 'every breach of peace does not lead to public disorder. When two drunkards quarrel and fight there is disorder but not public disorder. They can be dealt with under the powers to maintain law and order but cannot be detained on the ground that they were disturbing public order. However, if two fighters were of rival communities and one of them tried to raise communal passions. The problem is still one of law and order but it raises the apprehension of public disorder. For the contravention of law to qualify as disrupting public order, it must affect the community/public at large.'
In the case of Aram Ghosh vs. State of West Bengal
[10], the apex court observed that it is the potentiality of the act to disturb the even tempo of the life of the community which makes it prejudicial to the maintenance of 'Public Order' no matter how reprehensible the act is. Mere apprehension may not suffice.

Therefore, despite clear tests having been laid, why the authorities still continue to loosely interpret these phrases so as to consider an offence of the nature of 'illegal transport of cattle' sufficient to 'necessitate' the evocation of the NSA is a question one is compelled to ask.

b) Order ultra vires the object of the act

The entire law pertaining to cow slaughter, illegal transport ban finds its roots in the intent of ensuring good animal husbandry practices as mentioned above. Thus, in that light, testifying such acts as being communally colored and having a potential of enraging the public only reinforces the prevalent biases of the state and falls far from its objectives.

In the words of the Apex Court in the case of State Of Punjab vs Jagdev Singh Talwandi 'While passing orders of detaining, great care must be brought to bear on their task by the detaining authorities. Preventive detention is a necessary evil but essentially an evil. Therefore, deprivation of personal liberty, if at all, has to be on the strict terms of the Constitution. Nothing less. A casual and unimaginative approach thus needs to be curbed upon.'

In this light a mere apprehension that an act might not go well with the hypersensitivity of the masses clipping the wings of the accused involved in criminal prosecution makes up for a case of a manifest violation of the constitutional ethos.[12]

Despite a flurry of laws, policies and administrative boards in place, today, the scientific intent has taken a backseat and it is the theological dictat that is deciding the course of this debate. Even if these policies are implemented with the outlook of a systematic change, it is when narratives of 'Gomata' and its immense contribution to the Indic culture from the time of Lord Vishnu to the Mughals to the era of Mahatma Gandhi are used to sell these ideas, these non-secular elements and emotions end up spreading their roots.

The earliest case of legitimizing a blanket ban on cow slaughter was that of Mohd Hanif Qureshi and ors v state of bihar when in 1958 the court upholding the anti-cow slaughter laws of states of Bihar, UP and MP stated that the country is in short supply of milch cattle, breeding bulls and working bullocks, and a total ban on the slaughter was essential to the national economy for the supply of milk, agricultural working power and manure. In this case, the court observed that the legislature is the best judge of what is good for the community in order to arrive at what shall account for reasonable restrictions in the imposition of such laws.

Hence, first, two major questions should be raised: a) Are we still in shortage of such supply for the restriction to be called reasonable? b) Does the application of mind by legislature cease to exist upon formulation of a law or should it be a perpetual exercise?

Next, a loose application of laws like the UAPA, NSA needs to be fixed at the earliest and these laws must be given a strict interpretation to do away with their inherent ambiguities. Whether public order should be considered equivalent to the class of war, national security is one argument that requires a close perusal.
[13]Further, clear guidelines for detention by the legislature or judiciary are a must.

Last, we need to understand that our constitution in itself is a thriving document and each law needs a constant revisitation. Under most state laws illegal transport, slaughter has been made a non-bailable offence. What needs to be assessed is whether the stringency of punishment and procedure falls in line with the object sought to be achieved by these acts.

Ultimately, as has been stated by the apex court in the case of Dulla And Ors. vs The State
[14] one can't ignore the fact that large sections of the community deify the cow or surround it with a halo of religious veneration. But the act (here, U. P. Prevention of Cow Slaughter Act,1955) diligently ignores as is inevitable in a secular State the religious or sentimental aspect of the subject; it views it exclusively as an economic proposition.' It is this spirit of the law that one intends the lawmakers and the judiciary to uphold.
[The opinions expressed in this article are the personal opinions of the author. The facts and opinions appearing in the article do not reflect the views of LiveLaw and LiveLaw does not assume any responsibility or liability for the same]

[13] Interpretation of Constitution through judicial decisions http://sri.nic.in/sites/default/files/Interpretation%20of%20Constitution%20through%20judicial%20decisions.pdf as accessed on 11 February 2019