Civil Rights At The Bar Of The High Courts: The Madras HC On Gag Orders And The Kerala HC On Voting Rights 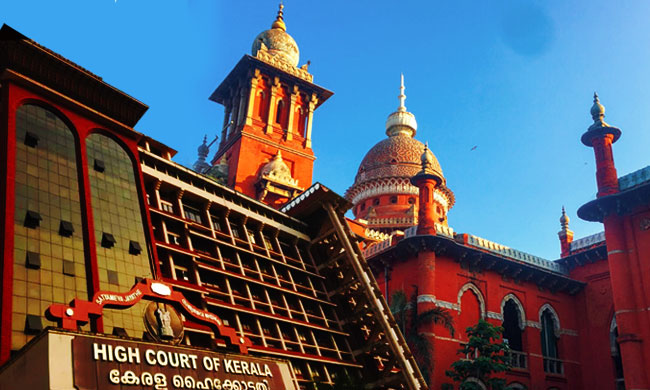 Two High Court judgments delivered this month have restated certain important constitutional principles.The Madras High Court and InjunctionsThe first is the judgment of the Madras High Court in Ms Menaka v Arappor Iyakkam, delivered on 3 June by R. Subramanian J. In this case, a politician and certain government contractors ["the Applicants"] had filed a defamation suit against the...

The Madras High Court and Injunctions

The first is the judgment of the Madras High Court in Ms Menaka v Arappor Iyakkam, delivered on 3 June by R. Subramanian J. In this case, a politician and certain government contractors ["the Applicants"] had filed a defamation suit against the Respondents. The Respondents had published certain claims regarding corruption in the award of government contracts involving the applicants. The applicants also filed for a broad, pre-trial injunction/gag order, asking the Court to "grant an order of ad-interim injunction, restraining the respondents/defendants their men and agents from in any manner, holding any press meet, releasing or distributing any statement to the Print and Electronic Media or to any one against the applicant/plaintiff and its business imputing the character or insinuating the reputation or linking the name of the applicant/plaintiff with any person(s) or defaming the name of the applicant/plaintiff in any manner, pending disposal of the above suit."

These widely-worded prayers for injunctions are an increasingly common feature of defamation suits, and are granted with frequent regularity. As I argued recently, the purpose of such prayers is to effectively shut down any speech about the applicant by the respondent, until the final disposal of the suit (which could take years). This is because the civil law of defamation comes with certain inbuilt defences (truth, fair comment, etc.). In other words, you can make a defamatory statement (i.e., any statement that lowers the reputation of the plaintiff) without committing defamation (if that statement is true, or a fair comment etc.) However, these broad-ranging prayers, in the way they are framed, effectively take away the option of defences altogether, thus settling the case in favour of the plaintiff before a trial.

In this case, however, the Subramanian J. refused to grant the injunction prayed for. What is remarkable about his judgment is how unremarkable it is: Subramanian J. reached his conclusion not by making grand statements about the freedom of speech, but simply by following the law. As he noted, the common law rule in Bonnard v Perryman was clear: if, in a defamation suit, the defendant pleaded justification (i.e., the defence of truth), then a Court could only grant an injunction if it was prima facie clear that the defendant had no chance of proving the defence at trial. (paragraph 20) Bonnard v Perrymanhad been followed by the Delhi High Court in Tata Sons v Greenpeace(paragraph 26), and continued to be good law in England (paragraphs 24 & 25) as well as in Canada (paragraph 29). Consequently, Subramanian J. held that:

An analysis of the above principles laid down in the precedents, cited supra, would lead to an irresistible conclusion that grant of pre-trial injunctions in the matters of defamation, can be resorted to only in rarest of rare cases, where the Court reaches a conclusion that there is no iota of truth in the allegations made. The Court does not possess the advantage of analysing the evidence that will be made available at the time of trial. Whether there is a semblance of truth in the allegations or not, will have to be decided on a prima facie basis. (paragraph 30)

On the facts before him, Subramanian J. found himself prima facie satisfied that the Respondents were not acting out of malice, and that the veracity of their statements would have to be tested at a trial (i.e., they could not be declared false out of hand) (paragraphs 36 – 40). That was enough for him to decline – on the basis of existing law – the prayers for injunction.

Subramanian J. also made it clear that the case presented no privacy claims, as the comments concerned a politician's official functions (paragraph 24). He, therefore, nipped in the bud what has become (of late) a disturbing tendency to invoke the Supreme Court's privacy judgment in Puttaswamy as a sword to curtail other rights, rather than as a shield against State intrusion (paragraphs 31 – 33) (a good example of this is the Ramdev injunction, which the Madras High Court expressly declined to follow).

The Madras High Court's judgment joins a slow – but hopefully steady – judicial push back against trigger-happy judicial injunctions in defamation cases – a trend exemplified by the Bombay High Court recently, as well as the Karnataka High Court lifting the gag order in the Tejaswi Surya case.

The second judgment comes from the Kerala High Court. A. Subair v The Chief Election Commissioner involved the deletion of a voter from the voting rolls, on the basis of a "house to house check." The State also argued that a draft electoral roll had been published, and objections had been invited from deleted individuals. Rejecting this argument, and reading S. 22 of the Representation of the People Act – which required an opportunity to be heard – the Chaly J. held that "… the action or enquiry contemplated under Sec.22 of Act, 1950 is not an empty formality, but on the other hand, founded on principles of natural justice, which if violated, action becomes arbitrary and illegal inviting action against the officer concerned. Bearing the said aspects in mind, it is clear, no such serious exercise is undertaken by the officer, before removing the name of the petitioner. It is also apposite to mention that, mere inaction on the part of the petitioner to restore the name removed from the voters list, is not a justification for removing the name, otherwise than in accordance with law." (paragraph 10)

The highlighted part is particularly crucial. This is because, in recent years, there have been reports of large-scale voter deletions, caused by the use of faulty software by the EC. In other words, deletions happen through an automated process. This has been challenged in the Hyderabad High Court where the case has been pending for many months now. One of the crucial issues at stake involves the concept of the "right to an explanation": that is, if I am deprived of a right by an automated decision, taken by a machine, then I have the right to be given an explanation for how that decision has been taken.

One of the major arguments use to dodge that in the case of voter deletions is that the right to vote is merely a statutory right. As I have attempted to explain before, that argument is flawed: voting is a statutory right in the sense that the procedure and modalities of voting are determined by statute, but the act of voting itself is a fundamental freedom protected by Article 19(1)(a) of the Constitution. Therefore, the denial of voting altogether is a constitutional violation and must be treated as such. Consequently, whether or not the Election Commission uses technology to "clean up voter rolls" (and the constitutional issues with that are another matter), the basic point remains that before a voter's name is deleted, they must be heard: as the Kerala High Court correctly observed, the process where the name is first deleted, and then the burden is placed upon the voter to come forward and protest, is entirely illegal – no matter how well-publicised the deletions are, and how many "opportunities" are given.

The underlying basis should be obvious: the burden of being able to exercise a fundamental right is not on the citizen, but upon the State, when the latter seeks to deprive her of it. The Kerala High Court judgment is a crucial endorsement of that rather basic constitutional principle; and it is to be hoped that in the ongoing challenges to the EC's actions before the Hyderabad High Court, that principle will be adhered to.