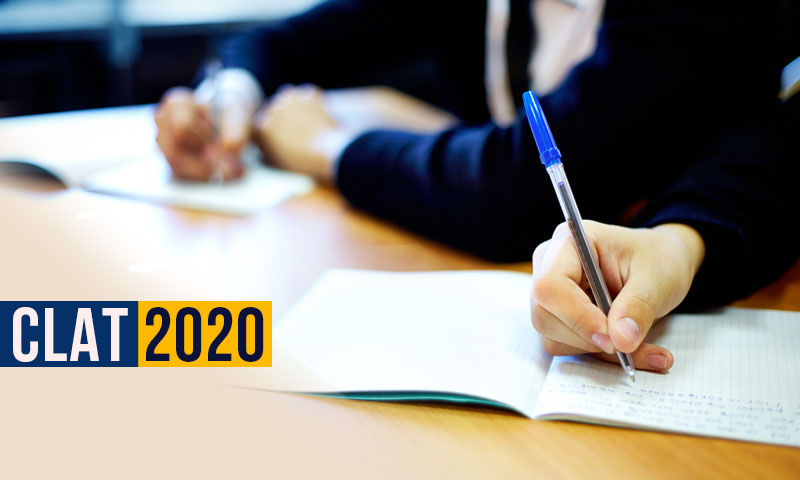 Done and dusted, finally! CLAT 2020, for which aspirants waiting for months (and years!) finally happened today between 2 and 4PM. This would surely bring a huge relief to over 70,000 aspirants who were waiting for the examination to happen since a long, long time! CLAT 2020, though largely on predictable lines, did throw atleasrt a couple of (not so pleasent!) surprises. It was...

Done and dusted, finally! CLAT 2020, for which aspirants waiting for months (and years!) finally happened today between 2 and 4PM. This would surely bring a huge relief to over 70,000 aspirants who were waiting for the examination to happen since a long, long time!

CLAT 2020, though largely on predictable lines, did throw atleasrt a couple of (not so pleasent!) surprises. It was lenghthier than expected, a few passages were of the length the candidates had never seen in Sample Papers, Current Affairs section caught the students off-guard and there was an extremely controversial set of question in Quantitative Techniques! Coming to the detailed analysis of each Section:
English Language
Along with Logical Reasoning, this was the most standard section with least surprises. Passages were based on Climate Change, Bois Locker Room, A short story by Kate Chopin etc. Questions on Grammar were largely missing, though there were a few on contextual vocabulary. Almost all questions were passage specific inferential questions, which is the most standard type of questions in Reading Comprehension.
Logical Reasoning
One major advantage students had in the Logical Reasoning section was that since the passages were based on the topics around recent events, they could save time on the understanding of the passage (which usually takes more time than solving the passage). Furthermore, questions were largely based on standard Logic question stems, including but not limited to Weaken, Strenghten, Assumptions, Inference etc. There were only a couple of questions around Analytical Reasoning and this section can be broadly categorised as that of Moderate level of difficulty.
Legal Reasoning
Though the passages of Legal Reasoning were largely on predictable lines (Act of God, Test of Obscenty, LG Polymers - Strict and Absolute Liability etc), the hypothetical questions were a little tricky in nature. One question was also based on Assertion-Reason (on the basis of information given in the passage). This section can be categorized as Moderate to Difficult.
Current Affairs inluding General Knowledge
Current Affairs section of CLAT 2020 was strictly NOT in lines with the questions asked in the Sample Paper, and needed a deeper understanding of the issue. Questions were more Analytical in nature than Factual, and students who have a consistent habit of reading the newspaper shall have a natural advantage in this section. Questons in CA section were from Atmanirbhar Bharat, NEP, Rafale Jet, Shanghai Cooperation Organization (SCO) etc. This section should justifiably be categorised as Difficult.
Quantitative Techniques
QT of CLAT 2020 was another shocker for most of the students. Going by the first impressions, it seems atleast one set of the QT section is contentious and might be ruled out. Amongst the other two sets, one was certainly very difficult (and gave a deja vu feeling to the aspirants as it was of a similar level of difficulty as the Furniture question they had given in one of the Sample Papers). QT section, along with Current Affairs, can also be categorized as of high level of difficulty.
Mind you, high level of difficulty doesn't mean a bad paper! On the contorary, any serious aspirant knows a difficulty paper is better at separating the wheat from the chaff than an easy one. However, non conformity with the Sample Paper atleast in a couple of sections did catch a lot of students off-guard.
Cut off? Good number of attempts?
It's too early to say! We shall only be coming up with tentative cut-offs once the scores of aspirants are out. Meanwhile, we'd strongly suggest the students to:
1. Report erronous questions to the Consortium by end of day tomorrow.
2. Be prepared for the documents that the Consortium has asked for from all selected students. Make sure you have them well in advance.
3. Sleep their hearts out :)
Hasta la Vista
(Harsh Gagrani is a Graduate from NLIU, Bhopal, Director of LegalEdge Tutorials and author of Complete CLAT Companion.)
TagsCLAT Education Law School Law Admission Test
Next Story
Similar Posts
+ View more
Law Firms
+ More