Admission & Denial Of Documents In Suits 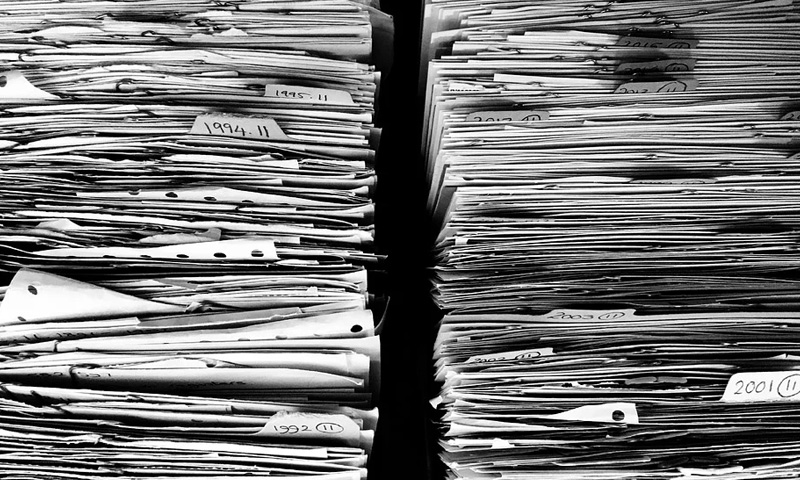 Prior to enacting the Commercial Division and Commercial Appellate Division of High Courts Act, 2015 ("Commercial Courts Act"), documents filed with the plaint and the written statement, especially in respect of the existence of the documents, were denied by the parties with impunity. With the introduction of the Commercial Courts Act an elaborate process was formulated in order for a party to admit and deny documents. This, along with other measures/ mechanisms such as discovery, inspection, production and filing of evidence by way of affidavits have been provided to ensure that both parties have equal access to the relevant documents and information available to the opposite party, were seen/ hailed to be revolutionary measures to expedite the adjudication of commercial matters.

However, parties in litigation continue to deny documents (along with challenging the authenticity and existence of a document) with the same sense of impunity without ascribing a single reason for such denial of documents. This tactic of cursory denial of documents effectively still makes the parties to undergo the elaborate process of deposition not only to prove the existence of the document but also to prove the contents of such documents.

The present article primarily focuses on the issue of cursory denial of documents and the manner in which courts ought to tackle this fundamental problem.

The Code of Civil Procedure, 1908 ("CPC") introduced the concept of admission and denial of documents, which required the parties to admit or deny documents filed in a proceeding.[1] The thought behind this provision was that the scope of the trial would be narrow in case a party to a proceeding admits the contents of a document or its existence. It was also thought that the adjudication of the disputes by courts would be restricted to or fettered to documents which had been denied.

However, during the process of admission and denial, litigants cursorily denied documents on the ground that the document was fabricated, on (non) receipt of a document, on correctness of the contents of the documents (which has to be proved in evidence) etc. At times, the reason for denying a particular document is not ascribed and not known by the opposing party until final arguments. All of this was and continues to be done in a bid to prolong the litigation.

With the introduction of the Commercial Courts Act, the parties to the dispute were required to file a Statement of Admission/Denial of Documents alongside their respective pleadings.[2] Order XI, Rule 4, Sub-Rule 3 of the CPC now mandates that each party shall present reasons for denying any particular document under the grounds mentioned in Sub- Rule 2, including (a) correctness of contents of a document; (b) existence of a document; (c) execution of a document; (d) issuance or receipt of a document; and (e) custody of a document. In complete disregard of this provision as well, parties continue to deny most documents filed by the other party, without any substantiation or ascribing any reason whatsoever. Parties to the litigation make bare denials, even for documents which are either public documents or are publicly verifiable such as documents issued by governmental authorities. Additionally, denials of documents are made on account of documents being photocopies, being incomplete, blurred but otherwise legible and other such grounds.

When a document is challenged on the ground of authenticity, the party challenging such a document does not ascribe a reason as to what is fundamentally wrong with the document for its authenticity to be challenged. Surely, this defeats the very purpose of legislation and/or admission denial.

The High Court of Delhi also deprecated this practice by litigants and held that documents such as e-mails, correspondences, legal notices, replies, internet printouts, etc. (in essence such documents which can not be disputed on the basis of authenticity, genuineness and/or existence) cannot be permitted to be denied, at the stage of admission and denial of documents.[3]

International Practice in respect of challenging authenticity of documents:

Unlike the prevailing practice in India, under the common law regime, any document that is disclosed or filed by a party is taken to be admitted as authentic by the opposite party, unless the latter serves a notice to prove the documents within a specified time limit.

Illustratively, as per English Law, a notice to prove a document must be served either by the date for service of witness statements or within 7 days of disclosure of the documents to be challenged, whichever is later.[4] Furthermore, if the challenge to a document is with respect to the execution of the document or something that requires a witness to be called for proving the document, then fully particularized reasons for challenging the authenticity of the document have to be unambiguously set out in the notice itself.[5] The Courts consequently adjudicate upon this notice and if the notice does not disclose a ground for challenge of authenticity, the respective courts reject such a challenge.

Grounds on which authenticity of a document is challenged internationally:

Typically, authenticity of a document can be illustratively be based on (i) unusu­al for­mat of a doc­u­ment; (ii) no ​"paper trail"; (iii) absence of wit­ness­es hav­ing knowl­edge of the exis­tence of a doc­u­ment; (iv) anachro­nisms: infor­ma­tion in the doc­u­ment was not avail­able at the time when it was alleged­ly cre­at­ed; (v) lack of a rea­son­able eco­nom­ic back­ground; (vi) dis­crep­an­cy from an estab­lished pat­tern; (vii) any foren­sic traces of forgery.[7] Naturally, each of these grounds has to be set out in the notice or application to challenge the authenticity of a document. On the basis of these grounds coupled with a strong prima facie case of fabrication or forgery of the document, the Court or Tribunal could order an inspection or production of the original document with a direction for such a document to be proved formally, if the need arises.

Grounds on which authenticity of a document is challenged in India:

Unfortunately, the grounds for challenging authenticity of a document is known to few and far between. Documents are challenged on the ground of authenticity on the basis of a whim rather than having a cogent basis for such a challenge.

The internationally approved and accepted methods naturally have significant advantages. Firstly, judicial time is not wasted in disputing the genuineness, authenticity or existence of documents, especially those documents which are ex facie genuine. Secondly, the dispute if raised with respect to any specific set of documents is dealt with care by the judge or the tribunal who would order the inspection of originals on being provided sufficient reasoning for the challenge. Thirdly, the conduct of the parties and the fact that a party is willing to fabricate documents could well change the course of the proceedings itself. Fourthly, the parties are not burdened with the unnecessary requirement of filing the originals of documents or summoning a witness to prove a document, which is otherwise genuine.

How should the courts tackle the issue of challenge to authenticity of documents:

In the present justice dispensation system, a litigant relying on fabricated documents ought to not only be subject to heavy costs[9] but the matter should be remanded to the concerned Magistrate to try the litigant for perjury.[10] It has been seen that courts have either been reluctant to impose heavy costs or proceed with perjury. Some courts have also been particularly lenient where costs have been imposed. Resultantly, courts have reduced the costs imposed on parties who should otherwise be visited with strict consequences. This should surely not be the way forward. A strong signal needs to be sent out that fabrication of documents is at the litigants cost and peril.

The utopian way forward would naturally be to dispense with the system of admission and denial of documents altogether. The present system of admission and denial of documents serves no purpose whatsoever. It would rather be fruitful to take a position that all documents are admitted or at least deemed to be admitted in evidence (subject to the contents being proved in evidence) unless a challenge to a document has been specifically brought forward. This method would significantly reduce the burden on courts and the litigant to prove documents in evidence.

[10] Section 340 of the Code of Criminal Procedure read with Section 190 of the Indian Penal Code.