Coronavirus And The Constitution – II: Household Staff And Employment Protection: Obligations, Not Charity 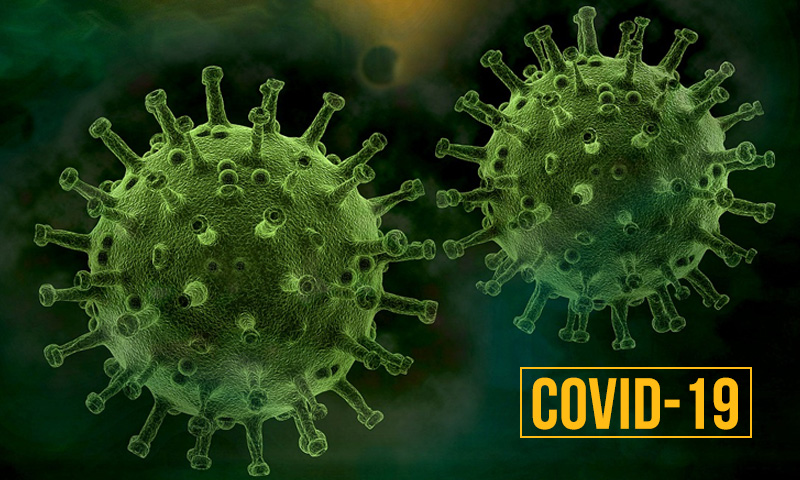 Over the last few days, concerns have been voiced over workers in India's informal sector and how restrictions imposed by the government due to covid-19 might impact them. In his address to the nation, the Prime Minister pleaded with citizens that they continue to pay their employees who would suffer disproportionately as a result of the ongoing situation. Gautam Bhatia has recently written...

Over the last few days, concerns have been voiced over workers in India's informal sector and how restrictions imposed by the government due to covid-19 might impact them. In his address to the nation, the Prime Minister pleaded with citizens that they continue to pay their employees who would suffer disproportionately as a result of the ongoing situation. Gautam Bhatia has recently written on the rights of employees to a safe working environment under the constitutional framework (in particular, Article 23 of the Indian constitution). I want to supplement his argument by emphasising protections that private citizens owe to their household staff in their capacity as employers. The category of 'household staff' here includes those who provide domestic service, such as cleaners, cooks, laundry staff, security staff, among others. In this note, I make the case for an obligation on behalf of individual employers to offer continuing income to their household staff as a matter of duty rather than a charitable good. I deliberately focus here on the duties of individual citizens (rather than corporations) as employers. The argument outlined here may well be extended to corporations. However, corporations, unlike private citizens, enjoy certain privileges from the state such as entity shielding, asset lock-in and limited liability, which are unavailable in ordinary contracts between individuals. For this reason, the obligations corporations should bear as employers are likely more stringent than those which might be placed on individuals. The argument in this note, therefore, applies a fortiori to corporations as well.

The preliminary intuition for my argument is that the absence of an adequate welfare state places some kind of obligations on relatively well-off citizens to protect the employment status and income of their household employees. In India, household staff enjoy few protections from the state. There exists little by way of a welfare system that is equipped to fulfil the basic needs and protect core rights of citizens. For many, it is only employment by private individuals that goes some way towards the protection of these rights and interests. Simultaneously, the absence of the welfare state is a trade-off contributing to the wealth and advantage of the well-off. The rich are rich, at least in part, because of the absence of more robust redistributive policies that would enable the strengthening of a welfare system for the poor. Why these facts should place well-off citizens under an obligation to protect their household staff's employment, however, requires further scrutiny.

Case 1: Imagine I take away my neighbour's oven without good reason. And suppose that the oven is all he possesses for the purposes of cooking. It would be fairly unproblematic to suggest that I now have a duty to compensate for my actions by cooking my neighbour a meal (assuming I am unable for some reason to return his oven immediately). For our purposes, this scenario runs into a crucial objection. The relatively wealthy, as a class, may certainly be held complicit for the weak safety net available to the poor. It is likely that their positive actions, such as the politicians they elect, and their omissions, such as their unwillingness to speak out about the gaps in the social safety net, render them complicit in morally relevant ways. In such cases, there appear to be remedial duties that well-off citizens owe to the poor as a result of their complicity. However, it would be hard to draw implications from this point about duties that individual members of the well-off class hold towards the poor. The problem, of course, is that some members among the class of relatively well-off may (perhaps fairly) claim to be blameless: they may not have voted for the current government, or they may have lobbied for greater social security for the poor, for instance. Let us call this the blamelessness problem.

Case 2: A second hypothetical case can help address the blameless problem. Imagine that an oven is all that my neighbour possesses for the purposes of cooking. Now suppose a visitor, without my knowledge, took away the oven. The visitor then proceeded to buy me a new television set with proceeds from the sale of the oven. After doing so, he became untraceable—or perhaps is simply unwilling to offer any compensation to my neighbour. I think it's fair to suggest that I have a duty to cook for my neighbour in this case. This is because, even though I may not have caused his disadvantage, I unjustly benefit from it. To the extent that I do not liquidate the television set and buy back his oven, I have a duty to ensure that he continues to have dinner. This example overcomes the challenge posed by the blamelessness problem. Here, one's restitutive duty is not tied to one's blameworthiness for some disadvantage suffered by others. Rather, benefitting from an injustice to the detriment of others, even when one is blameless, gives rise to a duty to 'make up' some of the disadvantaged party's loss. The intuition underlying this argument is a fairly familiar one. If we belong to an ethnic group that enjoys unfair advantage, we have a duty to mitigate the costs suffered by disadvantaged groups, regardless of our non-complicity in bringing about unfair social structures around ethnicity. Citizens of wealthy states, who have historically benefitted from industrialisation, have a weightier duty to offset the costs of climate change even if they are not themselves directly responsible for CO2 emissions.

The retreat of the welfare state may not be attributed to the relatively well-off. However, insofar as the relatively advantaged continue to benefit from it, they nevertheless have a duty to mitigate the costs suffered by the less advantaged. Thus, we insist that the poor are owed duties by well-off citizens qua beneficiaries—rather than perpetrators of harms—of the weakness of a social safety net for the poor. There is, of course, a final problem with case 2. It only shows why the well-off have a duty to make up for the disadvantages suffered by the poor due to the absence of a social safety net. It does not tell us why there are specific obligations that the well-off owe to poor staff members who they employ, as opposed to duties they bear towards the poor, more generally. Let us call this the specification problem.

Case 3: Let me now turn to an example that may help us address the specification problem, showing us why well-off employers hold a restitutive duty specifically to their household staff. Suppose my neighbour owns, in addition to his oven, a microwave which he can use for cooking. Suppose he necessarily requires at least one of these two products for cooking his meals. Now imagine, again, that a visitor takes away my neighbour's oven, using the proceeds from its sale to buy me a television set. In this example, my neighbour still possesses a microwave, which he can use for cooking his meals. As such, I may owe him some compensation, but it is unclear that I should cook for him, since he can continue to prepare his own meals. But imagine that the microwave he possesses is one that I had lent him. I think it's fair to suggest that I should not, under the present circumstances, take away the microwave. Since I benefit from his lack of an oven, I have a duty to mitigate any loss to his capacity to prepare his meal. If recalling my borrowed microwave means he is no longer able to cook, I have a duty in this instance, to refrain from depriving him of his means to cook; my unjustly benefitting from his loss of the oven means I should refrain from placing him in circumstances which would exacerbate the costs of his unfair loss.

This case, I think, shows how the absence of a welfare state is connected with the way we should think about household employment. Since the relatively well-off unjustly benefit from the absence of a welfare state to the detriment of the poor, they have a duty to refrain from placing the poor in a condition which would exacerbate costs of the absence of the welfare state. Insofar as employment (and income from it) provides the one mitigating factor that the poor are able to rely on—like the microwave in our example—the well-off have a duty to refrain from jeopardising this in the absence of a social safety net. This case helps avoid the specification problem outlined previously. It shows why restitutive duties arising from unjust benefit pertain specifically to employment, and place an obligation on advantaged citizens to protect the employment status of poor citizens.

The Prime Minister's plea that employers continue to pay their household staff entirely misses the normative relationship in which private employers and their household staff find themselves. Income, in the absence of a welfare state, and specifically, in the context of a life-threatening pandemic, is a duty owed to employees—not an optional benefit that the government should be pleading on their behalf. To frame the protection of such employment as an act of charity or kindness is to add disrespect to a moral injury we are under an obligation to redress.