The Pandemic, Labour Rights, And The Supreme Court's Judgment In Gujarat Mazdoor Sabha 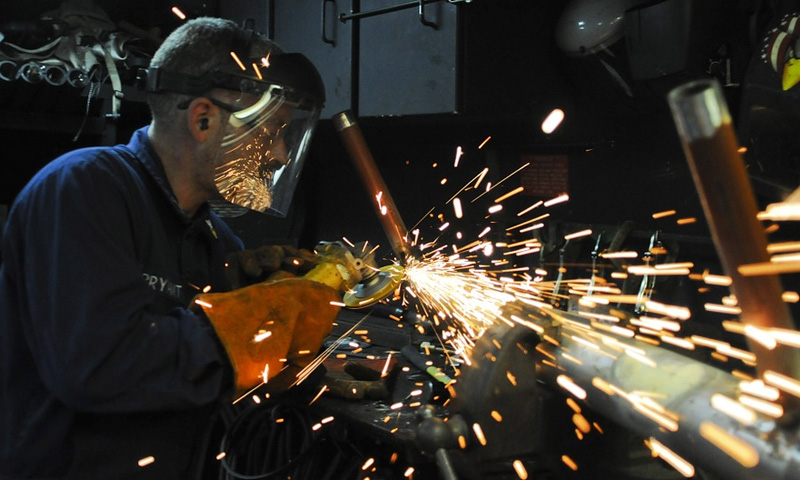 On 17 April 2020, a little under a month after the Covid-induced nation-wide lockdown had been imposed, the government of Gujarat issued a notification under Section 5 of the Factories Act. This notification exempted all the factories in the state of Gujarat from adhering to a set of workers' rights guaranteed by the statute. Its effect was to increase the upper limit of working hours from nine to twelve per day and forty-eight to seventy-two per week, shorten rest intervals, and halve overtime pay. The Notification was initially intended to run until 19 July, but was later extended to 19 October.

Two trade unions challenged the Notifiction(s) before the Supreme Court. In an important judgment handed down today (Gujarat Mazdoor Sabha v State of Gujarat), a three-judge bench of the Court agreed with their arguments, and struck down the Notifications in their entirety (with a consequential direction to pay back-wages to those workers who had worked overtime on the reduced rates).

Chandrachud J.'s judgment for the Court revolves around two axes, both of which are important from a constitutional perspective. The first is a statutory analysis of whether the pre-conditions under Section 5 were satisfied; and the second is a broader argument about the role of labour laws in a constitutional democracy.

Section 5 of the Factories Act authorises the government to exempt any factory or class of factories from the provisions of the statute, in case of a "public emergency." The Explanation to Section 5 defines "public emergency" as grave emergency that threatens the security of India (or any part of it) on account of war, external aggression, or internal disturbance. The State argued that the Covid-19 pandemic was "a public emergency", caused by "internal disturbance". Relying upon the Sarkaria Commission Report that had cited "epidemics" as examples of internal disturbances, the State therefore claimed that the manner in which Covid-19 had "disturbed the social order of the country" and caused "extreme financial exigencies", justified the invocation of Section 5.

The Court rejected this argument. It began by noting that in judicial review, the existence of a "public emergency" must be demonstrated as an "objective fact" (paragraph 8). Secondly, the Court held that a reading of the Section 5 made it clear that both expressions – "public emergency" and "internal disturbance" – were to be read conjunctively, and the presence of both had to be satisfied as a pre-condition to invoking the Section. The Court then examined the scope of each of the phrases. Noting the genesis of these terms in colonial-era legislation and Constitutional Emergency provisions, the Court held that the terms would have to be given a narrow meaning. As Chandrachud J. observed:

Section 5 of the Factories Act authorises the government to exempt any factory or class of factories from the provisions of the statute, in case of a "public emergency." The Explanation to Section 5 defines "public emergency" as grave emergency that threatens the security of India (or any part of it) on account of war, external aggression, or internal disturbance. The State argued that the Covid-19 pandemic was "a public emergency", caused by "internal disturbance". Relying upon the Sarkaria Commission Report that had cited "epidemics" as examples of internal disturbances, the State therefore claimed that the manner in which Covid-19 had "disturbed the social order of the country" and caused "extreme financial exigencies", justified the invocation of Section 5.

On this basis, the Court held that "mere financial exigencies … do not qualify as an internal disturbance." (para 17) Indeed, given that the phrase "internal disturbance" was used alongside "war" and "external aggression", the principle of noscitur a sociis required interpreting it in that context, and in situations of similar gravity (para 18).

With respect to the phrase "public emergency", the Court noted that its constituent phrase – a threat to the "security of India" – had been repeatedly interpreted in narrow terms by the Supreme Court, starting with the hoary old judgment of Romesh Thapar (para 20).

Having traced the genesis and meaning of both terms, the Court then applied them to the case at hand:

Even if we were to accept the Respondent's argument at its highest, that the pandemic has resulted in an internal disturbance, we find that the economic slowdown created by the COVID-19 pandemic does not qualify as an internal disturbance threatening the security of the state. The pandemic has put a severe burden on existing, particularly public health, infrastructure and has led to a sharp decline in economic activities. The Union Government has taken recourse to the provisions of the Disaster Management Act, 2005.12 However, it has not affected the security of India, or of a part of its territory in a manner that disturbs the peace and integrity of the country. The economic hardships caused by COVID–19 certainly pose unprecedented challenges to governance. However, such challenges are to be resolved by the State Governments within the domain of their functioning under the law, in coordination with the Central Government. Unless the threshold of an economic hardship is so extreme that it leads to disruption of public order and threatens the security of India or of a part of its territory, recourse cannot be taken to such emergency powers which are to be used sparingly under the law. (para 28)

This is an important paragraph. As noted on this blog before, terms such as "public emergency", "security of the State", and "internal disturbance" are broad in their ambit; if they are to act as any kind of check upon unbridled executive power, it requires the judiciary to give them concrete content, and then – given their extraordinary nature – to insist upon strict compliance with the legal threshold before the government can invoke emergency-style powers. This is what the Court did: instead of letting the nature of the Covid-19 pandemic expand to fill the content of these clauses, it first accorded these clauses an autonomous – and narrow – interpretation, and upon finding that the pandemic did not fall within that interpretation, struck down the offending State action. This is a refreshing change from the otherwise deferential attitude shown by the Court at the first recitation of "public emergency" and "national security", including in many cases concerning State action during the pandemic.

The Court also went on, however, to put its argument on a firmer – constitutional – footing. It located the Factories Act – and its guarantee of workers' rights – in a long history of labour struggles (para 29), and grounded it within legislative recognition of the "inequality of bargaining power between workers and their employers" (para 30). Drawing upon the Directive Principles as interpretive guides, the Court noted that working hour guarantees and overtime payment had a constitutional foundation, as they came within the ambit of Articles 21 (right to life) and 23 (right against forced labour). Any restriction of those rights, therefore, would have to abide by the principle of proportionality. In the instant case, the Court found that the principle of proportionality had been violated:

The impugned notifications do not serve any purpose, apart from reducing the overhead costs of all factories in the State, without regard to the nature of their manufactured products. It would be fathomable, and within the realm of reasonable possibility during a pandemic, if the factories producing medical equipment such as life-saving drugs, personal protective equipment or sanitisers, would be exempted by way of Section 65(2), while justly compensating the workers for supplying their valuable labour in a time of urgent need. However, a blanket notification of exemption to all factories, irrespective of the manufactured product, while denying overtime to the workers, is indicative of the intention to capitalize on the pandemic to force an already worn-down class of society, into the chains of servitude. (para 36)

In other words, therefore, using the Directive Principles and the concept of a welfare-oriented democracy as an interpretive base, the Court (a) located the rights at issue within Articles 21 and 23, and (b) found that State action violating them failed to meet the test of proportionality.

The judgment of the Supreme Court is important in two respects. First, it is an important pushback against the trend where the State's invocation of "public emergency" and "national security" has marked both the beginning and the end of the argument in court. In Gujarat Mazdoor Sabha, the Court shows that simply by performing the normal judicial function – of interpreting phrases in accordance with their accepted meaning, and by measuring State action against that meaning – the government's justifications will often fail on their own terms. More broadly, the Court's insistence that the invocation of such clauses is for exceptional situations – and must therefore be adhered to strictly – is both welcome and important. This must be seen in the context of two competing judicial philosophies. The first philosophy holds that "public emergency" and "national security" constitute a kind of constitutional blackhole: their very invocation by the State requires the Court to virtually abandon its basic function of judicial review. The second philosophy holds that, as a matter of fact, it is precisely because of the sweeping powers afforded to the State in such circumstances, judicial review must be heightened, so that basic rights do not become (in the the words of the judgment) "paper tigers." In recent times, we have seen far too much of the first philosophy, and far too little of the second – something that the Court corrects in this case.

Secondly, the Court does not limit its arguments to the statutory framework. By using the Directive Principles as interpretive guides, it grounds core labour rights within Articles 21 and 23 of the Constitution, and subjects limitations to the doctrine of proportionality. This is equally important, because – as we have seen just recently – existing labour laws themselves have been replaced by new Labour Codes, which take a far more restrictive approach towards labour rights. The Court's reminder that these rights are, ultimately, located in the Constitution, is therefore crucial as, in the coming days, questions will be raised about both the constitutionality – and the interpretation – of the new labour codes.