Long Covid: The Rise In Registration Of Criminal Cases For Recovery Of Money 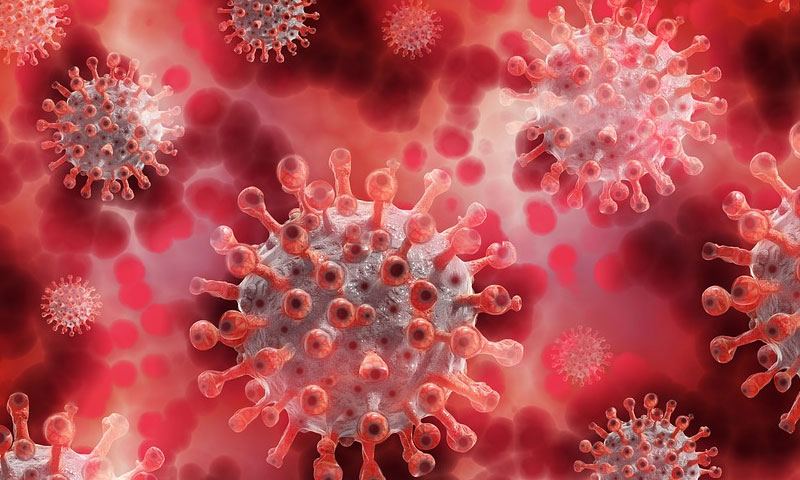 The judiciary and the justice dispensation system has been the hardest hit due to the COVID-19 pandemic. Initially, the courts were forced to shut their doors and then quickly adapted their manner of functioning and adopted Video Conferencing to hold courts virtually. Even though it is commendable, the manner in which the Courts evolved their manner of functioning this manner of...

In fact, even 18 months into the pandemic there seems to be no clear indication or roadmap as to how these cases are proposed to be dealt with. As per the National Judicial Data Grid there are almost 54 lakh civil suits pending before various trial courts of which more than 75% are at the trial or pre-trial stage. The already slow-paced civil recovery system coupled with the inaction of courts during the ongoing pandemic has led to a complete breakdown of trust the common man had in the civil courts for helping them recover their money.

The above-narrated situation has led to desperate creditors to resort to the legal recourse which would make it possible for them to recover their dues in the most expeditious manner. The method of choice being deployed by creditors is by filing criminal complaints against their debtors and threatening them with penal consequences with respect to disputes that can, at best, be described as a civil dispute.

While this phenomenon is not new; and courts have been dealing with this misuse for a long time, however, the financial crises following the pandemic has certainly added fuel to this fire. It is often said that financial crises are followed by a wave of financial crimes, however, in this case, the rise in financial crimes can be partly attributed to the bogus FIRs and misuse of penal provisions to recover money. There seems to be a justifiably common perception that it is easier to recover money under the threat of criminal proceedings. Though, ever-pervasive corruption in the police departments may be partly blamed for that. The most common offences being misused for this purpose are Section 406 & 420 of the Indian Penal Code. Section 406 of Indian Penal Code provides for punishment for the offence of criminal breach of trust and Section 420 makes out an offence of cheating.

Recently, the Punjab and Haryana High Court while quashing an FIR registered under Section 406 and Section 420 of the Indian Penal Code observed that the practice of initiating criminal proceedings under these provisions for something that, at best, only amounts to a civil wrong is on the rise and the police authorities need to look into the process of registering FIR in matters having tone of civil disputes.[1] However, since the nexus between the complainant and the police authorities is at the foundation of FIRs emanating from such frivolous complaints, the remedy to this problem requires measures which are over and above the restraint as advised by the Hon'ble Court. Thus, it is important to revisit these provisions to take a closer look at what constitutes as an offence under them and the manner in which they are being misused.

To be held guilty of an offence under Section 406 of the IPC, following conditions need to be met[2]:

i.  Entrustment of property with the accused

ii. The person so entrusted must dishonestly misappropriate or convert the property for his own use

iii. That such misappropriation, conversion, use or disposal should be in violation of any direction of law prescribing the mode in which such trust is to be discharged, or of any legal contract which the person has made, touching the discharge of such trust.

As per Section 420 of IPC, the essential ingredients for the offence of cheating are as follows[4]:

i.   A  person must commit the offence of cheating under Section 415; and

ii. The person cheated must be dishonestly induced to:

a.  Deliver property to any person; or

Ingredients of Cheating under Section 415 of the Indian Penal Code are as following[5]:

i.  Deception: there should be fraudulent or dishonest inducement of a person by deceiving him;

The Supreme Court has held that in the absence of any dishonest inducement, it cannot be said that an offence of cheating under Indian Penal Code has been made out, even if the contents of the complaint on which FIR is registered is being taken at face value.[6] The Supreme Court has also categorically held that mere breach of contract cannot give rise to criminal prosecution for cheating unless the fraudulent or dishonest intention is shown right at the beginning of the transaction, that is the time when the offence is said to have been committed.[7] What is pertinent to note here is that a presumption of dishonest intention cannot be made even in the case of failure to pay.[8]

It is seen by the authors in certain cases that complaints have been filed under Section 406 and Section 420 of the Indian Penal Code with the express intention of recovery of amounts advanced by the complainant to the accused. In one instance, an FIR was registered against a borrower when they failed to repay the loan advanced to the complainant, despite the fact that the parties had an ongoing relationship with each other for over a decade where the transactions of money was a normal feature of their relationship. In another similar instance, FIR was registered against a party when they expressed their inability to clear their dues with respect to hire and purchase of certain materials due to the non-conducive business environment prevailing in the country. In both of these cases, the parties had shared a long-standing commercial relationship and the transactions had taken place in the normal course of business, absolutely without any dishonest inducement or deception. This anecdotal evidence is illustrative of the fact that it is becoming all too common to file such frivolous complaints and to get the police authorities to act as a mere recovery agency at the behest of the complainants.

The practice of charging a person with both of these provisions together also suffers from non-application of mind as the conditions precedent to be guilty under these offences are fundamentally at odds with one another. The pre-requisite of an offence under S. 406 IPC is entrustment of property and subsequent misappropriation of the same. Per contra, an offence under S. 420 IPC requires dishonest inducement at the time of handing over the property. It is the understanding of the author that in a given transaction a property can either be entrusted, or be given under dishonest inducement, however, both of these conditions cannot be met at the same time in the same transaction. It cannot be posited that something which is given with trust is also dishonestly induced to be handed over.

From the above discussion, it becomes clear that a mere breach of contract or non-payment cannot be criminally prosecuted. The presence of a guilty mind is essential for something to be considered as a criminal offence and the same applies to the offence of criminal breach of trust and cheating, albeit in a different context. However, these questions come up for consideration only when the trial commences and therefore, the accused persons often have to go through undue harassment at the hands of the police authorities. This malpractice also exacerbates the problem of pendency of cases in Indian trial courts and overburdens the police departments. Fortunately, the Courts have repeatedly held that criminal proceedings initiated for civil wrongs cannot be sustained and the same must be quashed as it amounts to harassment of the accused and abuse of the process of the Court. In a catena of judgments, the Apex court has held that FIR is liable to be quashed if the dispute is only civil in nature but has been given a criminal character with the malicious intent of harassing the accused and abusing the process of court.[9] A purely civil dispute arising out of a contractual relationship between the parties cannot be converted in a criminal offence in order to get favourable results.[10]

Although the instant crises is an indication of deeper systemic issues, however, certain ad-hoc measures can be taken to ensure that process of law is not used as a tool of harassment by a few. In this regard, it is the view of the authors that criminal adjudication process in the country will benefit greatly from implementing a division such as the Women's Cell for mandatory pre-registration mediation for complaints filed pertaining to money disputes which are frequently misused for harassment, including the provisions discussed in this piece. The notion of mediation as an important step in adjudication process finds acceptance at the highest level of Indian judiciary as the Chief Justice of India recently called attention to mediation and its significance in the Indian judicial system vis-vis just, fair and swift delivery of justice. In this regard, one can also look towards Section 89 of the Code of Civil Procedure, 1908 which provides for settlement of disputes outside the courts in cases where it appears to the court that there exist elements of settlement that may be acceptable to the parties.

Further, keeping in view the limited functioning of the Courts and high pendency of civil cases, the Hon'ble Supreme Court would be sagacious in ordering that all civil suits pertaining to recovery of money pending at the pre-trial stage be compulsorily referred to mediation, if the same has not been explored by the parties yet. The above would fulfill a troika of objectives; i) ensure that the spirit of Section 89 of the CPC and the vision of the Hon'ble Chief Justice with respect to mediation is met; ii) reduce the pendency of civil suits for recovery of money; and finally and most importantly curb the growing menace of civil wrongs being disguised and criminal offences by unscrupulous persons.

It remains to be seen how the High Courts and the Hon'ble Supreme Court will deal with the deluge of such maliciously instituted criminal proceedings following the financial crises created by the coronavirus pandemic and whether any steps or directions will be passed to ensure that recovery actions are dealt with urgency in order to repose the trust of the citizenry in the adjudication process.