Domestic Abuse: The Unseen Crisis Of The COVID Pandemic 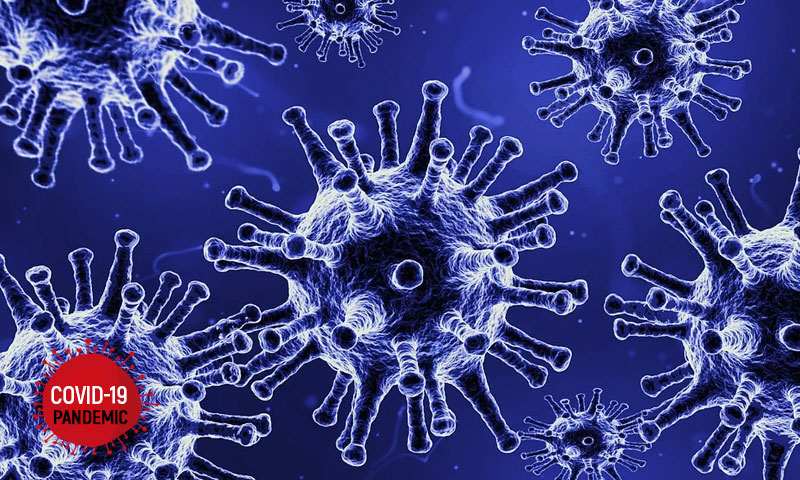 The COVID 19 the global pandemic that has ensued an unprecedented wave of public health and economic uncertainty, has also brought about raging concerns regarding the mental and physical safety of women. In the wake of the government-issued lockdowns, there has been an undeniable spike in the cases of domestic violence against women. The "Shadow Pandemic", as the UN Women term it,...

The COVID 19 the global pandemic that has ensued an unprecedented wave of public health and economic uncertainty, has also brought about raging concerns regarding the mental and physical safety of women. In the wake of the government-issued lockdowns, there has been an undeniable spike in the cases of domestic violence against women. The "Shadow Pandemic", as the UN Women term it, has been witnessed in countries such as China, Spain, UK and in India.

Several leading psychologists and matrimonial dispute lawyers had raised concerns regarding the safety of women and children during the lockdown, as confinement at home with an abusive partner likely results in greater physical and emotional violence against women, with disastrous consequences for their health and well-being. The lockdown provides the perfect opportunity to the abuser to practice "intimate terrorism"—a situation where he can dictate and control all actions and movements of women, with violence if needed.

In India, the situation is exceptionally worse.

India has repeatedly emerged as one of the most dangerous countries for women. Problems of skewed wage gaps and differential literacy rates has led to India has emerging as a perfect breeding ground for gender-based violence. It has been reported that in one week (from March 23 to April 2), National Commission for Women (NCW) has received a total of 257 complaints including 69 domestic violence complaints by the women. In Delhi, 37 complaints have been made to the NCW. As per the NCW, the number of such domestic violence complaints has almost doubled after the government ensued a lockdown in March owing to COVID-19 taking centre stage. In fact, the author of this article, a lawyer and a professional mediator has received calls from women in desperate domestic situations, beseeching for help.

Why is this the case? What has caused this drastic spike in violence against women?

Several leading psychologists and criminologists believe that increased violence is not just a result of the frustration due to physical confinement. They believe that the ongoing pandemic has brought in its wake a global slowdown, massive economic dislocation, closed businesses, the threat of looming unemployment, often accompanied by the threat of hunger and poverty for what seems to be an indefinite time period.

While both men and women are affected by the economic downturn, there is evidence from the past that violence against women increases during episodes of high unemployment. This is further exacerbated in India due to the susceptibility of women in the lower economic strata to alcohol-fuelled violence against them.

What is the way forward?

It is abundantly clear that the efficacy of policies and redressal mechanisms in place to deal with this the rising cases of domestic violence will have to be re-assessed, especially since the perpetrator and the victim are, for foreseeable future, continue to reside together during the COVID-19 lockdown.

Domestic violence perpetrates all socio-economic strata. The rich, the poor and the middle-class. With the sudden lockdown, when women find themselves isolated, alone and vulnerable, what are their options? Reporting may not be an easy task, and the consequence of reporting in most cases results in more abuse by the perpetrator. This situation leaves the conduct of the abuser unchecked and therefore, encourages more perpetration due to the lack of sanctions

With the ongoing social distancing, the need of the hour, therefore, is to build a safe space for women by ensuring a few checks and balances upon the perpetrator and preventing such abuses from happening. This can be achieved through a "Community based Network" relationship amongst families and neighbours residing.in the same locality, who through social fiduciary relationships with the male members, instil a social fear against the commission of such violence. The emphasis must be to train the people of such community networks to be able to sense the plight of women before reporting.

Role of Mediators in the ongoing

Mediators can contribute significantly to help establish such networks and train them. In order to particularly prevent the perpetration of offences such as domestic violence, mediators, through online mediation, can conduct teaching and awareness sessions to the people of such a community network and equip them with the skills to read and perceive body language, tactics to diffuse situations of violence and other necessary skills required for timely and friendly intervention. Through their expertise in navigating tricky and hostile situations, mediators can effectively facilitate the building of a strong community bond between members so that it serves as effective checks and balances against any unwanted and deviant behaviour by its members. Such training ca be achieved through online mediation apps that are offered by many mediation centres, or contacting mediators through telephonic and internet-based communications such as WhatsApp, video-conferencing or even through mass media.

This, however, cannot be a substitute to necessary intervention of law and order in cases where domestic violence is severe and ongoing. Therefore, women must reach out to the police or the various local and national helplines that have been set up for the redressal of claims of domestic violence. The following helplines may be contacted:

Amidst this growing panic and uncertainty, women who are victims of domestic violence are trapped with their abusers with no route for escape. With violence ranging from assaults to rape, the plight of the vulnerable is truly gut-wrenching. This is an apt time for us as a society, to rethink, reconsider and reshape our beliefs and values about gender equality and begin to take action to make the society more humane and habitable for women.

Iram Majid is the Director of Indian Institute of Arbitration & Mediation and has over 17 years of experience in the legal profession, having handled a wide range of commercial, criminal and civil and matrimonial disputes through her career. She is certified by prestigious arbitration and mediation forums such as IMI, MCI Arb. and currently is the Secretary General of International Federation of Mediators. She is also the recipient of the Top 10 Arbitrators and Mediators of Asia Pacific Awards by the BIAMC. Beyond the realms of arbitration and mediation, she is a distinguished author, a professional trainer, a panellist at various international conferences and counsel for many government bodies.The views are personal.

The author can be contacted at [email protected]m