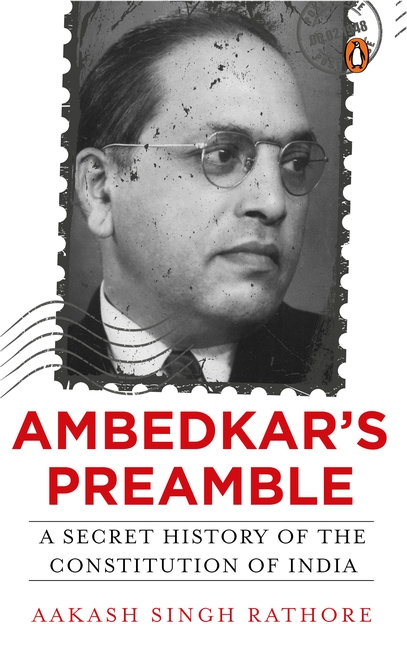 In the past decade, the ideas of Dr. Ambedkar have become the central point of debate in the political and legal corridors. These ideas of Dr. Ambedkar have aged like a fine wine, whether it be for interpretation of the Constitution or to assert a progressive thought. I see Ambedkar on two different notes: first, his struggle to ascertain legal rights in the Mahad Satyagraha. Secondly, his speech on 25 November 1949 in the Constituent Assembly emphasized giving up 'bandhs,' 'dharnas,' and adopting constitutional means. The former instance inspires people to claim their rights, as seen in the Citizenship Amendment Act (CAA) protest. A common sight in this protest was the portrayal of the Preamble and Constitution as the only document that matters. In response to these protests, many quoted Dr. Ambedkar from the second instance and raised a question on the veracity of the protest. Thus there lies dubiety on choosing Ambedkar, as apparently he could be seen on both sides. However, one side is truly sticking to Ambedkar's values while the other has appropriated Ambedkar. Therefore, it is pertinent to understand the Preamble and, most importantly, the author of the Preamble.

For around 70 years since the Constitution's adoption, the credit for coming up with an extraordinarily quintessential document has either gone to Jawaharlal Nehru or B.N. Rau. However, the recent book Ambedkar's Preamble by Professor Aakash Singh Rathore has cleared up the smoke. The central argument of this book is to establish Dr. Ambedkar as the author of the Preamble. Before the book's launch, a simple google search about the Preamble's author would pop up with Nehru's or B.N. Rau's name to the results. The search results have obviously changed after the humble and untiring efforts of Rathore and his contribution through the book.

Rathore starts with the simple exercise of recalling a question from the UPSC exam, who is the author of the Preamble? He accepts that the authorship is a 'cloaked mystery' because of no records of the Drafting Committee meetings' transcripts, unlike the Constituent Assembly. However, he categorically denies the notion of crediting Nehru for the same and expands the canvas of his research over six chapters named – Justice, Liberty, Equality, Fraternity, Dignity, and Nation, respectively. All of these concepts combine to form the Preamble and could be connoted as its soul. The book relies heavily on the life of Dr. Ambedkar while parallelly equating it with the six concepts.

Although Rathore makes convincing arguments throughout the book, may it be through procedural proofs or by revisiting Ambedkar's magnificent works. Chapters on Justice, Liberty, Fraternity, and Dignity, are the most conclusive to establish the sole authorship of Ambedkar. Nehru's objective resolution inclined towards securing justice on the tripartite division of social, economic, and political. In contrast, Dr. Ambedkar's text leaned towards 'securing justice' as means to remove inequalities. Further, on the concept of Liberty, Rathore uncovers the debate between Ambedkar and Gandhi. Gandhi and his Swaraj relied upon freedom from foreign domination and self-reliance. However, for Ambedkar, it was unacceptable; he feared the majoritarian form of Swaraj, as it excluded minority especially the untouchables. Thus Ambedkar placed his bets upon the term liberty. The use of the 'fraternity' clause retained unanimous support and universal praise from the Constituent Assembly. It is noteworthy that 'the trio principles' as Gokhale famously called it (liberty, equality and fraternity) are present in Annihilation of caste.

Rathore further highlights that neither Nehru's objective resolution nor the CWC Expert Committee declaration of July 1946 mentioned the term 'dignity.' However, for Ambedkar, 'dignity' was a matter of self-respect for the untouchables, without which the enjoyment of the Constitution would be a far-fetched idea. B. Pattabhi Sitaramayya, through an amendment, proposed to put nation before dignity of the individual. The amendment read as –

'Fraternity assuring unity of the Nation and the dignity of the individual.'

'Fraternity assuring the dignity of the individual and the unity integrity of the Nation.'

Though the change looks minuscule, Dr Ambedkar opposed this amendment, since it puts 'Nation' before 'the dignity of the individual,' relying on the conception that 'unless the individual's dignity is assured, the nation cannot be united.' Ambedkar's conception of putting dignity over nation, reveals much more than his fight against oppression and untouchability. It gives a fresh outlook towards the warning given by Dr. Ambedkar in his speech on 25 November 1949 whereby his indication towards throwing away the practice of 'dharnas' and 'bandhs' comes from his anxiety that 'Democracy in India is only a top-dressing on an Indian soil, which is essentially undemocratic.' Also, from Gandhi and of course, the Gandhian Swaraj, as he [Ambedkar] knew that Gandhian Swaraj is nothing more than a step towards slavery. Thus, making it clear that the use of his speech to dissolve a public agitation which aimed at reassuring constitutional values is a mere appropriation. Recounting Ambedkar's thought on 'Public Conscience' as 'conscience which becomes agitated at very wrong, no matter who is the sufferer...' and 'leads an individual to join the struggle to remove the wrong' in the light of CAA protest remains the reaffirmation on the idea of Constitution, Preamble, and the token of 'liberty' from Ambedkar. However, Rathore might have used the opportunity to briefly discuss the appropriation of Ambedkar in recent times against his [Ambedkar's] own ideas and beliefs, at least in the epilogue section. Apart from it, Rathore has made a tall attempt to return the due credit of Babasaheb for the Preamble's craftsmanship.