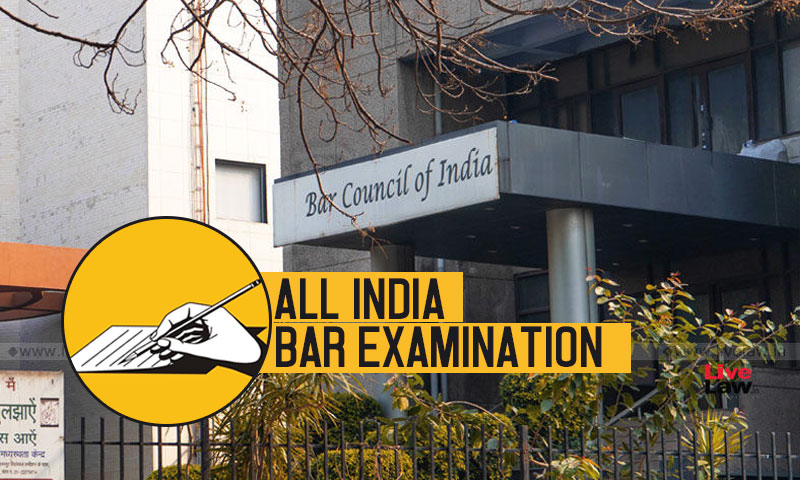 This is the third part of a three-part article that seeks to critically examine the All India Bar Examination, one that law graduates need to necessarily pass to practice law in India. In the second part (which can be found here), the authors brought to light the issues of the centralised All India Bar Examination such as the fee and associated costs along with the unfamiliar methods...

This is the third part of a three-part article that seeks to critically examine the All India Bar Examination, one that law graduates need to necessarily pass to practice law in India. In the second part (which can be found here), the authors brought to light the issues of the centralised All India Bar Examination such as the fee and associated costs along with the unfamiliar methods and processes of the exam in itself. The first part can be found here.

In the current third and last part of the article, we highlight the poor quality of questions papers in the only qualifying examination for legal professionals in India. We also address the inadequate grievance redressal system of AIBE.

AIBE has consistently faced criticism for its disorganised arrangement of the examination and delayed release of results. It has only worsened amidst the pandemic. The exam centres are witness to unplanned delays and rampant cheating. This problem is exacerbated by the unchanging, low-quality of question papers. In the AIBE XVI which was conducted in October 2021, five incorrect, ambiguous questions were cancelled post declaration of the results. This has sadly been a pattern over the years.

Most of the questions cancelled are at the national level and we were unable to locate any cancellations of questions at the state level. This implies that the cancellation of questions are merely based on their incorrect framing in English.

We observe that the quality of AIBE question papers significantly deteriorates once the English paper is translated to the 11 vernacular languages. From a perusal of Hindi and Gujarati papers, it is clear that the questions are not made/ translated keeping in mind the legislation in their regional languages. The English questions are loosely translated from English to the regional languages, and therefore the translated legal terms are drastically different from the legal terms used in the legislation. When using an open book exam, this can adversely affect the candidates in their performance. We will be exploring the reason for the same in the following section of the article.

In an analysis of several AIBE question papers in Hindi and Gujarati, some stark observations are shared.

Despite the BCI having six months to design, translate and review the question papers, such errors persist. This demonstrates the non-application of mind exercised by the BCI while drafting the papers.

The process for rechecking the AIBE results (for those who failed the exam) is announced shortly after the results. While applying for rechecking, one has to pay an additional cost of Rs. 200 and incur further costs if they opt for physical verification.

Candidates of AIBE XVI were given only 10 days to place a rechecking "request" online and get their paper re-examined (Please refer to Picture 2). While it may seem that 10 days is adequate to fill an online application form, considering that the information dissemination system of the BCI and AIBE is deeply exclusionary, the time period is insufficient. For example; the AIBE notifications available on the official website are only in English, and hence most candidates do not even get to know about this provision, let alone apply within the time frame mentioned.

There is another facility for candidates who want to check their answer sheets themselves. For this, they have to pre-book a slot and visit the Bar Council of India in Delhi. There is no other provision for candidates to obtain digital or photocopies of their answer scripts. Since physical examination of the answer script is the only option available, it would be sought only by candidates who are either residents of Delhi or nearby cities or have the means to travel. A grievance redressal mechanism that can be availed only by a few of the candidates is merely tokenistic. 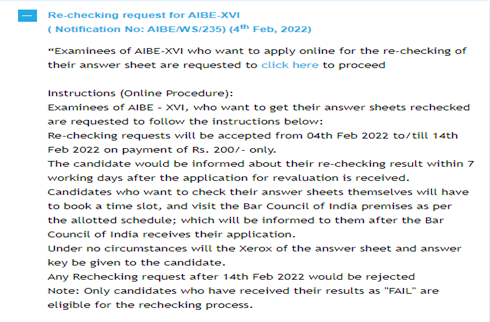 Picture 2: The notification of AIBE XVI for rechecking the results.

Furthermore, on 23rd February 2022, AIBE came up with a notification stating that 5 questions were deleted/rejected by the Monitoring Committee, making the total marking out of 95 marks. It further said that the passing percentage remains the same i.e. 40% for General/OBC category and 35% for SC/ST category. Thus, candidates scoring 38 marks and above in the General/OBC category and 33 marks and above in the SC/ST would now be declared to have passed the exam. This notification was announced a week after the deadline for applying for rechecking i.e. (14th February 2022) and almost 20 days, i.e., (3rd February 2022) after the results were announced.

The fact that the opinion of the monitoring committee came after the results and the deadline for applying for rechecking the paper highlights the mismanagement in the conduct of AIBE. The least one expects after a delayed result, is that they finish the reviewing processes before releasing the results. 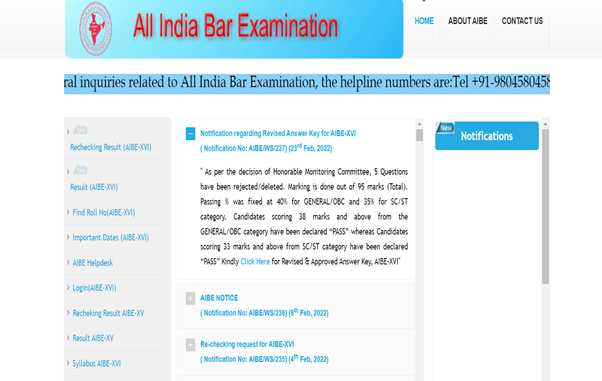 There is a need for exercising more due diligence while translating the question paper so that attempting the paper does not become disproportionately difficult for candidates appearing for the exam in vernacular languages. In case translation errors do happen, a process needs to be in place so that candidates get grace marks for those incorrect questions, similar to the process followed in the cancellation of English questions.

The aim of this series was to capture the lived experiences of law graduates, especially from marginalised communities as well as those from non-urban context, who continue to face hardships due to systemic apathy and institutional neglect. It has attempted to bring forth to the public discourse the exclusionary nature of the legal profession right from the enrollment stage till the results of the AIBE exam.

The authors are associated to the Centre for Social Justice and can be contacted at [email protected] Views are personal.