Federalism Under Crisis: Unveiling The Constitutional Aspirations On Higher Education 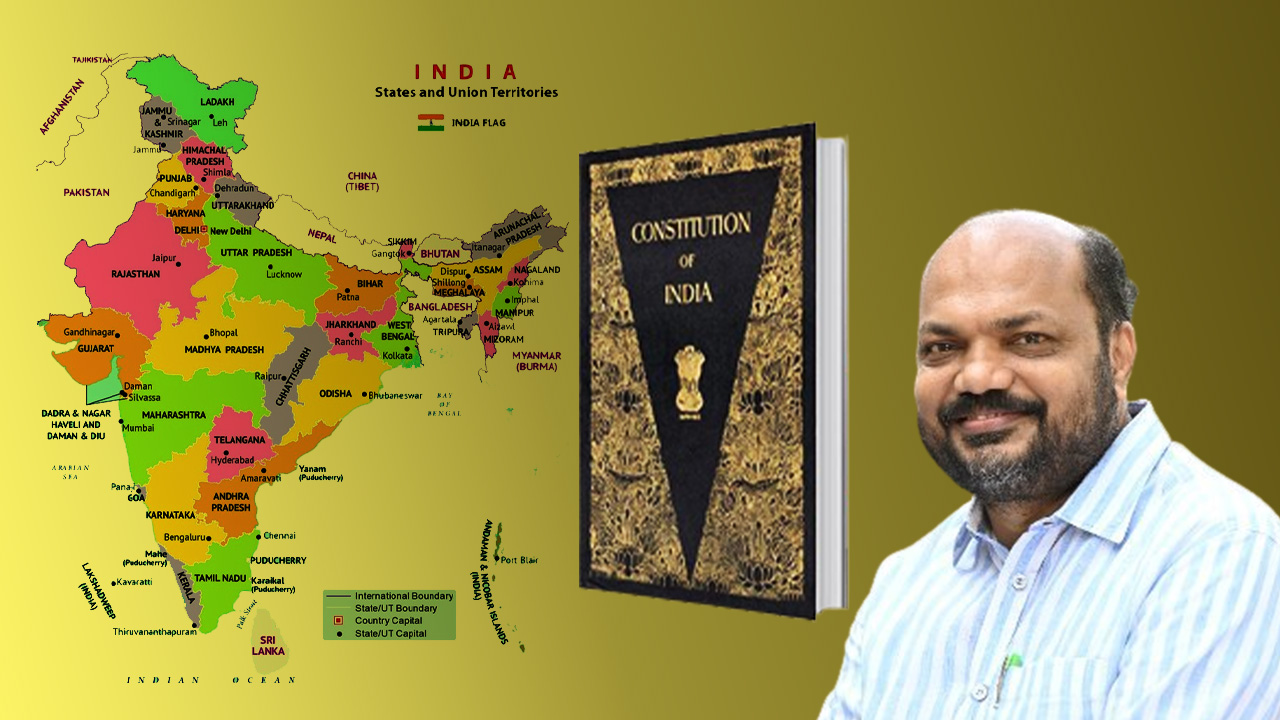 During my tenure in the Indian Parliament one of the most exciting experiences was when, I had objected the introduction of a legislative bill which intended to incorporate a University in Budhalkand. The objection was based on the legislative competency of the Parliament to incorporate a university in a state. A cursory glance, into the provisions of our Constitution reveals that although "education", is placed in the concurrent list by a Constitutional amendment, however the incorporation and regulation of universities are under the state list as entry 32 of the seventh schedule. Parliament has the power to make laws for incorporation of universities of national importance as per entry 64 of the Union List. After a healthy discussion in the Upper House, it was finally decided that the Parliament has no legislative competency to make an act for state Universities. Now this question assumes much significance in the context of the recent Supreme Court verdict on the appointment of a vice chancellor to Kerala Technical University and the incidents which erupted as an aftermath of it in Kerala.

"(iii) UGC Regulations, 2010 are mandatory to teachers and other academic staff in all the Central Universities and Colleges thereunder and the Institutions deemed to be Universities whose maintenance expenditure is met by the UGC."

This was the law of the land until the recent decision in Gambhirdan K Gadhvi case (2022) case. Interestingly, the apex court in Dr. J. Vijayan's case (2022) happened to repeat the same position as that of in Kalyani Mathivanan case (2015) and went on to observe in para 30 of the judgment thus :

" The State Government is at liberty to frame its own laws relating to education in the State and is not, therefore, bound to accept or follow the Regulations framed by UGC. It is only natural that if they wish to adopt the Regulations framed by the Commission under Section 26 of the UGC Act, 1956, the States will have to abide by the conditions as laid down by the Commission."

As a complete reversal of positions, the Apex Court has now declared that the UGC regulations shall be followed mandatorily. Undoubtedly, this interpretation has raised serious questions on federalism. As per this judgement, the Union Government can annul or modify any state Acts passed by state legislature on the subjects which come under Concurrent List.

The Union Government derives the power to make legislation for co-ordination and determination of standards in institutions for higher education or research and scientific and technical institutions from entry 66 of list one of seventh Schedule of the constitution. But this entry does not confer all the powers with regard to universities to Union Government. While introducing entry 66 (57A in draft constitution), Dr Ambedkar clarified thus :

" In dealing with institutions maintained by the Provinces ,entry 57A proposes to give powers to the centre to the limited extent of coordinating the research institutions and of maintaining the standards in those institutions to prevent their being lowered. "

While participating in the debate Dr PS Deshmukh raised pertinent questions as to the extent of the power of the Union Government which seems relevant in the present day context and interestingly clarifies as follows :

​" Are we going to alter the University Acts passed by the various provinces so as to interfere with their standards? I do not think so. Even if we take this power here, it will not be possible by any means to interfere with the autonomous powers which have been given unless you are prepared to put down University education as a subject of and for Central legislation."

While giving reply to the debate Ambedkar had clarified the scope. "Of limited extent of Coordination that is " why this entry?' I shall show why it is necessary. Take for instance the B.A. Degree examination which is conducted by the different Universities in India. Now, most provinces and the Centre, when advertising for candidates, merely say that the candidate should be a graduate of a university. Now, suppose the Madras University says that a candidate at the B.A. Examination, if he obtained 15 per cent. of the total marks shall be deemed to have passed that examination; and suppose the Bihar University says that a candidate who has obtained 20 per cent. of marks shall be deemed to have passed the B.A. Degree examination; and some other university fixes some other standard, then it would be quite a chaotic condition, and the expression that is usually used, that the candidate should be a graduate, I think, would be meaningless."

While the intent of the Constitutional framers is very clear that this power is limited, this judgement gave unlimited power not only to Parliament but to union executive also.

The recent developments in Kerala where the Chancellor of Kerala initiated steps to remove all the vice chancellors of the State Universities had again triggered issues of centre- state legislative competencies. If the decision of the Supreme court in Kerala Technical University Case ( 2022) has retrospective application then it proportionately means that the appointments of more than one hundred Vice Chancellors made in the country are void ab initio. Interestingly. the search committee for Vice Chancellor in Rajasthan, AP, Telangana, Gujarat etc consists of representatives of state governments which is undoubtedly against the UGC regulations. Hence stripping of state government's role in universities undoubtedly is an encroachment of state powers. As per, National law School of India University Act 1986, the Chief Justice of India himself is the Chancellor , the appointing authority is executive council not the Chancellor as prescribed by UGC regulations .The position taken by the Chancellor of Kerala by interpreting the verdict is going to create a crisis in higher education sector all over the country. De facto the new interpretation is bound to create ripples in the federal structure of the country.

As a student of law, I believe that a pedantic interpretation of UGC regulations qua state university acts, may not be warranted if the respective university acts achieve the minimum standard of education as originally envisaged by entry 66 of List one.

P. Rajeeve is the Minister for Law, Government of Kerala. Views are personal