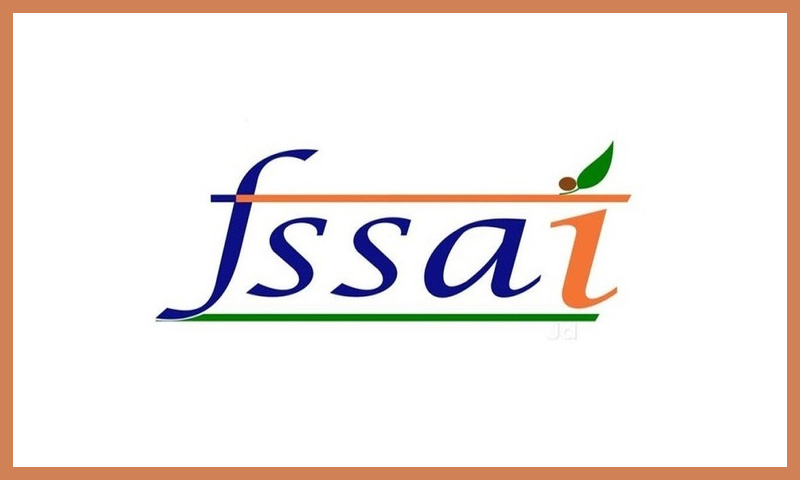 Come 1st October 2021 Food Business Operators (FBO) to mention FSSAI license or registration number on every invoice. The Food Safety and Standards Authority of India (FSSAI) has made it mandatory for the FBO's to declare the 14-digit FSSAI License or Registration number on cash receipts/purchase invoices/cash memo /bills etc. As per the order dated 8th June 2021, FSSAI mentioned...

Come 1st October 2021 Food Business Operators (FBO) to mention FSSAI license or registration number on every invoice. The Food Safety and Standards Authority of India (FSSAI) has made it mandatory for the FBO's to declare the 14-digit FSSAI License or Registration number on cash receipts/purchase invoices/cash memo /bills etc. As per the order dated 8th June 2021, FSSAI mentioned that declaration of the license or registration number will facilitate the consumers to complain about any grievance with the FBO. This article is to analyse the practical approach of the above order with reference to provisions FSS (Licensing and Registration of Food Businesses) Regulations, 2011.

Section 3 (j) of the Food Safety and Standards Act (Act) defines food as "food" means any substance, whether processed, partially processed or unprocessed, which is intended for human consumption and includes primary food. The mankind will not exist without food and wholesome food is required for healthy society.

Until 1954 several states have their own food related laws. The Government of India has enacted central legislation called Prevention of Food Adulteration Act 1954, which came into force from 1st June 1955 with an object to lay down the standards for food and rules for labelling and packaging. The Prevention of Food Adulteration Act 1955 was repealed in 2011 and new law The Food Safety and Standards Act 2006 was enacted and several regulations under the Act have been legislated to operationalize the objectives of the Act.

As per the Act, section 3 (za) defines "licence" means as licence granted under section 31 and as per section 31 No person shall commence or carry on any food business except under a licence. Pretty vendors, hawkers, cottage industries and itinerant vendors do not required a license but they shall register themselves with the Designated Officer appointed under the Act. If the annual turnover of the FBO is more than Rs. 12.00 lakhs then it required to obtain a license. If the FBO operates more than 2 States then a central license is prerequisite.

Generally, the license will be granted after inspection and if the license is not rejected within 2 months then it is deemed license. The FBO may start business after grant of license or after expiry of 60 days from the application, if no written communication of rejection is received[1]. License is issued premises wise and it may cover more than one category of food. The validity of the license is minimum one year and the FBO has the option to choose for a maximum period of 5 years. License can be cancelled for any non-compliance under the Act.

Punishment for carrying business without licence.

Section 63 of the Act prescribes that if any person or food business operator himself or by any person on his behalf who is required to obtain licence, manufacturers, sells, stores or distributes or imports any article of food without licence, shall be punishable with imprisonment for a term which may extend to six months and also with a fine which may extend to five lakh rupees.

The FBO shall submit a prescribed application in the Food Safety Compliance System (FoSCos) which came into force from last year after replacement of Food Licensing and Registration System (FLRS). After processing the application the authority grant the license or registration with 14 digit number will be generated through FoSCos system.

As per the FSS Packaging and Labelling 2011, every pre-packaged food shall contain certain mandatory declaration on the package as prescribed under the rules, which is included of License number and the logo of FSSAI. The FSSAI logo and license number shall be displayed on the label of the food package in contrast colour to the background.

License Number on the Invoice

Vide order dated 8th June 2021, FSSAI has directed all FBO's to mention License or Registration number with effective from 01/10/2021 on cash receipts/ invoices/ memo/bills, the order state that no new transaction document is required to be issued and the existing tax and regulatory requirements are to be leveraged, it means that the license number and registration number on the existing invoice issued by the seller / FBO under GST is sufficient. FSSAI has stated that in the absence of License or registration number it is difficult to trace the online complaints and many complaints are remain unresolved to lack of coordinates of FBO and the if the number is mentioned then it will help in identifying the FBO and this also increased the awareness of compliances under food laws.

Effect of the latest Order

As per the report by retail consultancy Technopak Advisors, India has more than 2 Crores food and grocery shops with a market size of 800 billion dollars. As per Fact sheet of FSSAI as on 31/05/2021, the active central licences are 47468, and State licences are 8, 29,921 and Registration are 36, 81,762, thus total 45,59,151 licenses & registration are in force. In other words only 1 out of 4 persons dealing in the food is having the either license or registration.

Further, as per the GST Act 2017, if the aggregate turnover is less than Rs. 20 lakhs in a financial year is not mandatory to register under the GST Act. An unregistered person is not liable to issue any tax invoices. Yet further, if the value of goods supplied is less than Rs. 200 then no invoice is required even for the registered person. A tax invoice shall contain Invoice number, customer name and address, description of goods and HSN code, price and rate of GST etc.

Out of the 45, 59151 FBO's majority are unregistered persons under GST Act 2017 and/or does not have obligation to issue the invoice, so mentioning of FBO license number is practically not possible. Pretty, small and itinerant vendor are not equipped to issue invoice and forget about mentioning the License number. So the rational of the instant order dated 8th June 2021 relying on invoices under tax laws will not help the FSSAI to achieve its objectives. FSSAI shall increase the awareness of obtaining the registration or licenses by the rest of the food business operators.

In November 2018 operational guidelines are issued for display of license number for restaurants at all times at a prominent place in the premises. FSSAI shall promote installation of display board duly mentioning the license or registration number at the entrance of the premises conspicuously visible, so that the customers can take the recourse of complaining through the license number. The FBO also required to obtain trade license and shops and establishment license and other licenses, and if all these licenses numbers are required to display on the invoice then the customer will get confused with the multiple license number and most of the other FBO are not bound to issue the invoice, so that object of the FSSAI will be defeated.