From "Claimed' To "Paid"- Is The Consumer Protection Act, 2019 Flawed? 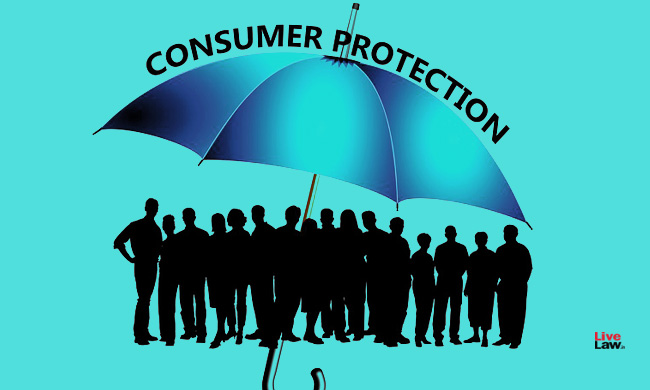 The Consumer Protection Act, 2019,("2019 Act") has evidently come as a huge relief to consumers viewed from all perspectives, in particular the provisions dealing with product liability action, mediation as an alternate dispute resolution mechanism , territorial jurisdiction and enhanced pecuniary jurisdiction of the Commissions set up under the Act. However, on a deeper look into...

The Consumer Protection Act, 2019,("2019 Act") has evidently come as a huge relief to consumers viewed from all perspectives, in particular the provisions dealing with product liability action, mediation as an alternate dispute resolution mechanism , territorial jurisdiction and enhanced pecuniary jurisdiction of the Commissions set up under the Act. However, on a deeper look into the provisions dealing with enhanced pecuniary jurisdiction, one realises that it is not just a mere increase of pecuniary value for complaints before the Fora under the Act , but also a lot more than it appears to be.

A sum of Rs 10 crores or above is a huge amount to be claimed by a consumer qua any goods/service provider and for that matter a claim for even a sum of Rs 1 crore would be . While most of us would have noticed this glaring change of pecuniary values for preferring a Complaint before the respective Fora brought about in the 2019 Act, perhaps what has gone unnoticed, is that the 2019 Act no longer refers to jurisdiction of the Fora on the basis of what a consumer claims in a Complaint but only what a consumer has actually paid for.

Through this article I wish to share my views on this aspect of the 2019 Act and give readers, some of whom may already be raring to file Complaints under the 2019 Act, much needed food for thought.

The relevant Sections pertaining to jurisdiction under the Consumer Protection Act,1986("1986 Act") and 2019 Act are quoted herein below for ready reference:-

Not only have the words "compensation, if any" been omitted but the word "claimed" has been substituted by "paid as consideration".

Perhaps the intention of the legislature behind the change is to deter consumers from lodging exaggerated claims to bring it within the jurisdiction of a higher Fora to avoid the various rungs of litigation before the District Commission and then State Commission. While in most situations, this would seem to be appropriate, however, it will have huge ramification for a litigant/consumer ,if Sections 34,47 and 58 are given a literal interpretation , particularly for complaints lodged for deficiency in service /unfair trade practice in Insurance sector, Real estate etc.

Let us test the effect of these provisions by way of an example in a scenario where a complaint is proposed to be lodged for Rs 11 crores on account of unfair trade practice / deficiency in service on part of the Insurer in repudiating the claim , the sum assured being Rs.1o crores and premium paid being sum of Rs 11 lakhs only.

Under the 1986 Act, a consumer could have approached the National Commission for redressal of grievance based on the claim for sum assured . However, if a literal interpretation is given to the provisions relating to jurisdiction under the 2019 Act, whereunder a complaint would lie before a Consumer Forum based on the amount of consideration paid, which in the above scenario will be the premium amount paid by the consumer to the insurer, even if the sum assured is above 10 crores, a complaint for a claim of over 10 crores would still have to be filed before the District Commission .

It is hard to think that the legislature in an attempt to reduce the burden on the Apex Commission , has consciously intended to bring in cases for claims above 10 crores before the District Commission or the State Commission merely because the amount actually paid is less than 10 crores.

Another aspect to ponder over is whether the change in terminology in the provisions relation to jurisdiction under the 2019 Act makes the findings in the full bench judgment in the case of Ambrish Kumar Shukla vs Ferrous Infrastructure Pvt. Ltd reported in 2016 SCC Online NCDRC 1117 redundant/does ratio of the said judgment run contradictory to Sections 34, 47 and 58 of the 2019 Act?

A full bench of the National Commission in the said case held that a bare perusal of Sections 21, 17 and 11 of the Consumer Protection Act shows that it is the value of the goods or services and the compensation, if any, claimed which determines the pecuniary jurisdiction of the Consumer Forum. It was also held that the amount of the interest, which can be paid as compensation, must necessarily be taken into account for determining the pecuniary jurisdiction.

Let us now test the ratio as laid down by the above judgment in another case where a complaint is proposed to be lodged under the 2019 Act for seeking possession of the premises with sale consideration being above Rs.10 crores, where the consumer has paid only a sum of Rs.6 crores .

In terms of the judgment in the case of Ambrish Kumar Shukla(supra), the consumer could have filed the complaint before the National Commission, not only for the reason that interest as compensation when added to the amount paid by consumer would be the amount claimed and may be within the pecuniary jurisdiction of the National Commission but also because the above judgment clarifies that it is the price of the goods or the services as the case may be agreed to be paid by the consumer which would be relevant for the purpose of determining the pecuniary jurisdiction.

The question now which may need consideration by the Courts would be whether in the wake of 2019 Act, which specifically omits the word compensation ,if any claimed and emphasises on the price paid to be the factor for determining jurisdiction, a person claiming possession of the premises having partly paid for the same/seeking refund of the money paid with compensation or in a situation where the possession of a housing unit has already been delivered to the complainants but some deficiencies are pointed out in the construction/ development of the property, would be able to maintain a claim before the State Commission or the National Commission as the case may be.

It therefore appears that the legislature has very consciously not done so; and what would this lead to? More and more cases being filed before the District Commission which as lawyers would know from their daily experience, are already burdened with a huge backlog of cases and are not equipped to handle the volume of cases which will now ,under the 2019 Act, go to the District Commissions.

Yet another thought which arises is that while the legislature under the 2019 Act has included a claim for product liability action against the product manufacturer, product seller or product service provider, as the case may be within the definition of "Complaint" and has defined "product liability action" to mean a complaint filed by a person before a District Commission or State Commission or National Commission, as the case may be, for claiming compensation for the harm caused to him, can such compensation claimed be taken into account to determine the pecuniary jurisdiction of the Forums in light of the deliberate omission of the words " compensation, if any claimed" from the sections dealing with Jurisdictions of the Fora under the 2109 Act. The proviso to Sections 34, 47 and 58 of the 2019 Act does give the power to Central Government , if it deems it necessary so to do, to prescribe such other value, as it deems fit, but one would have to see that in the times to come .

While I would leave my thoughts for readers to ponder over and come up with their varied interpretations , one can surely expect the National Commission being the Apex body for the Consumer Fora to interpret the provisions of the Act more particularly Section 34, 47 and 58 and also perhaps re-visit the judgment in the case of Ambrish Kumar Shukla(supra) to bring conformity with the 2019 Act.