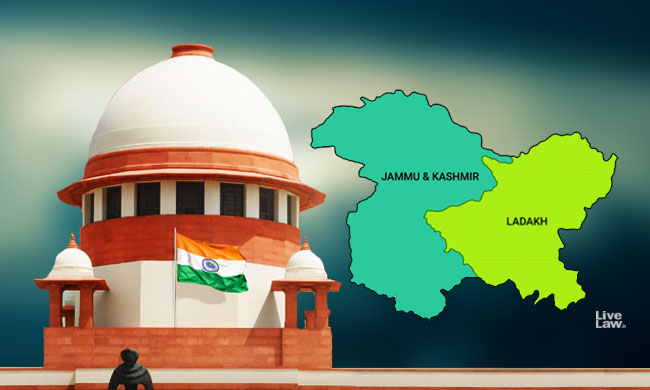 In a previous post, we discussed one of the peculiar features of the ongoing litigation regarding the communications shut-down and other restrictions in Kashmir. One of these features is the absence – in court – of the government's orders that constitute the basis for the restrictions (whether under the Telecom Suspension Rules or Section 144 of the CrPC). As we discussed, one of the...

In a previous post, we discussed one of the peculiar features of the ongoing litigation regarding the communications shut-down and other restrictions in Kashmir. One of these features is the absence – in court – of the government's orders that constitute the basis for the restrictions (whether under the Telecom Suspension Rules or Section 144 of the CrPC). As we discussed, one of the basic requirements for a restriction upon fundamental rights is the existence of a law, and its publication (i.e., the law being made available to the citizens whose freedoms it seeks to restrict). There can be no restriction of fundamental rights in the absence of law, or on the basis of secret laws.

In the hearing of 16th October, this question was (finally) put to the State by the Supreme Court Justices. It is reported that Solicitor-General Tushar Mehta stated that he had no objection to showing the orders to the Court, but considerations of national security may require him to withhold them from the petitioners – and that the petitioners had no "right" to claim access to the orders. Accordingly, the Court's Order records that if the Solicitor-General wants to claim "privilege" over the orders, then the Court "requests him to file an affidavit indicating the reasons for claiming such privilege."

While we wait for the government's affidavit, it is important to note that what is at stake here is a creeping expansion of the "sealed cover", which we have seen so often in recent times. It is also important to note that it is entirely unjustifiable: executive orders – passed under cover of law – restricting rights of citizens are not and cannot be subject to legal privilege, or submitted to the Court in a sealed cover.

At one level, it is questionable whether a legal order revealed only to the Court, and hidden from citizen, counts as "publication" in the relevant sense. But there is a more basic reason why this is unconstitutional. If I – as a citizen – do not have access to the legal order that purports to restrict my rights, I have no effective way of challenging it in Court and demonstrating it to be unconstitutional. I cannot show that it is disproportionate and fails the reasonableness standard under Article 19(2). What this means, in turn, is that effectively, that I have no remedy to enforce my fundamental rights. And a right without a remedy is, of course meaningless.

Effectively, therefore, denying the order on the basis of which rights are infringed amounts to a suspension of the rights themselves. As explained in a previous post, this can only be done – and that too, partially – through a formal declaration of Emergency; in other words, the government's arguments are entirely based upon the logic of an Emergency, without the courtesy of a formal declaration of Emergency.

It is important to remember the last time the contrary argument was made. The last time it was made – unsurprisingly – was in ADM Jabalpur. There, the argument made on behalf of the detenus was that the suspension of the right to move the Court to enforce habeas corpus amounted to the denudation of Article 21 itself. To this, the Court said that the mere fact that you could not move the Court did not mean that the rights ceased to exist – it just meant that you had no way of enforcing them. But if ADM Jablpur has been buried "ten fathoms deep" by Puttaswamy, then surely there is no remaining scope for the Government, in 2019, to make this argument.

Consequently, therefore, no "affidavit" can justify keeping the communications suspension and S. 144 orders secret, and there is no justification for handing them over to the Court in a "sealed cover". They must be made disclosed, and not only to the petitioners, but to the general public, so that affected parties are in a position to seek remedies before the courts of law. Any other outcome would only amount to a justification of the logic of Emergency.

(Author is a practicing Lawyer in Delhi)