How Abrogation Of Special Status Has Weakened The RTI Regime Of J&K? 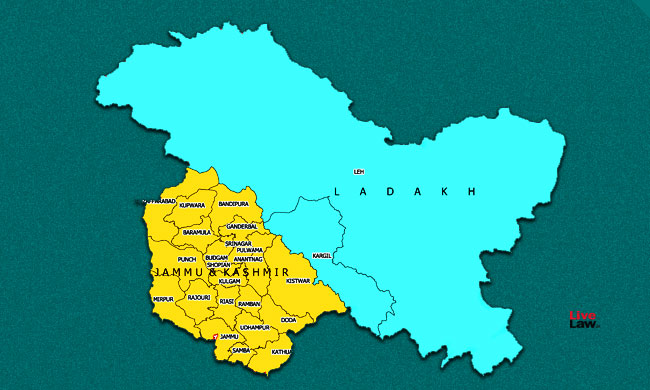 x
Repeal Of J&K RTI Act has disempowered the people.

Post the abrogation of J&K special status, the Centre has started implementing around 150 central laws that are made applicable to J&K. This includes Right to Information Act 2005 (RTI Act 2005) which was earlier not applicable to public authorities of J&K. RTI Act 2005 was only applicable to central Government organizations operating in J&K until October 31st 2019 ....

Post the abrogation of J&K special status, the Centre has started implementing around 150 central laws that are made applicable to J&K. This includes Right to Information Act 2005 (RTI Act 2005) which was earlier not applicable to public authorities of J&K. RTI Act 2005 was only applicable to central Government organizations operating in J&K until October 31st 2019 . Jammu & Kashmir state (now Union Territory) including Ladakh were governed by J&K RTI Act 2009 until this law became null and void post article 370 abrogation. Interestingly there are around 166 J&K laws that are still in operation as they have been protected under J&K Reorganization Act 2019.

J&K Government vide order No: 112-JK (GAD) of 2019 dated 28.11.2019 had constituted a committee headed by Administrative Secretary General Administration Department (GAD) which was supposed to examine whether J&K state will come under the purview of Central Information Commission (CIC) or a separate Information was to be constituted for Union Territory of J&K ? The committee was supposed to examine whether the officers designated as First Appellate Authorities (FAA's) and Public Information Officers (PIO's) under the repealed J&K RTI Act 2009 would be re-designated as FAA's & Central PIO (CPIOs). As per media reports the committee has submitted its report recently and have finally recommended applicability of Central RTI Act 2005 in J&K which means aggrieved RTI appellants will have to file appeals or complaints before Central Information Commission (CIC) New Delhi. It is now going to take them months and years for appeal or complaint disposal in CIC.

As already mention above under the JK Reorganization Act 2019 around 166 laws of Jammu & Kashmir have been protected. For more details readers need to go through table 4 part II of this act. Some of the protected laws include J&K Public Services Guarantee Act 2011 , J&K Public Men and Public Servants Declaration of Assets and Other Provisions Act, 1983, J&K Public Safety Act (PSA) 1978 , J&K Migrant Immovable Property (prevention, preservation and restrain on distress sales) Act 1997, JK Commission for Backward Classes Act 1997, JK Enemy Agents Ordinance , JK Land Grants Act 1972, JK Land Revenue (Amended) Act 1996 and many more. J&K RTI Act 2009 could also have been protected, but some BJP leaders who were not well versed with J&K RTI Act 2009 had created a wrong notion for last many years about RTI Act not being applicable in J&K and thus our robust RTI law became a causality of this misinformation campaign.

People from North to South and East to West of country were made to believe that residents in J&K had no access to RTI Act which is not at all true. As I have mentioned in my several articles in past, J&K state (now UT) had the best RTI law which was enacted on March 20th 2009 (J&K RTI Act 2009) by Omar Abdullah lead National Conference Government. This law had some great provisions like time bound disposal of appeals by Information Commissioners and powers given to First Appellate Authority (FAA) to recommend an erring officer (PIO) for penalty. These two provisions are not found in the Central RTI Act 2005. In-fact Mr Wajahat Habibullah the first Central Chief Information Commissioner (CIC) had recommended these changes in J&K RTI Act 2009. Commonwealth Human Rights Initiative (CHRI) , J&K RTI Movement were in constant touch with J&K's Chief Minister and other bureaucrats while the draft bill was being prepared. The draft bill was then made public as well for public comments. This was done in a very democratic manner with full public participation.

For information of readers J&K had enacted RTI law for the first time in 2004 also known as JK RTI Act 2004. This was the time when there was no such law at national level. For appellants and other aggrieved persons it takes years to get final orders from the Central Information Commission (CIC) or State Information Commissions of other states but in case of J&K the appeal was to be disposed off within 2 to 4 months only. I am unable to understand why didn't J&K RTI Act 2009 which was such a beautiful law didn't get a similar protection as in case of 166 other state laws ? This clearly indicates that intentions of Government of India were not sincere at all while they revoked article 370. Government of India claims that people of J&K will get empowered by the central laws as article 370 was an impediment in J&K's development. As a campaigner of Right to Information Act, I believe that people of J&K will have to go through an ordeal when it comes to seeking justice under Central RTI Act of 2005.

On contrary to this the Central law namely Right to Fair Compensation & Transparency under Land Acquisition Rehabilitation and Resettlement Act (RFCTLARR Act 2013) which intends to give some relief to people especially farmers whose land is acquired for mega developmental projects is not made applicable vis a vis ongoing projects especially the projects wherein no final award have been made or compensation is yet to be disbursed. The farmers whose land is to be acquired for Ring Road projects in Srinagar and Jammu are told that compensation would be paid to them under J&K Land Acquisition Act 1934 (now repealed) while as RFCTLARR Act 2013 is applicable in J&K from Oct 31st 2019. This law enables fair compensation for acquired land 2 to 4 times more than the market value of land while as J&K's law had no such provision. Pertinently the RFCTLARR Act 2013 clearly says that if the process of land acquisition has been undertaken under old land acquisition law of 1894 but the final award hasn't been made and in that case new law (RFCTLARR 2013) will be applicable to them. In Ring Road case process of land acquisition started under JK Land Acquisition Act 1934 in 2016, final award is not made in 50 to 60 % of cases in Jammu and Srinagar, now farmers are told that whole process will be concluded under old and obsolete law. Why this discrepancy ? This is complete injustice with the affected people ? Had Govt been really sincere they would have issued new notification under central land acquisition law (RFCTLARR 2013) so that affected farmers could have been benefitted. Another case pertains to affected farmers of Karewa Damodar near Srinagar airport where 500 hectares of land is acquired from local residents. The process for land acquisition began under Requisitioning and Acquisition of Immovable Properties Act 1968 (RAIP Act) in the year 2011 , but till date the final payment is yet to be disbursed and inspite of the fact that RAIP Act 1968 has been repealed , the farmers are forced to take payment under old law .

As I mentioned in the beginning the Union Territories don't have power to establish a separate State Information Commission (SIC). Pondicherry case I have already discussed. The RTI appellants or complainants from far off places like Kargil , Zanskar (in Ladakh) , Kupwara , Kishtwar or Gurez in Kashmir will have to file 2nd appeals and complaints under RTI Act 2005 against their local Government officers like Block Development Officers (BDOs) or Tehsildar's in Central Information Commission (CIC). The hearings through video conferencing is not possible and the aggrieved will have to appear for hearings in New Delhi. Importantly there is very less access to internet in remote areas of J&K and from last 5 months the internet is completely blocked. J&K Law Commission had recommended for constitution of State Information Commission (SIC) but it seems the recent report of Secretary GAD lead committee has sidelined JK's Law Commission's recommendations.

The preamble of the RTI Act 2005 says that the citizens shall have the right to secure access to the information under the control of the public authorities, to promote transparency of information which are vital in the functioning of the public authorities, to contain corruption, to hold Governments accountable. In case of J&K and Ladakh we cannot achieve these targets under RTI Act 2005. The reason is sudden drop in filing of RTI applications. People are confused. I get calls almost every-day. People tell me that Govt officials are demoralizing them by saying RTI Act has been repealed. Information is being denied and there are no institutions in state where appeals could be filed. Very less people would knock doors of Central Information Commission (CIC) New Delhi. This is nothing but disempowerment of people. Recently I got a call from one Ajay Kumar a doctorate in Earth Sciences and a resident of Rajouri district in Jammu. His name didn't figure in selection list of Assistant Professor Geography (Higher Education Department). He had applied under a reserved quota but somebody else was selected. From last 3 months he wants to know the facts using RTI Act. He is being denied information under Central RTI Act 2005 by JK Public Service Commission (JKPSC). The officials in PSC tell him , RTI is not applicable to them ? "Go and do whatever you can ". Instead of ensuring transparency in governance through RTI , people of Jammu & Kashmir including Ladakh feel they have been disempowered by repealing of J&K RTI Act 2009 which has enhanced corrupt practices in Government offices. 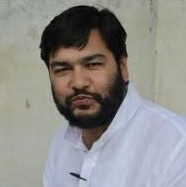 (Dr Raja Muzaffar Bhat is an Acumen fellow and Founder of J&K RTI Movement. Muzaffar writes on issues of governance and development from last 12 years. His articles are carried in national and local English dailies of J&K on regular basis.)