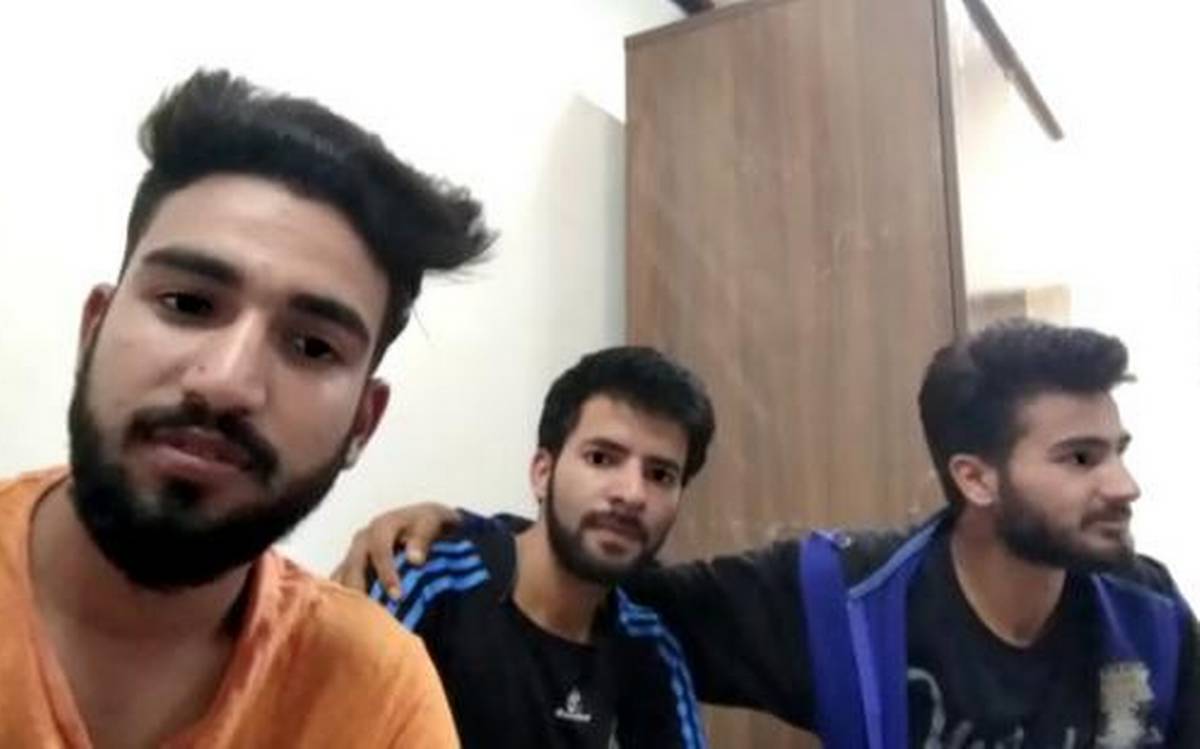 On February 15th, the Hubli Bar Association in coastal Karnataka passed a resolution dictating that none of its lawyers would appear for the three Kashmiri students accused of Sedition and arrested for allegedly raising "Pakistan Zindabad" slogans. The three accused are students of Engineering in a city college and were arrested on Sunday. They have been sent to judicial custody till...

On February 15th, the Hubli Bar Association in coastal Karnataka passed a resolution  dictating that none of its lawyers would appear for the three Kashmiri students accused of Sedition and arrested for allegedly raising "Pakistan Zindabad" slogans. The three accused are students of Engineering in a city college and were arrested on Sunday. They have been sent to judicial custody till March 2.

According to Guru F Hiremath, the General Secretary of the Bar Association, "The resolution was passed unanimously by all the members present." The association has around 1600 members and as per the resolution, the accused have indulged in anti-national activities. It was thus decided that no advocate would appear for them. This, however, isn't the first time when a Bar Association has passed such an illegal and unconstitutional resolution. In 2008, the bar associations of at least five states passed official or unofficial resolutions that banned their members from representing those (mainly Muslims) charged with terror activities.

Recently, the Mysuru Bar Association had also passed a similar resolution, asking all its members not to appear for an accused charged of Sedition, for holding a "Free Kashmir" placard during a protest. Thankfully, around 170 advocates from across the state filed the vakalatnama for the accused and she was eventually granted anticipatory bail by the sessions court. In the case  at hand as well, at least 24 lawyers have challenged the resolution in the Karnataka High Court. The matter will now be taken up for hearing on Thursday, February 20.

However, something sets the Hubli Bar Association apart from the others. It is perhaps the only Bar Association in the country to have an official record of obstructing the process of justice by passing illegal and completely unprofessional resolutions like this more than once. In 2008, the association passed a resolution vowing not to defend anyone accused of terrorism. When a local lawyer named Ibrahim Jalagir defied the diktat of the association and tried to file a bail application on behalf of one the accused of the bomb blast, his office was vandalised and he and his colleague were badly beaten up by workers of Hindutva organisations. Thankfully, Jalagir did not buckle under pressure of the bar associations as well as right wing forces. As a result, all of his clients (17 in all) were acquitted seven years later in 2015 , of the charge of having links with terror organisations and waging a war against the country. Had he not risked defending these accused by upholding the basic doctrine of the criminal justice system — innocent until proven guilty, they would have ended up being languishing in jail for no crime of theirs.

What is worrisome is that these instances of thwarting the process of justice are not limited to some far removed/obscure district and sessions courts. They seem to have crept up in the national capital as well. Though no such resolution has been passed in Delhi, the attack on the then student leader Kanhaiya Kumar in February 2016 inside the Patiala House Court complex by lawyers indicates that things are not as good as they seem. In what seems to be a repeat of 2016, a section of lawyers at the Patiala House court had plans of protesting against JNU research scholar Sharjeel Imam last month when he was supposed to be produced in the court. This was evidently visible in their placards that read, "Desh ke gaddaron ko, Jail mein dalo saron ko. Bharat Mata ki Jai" (Put all the traitors of jail, Hail Bharat Mata !)

It has been observed that if the case is related to Muslims, especially Kashmiri Muslims, it becomes very convenient to target the lawyer now matter how big or eminent s/he be. Quite recently, senior lawyer Rajeev Dhavan was abused, harassed and attacked on account of being the lead counsel from the Muslim side in the Babri Masjid-Ram Janmabhoomi dispute case. He even had excreta thrown outside his home. "I have received death threats, curses, around 2,000 letters full of abuses. Excreta was thrown outside my residence," Dhawan told India Today , adding that he was once nearly attacked in the Supreme Court by a member of the Sangh Parivar. Similarly, in 2003 when Ram Jethmalani decided to defend the then Parliament attack case accused Prof. SAR Geelani, his office was vandalized in Mumbai by the Shiv Sena. Geelani was later acquitted by the Delhi High Court.

In all likelihood, the Karnataka High Court will hear the case in a positive manner and the accused will be eventually acquitted of the charges that they are accused of. However, the issue that needs our urgent attention, and the attention of both the bar and the bench is how long, and how many times, will such illegal and unconstitutional instances be repeated. It needs to dealt with for once and all.

(Mahtab Alam is a Delhi based multilingual journalist. He writes on issues related to politics, law, media, human rights and tweets @MahtabNama. )