ICLU And Law Students Work Together For Migrants 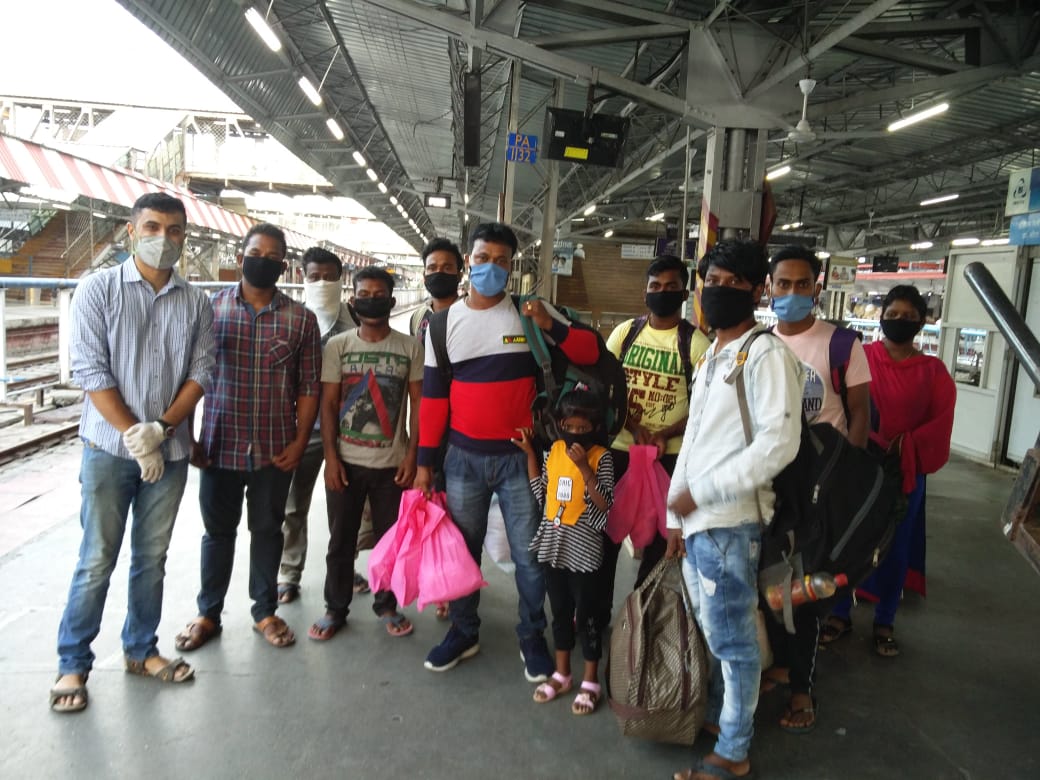 According to the census of 2011, there are 454 million migrants. The Economic Survey shows that migration within India continued to swell manifold and on average, migration within states is around four times that across states. When the pandemic engulfed the world, and a nationwide lockdown was put in place, the announcement of the deferral of interstate transportation...

According to the census of 2011, there are 454 million migrants. The Economic Survey shows that migration within India continued to swell manifold and on average, migration within states is around four times that across states. When the pandemic engulfed the world, and a nationwide lockdown was put in place, the announcement of the deferral of interstate transportation and inter-district transportation came as shock to the migrant population who had left their homes in search of decent livelihood without the means to feed themselves and their families, sparking an unprecedented crisis as migrant laborers struggled to cope with the 'new normal'.

But in every crisis there is a chance for communities to come together, whether its ordering essentials for elderly neighbors, handing out food packets to those who cannot afford or what Indian Civil Liberties Union (ICLU), Gujarat National Law University (GNLU) and Ram Manohar Lohiya National Law University (RMLNLU) did – working together and setting an example of compassion, understanding, and altruism – sending thousands of migrants home, so that everyone can stay home, stay safe and stay healthy with their families.

"What we are going to do may not well be a mandate of civil liberties but this situation is unprecedented," remarked Anas Tanwir, founder of ICLU. In a matter of hours, ICLU manoeuvred its helpline for people to call them and inform them about their current situation and location so that they could be sent home. The first call was on the 4th June 2020, from Begusarai, Bihar where Anil was stuck without the means to go home. Jatin Lalit Singh, the student coordinator for ICLU says that it was difficult to make him believe he could reach home for free. "We checked for Shramik trains but there weren't any and no status regarding their future schedule as well so we registered Anil on the Delhi government website for migrants and coordinated and arranged a seat in the bus for him."

Food and water were provided free of charge, to those who have always returned home bearing gifts to their families. Shaoni, volunteer, ICLU says a migrant who had reached home safely, called her, and was "laughing, almost weeping in gratitude and told me that after two months of no means to go home, he had given up hope." A sentiment echoed by Arpita who adds, that while talking to a man who reached Pune safely she was touched by the warmth of the combined teams, "and looked up to the team for the kind of work that we pulled off within such a small time.

Disha, the coordinator from GNLU shares; "It was beautiful to see so many like-minded law students come together and work efficiently. She also believes that the safe homecoming of our people is just one side of the issue and there is a need for continued support. Kratika, from RMLNLU, is elated that this coming together has been able to make some difference.

The testimonies of the students and the calls we received from the migrants who reached home safely bring to the forefront the question of the invisibility of internal migration that has not been acknowledged till the COVID-19 induced shut down of factories,

"From Maharashtra to Madhya Pradesh to Gujarat to Jharkhand, I have managed to contact and resolve the distress calls of these migrants concerning their travel, shortage of food and ensuring that they get their seats in Shramik trains. The happiness of seeing them leaving for their homes, to their families with the hope of a new future, overwhelms my heart with joy.

" A sentiment is echoed by most of the law students who volunteered to help us with running our helpline and coordinating the relief work, "we strive to achieve in our lives, standing up for and with the needy and protecting their rights to the utmost level, said Nupur"

Shivansh, volunteer, ICLU put all his internships aside to help fellow humans and made it his priority, "I didn't even think twice about it, but people were asking why are you doing it? Are you in some Internship with them? Are you getting a certificate? And I thought that's how cruel and selfish the world has become, they just cannot fathom that how can someone do something just the cause without any incentives!" Tabish, a fellow volunteer adds, "The level of self-satisfaction that I got after seeing these people board buses is something that cannot be explained in words." A similar sentiment is shared by Ayudh, who says the hard work of the teams left him with a humbling experience, "Such acts make you understand the kindness and generosity of the work that ICLU and associated institutions do. It makes you understand the importance of humanity and how we all can contribute to it"

"As volunteers of ICLU organization we spent hours listening to people in distress, coaxing government officials to send relief, and I thank ICLU for making me understand the meaning of "We the People," wrote Nandan in an emotional note. An excited "Starting as a team, We started calling into random digits, listening distress of the unheard and who have already had their part of fake assurances facing direct plight in this tussle between policies and pandemic, and I have so many stories in between that now in the column of accomplishments on my CV, sending them to hope trumps all the other personal achievements."

Migrants are one of the most important factors in running the economy. All appeals of making them stay in their place met with little success, worsening the humanitarian crisis, and therefore in this regard coordination between ICLU, RMNLU and GNLU became necessary and we as a team have been receiving love, blessings of those who built our homes, cities and the nation.

The scale of the crisis is unprecedented. The government, law enforcement agencies, and civil society have for long let down this section of Indians who have been termed as the "builders of our booming economy." It is time we provide them fair, equitable, humane treatment. A small step in this direction has been taken by ICLU, GNLU, and RMLNU and we hope that others follow suit in protecting the human rights and well being of all migrants including men, women, and children.