If You Fight Corruption, Government Will Fight You! 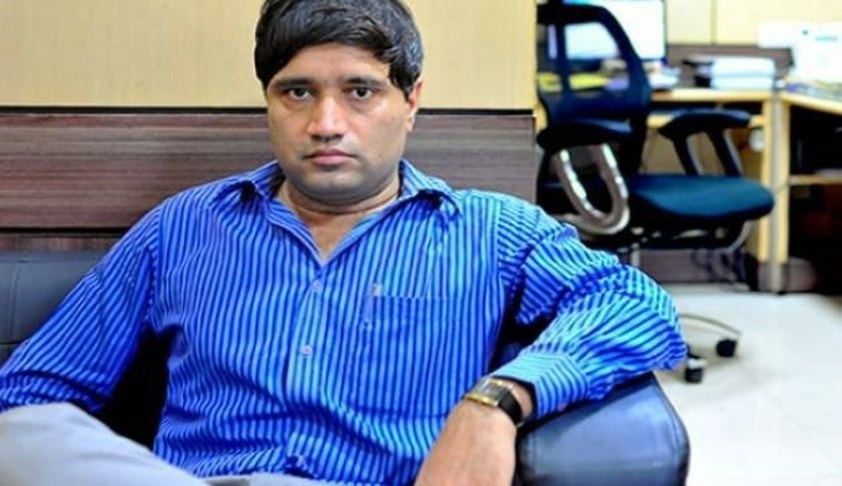 x
From the example of Sanjiv Chaturvedi IFS

The Supreme Court has recently admonished the Government for being vindictive against an officer Sanjiv Chaturvedi. A minister in Union Government assessed Mr Sanjiv Chaturvedi, an IFS officer, who won Raman Magasaysay Award for boldly exposing the corruption in public office at higher levels, as 'zero" though he was rated as excellent consecutively for five preceding years and after 2015-16....

The Supreme Court has recently admonished the Government for being vindictive against an officer Sanjiv Chaturvedi. A minister in Union Government assessed Mr Sanjiv Chaturvedi, an IFS officer, who won Raman Magasaysay Award for boldly exposing the corruption in public office at higher levels, as 'zero" though he was rated as excellent consecutively for five preceding years and after 2015-16. A zero can cause serious problems for an officer in his career and block his progression. Its his right to serve as an officer. Thus, he is compelled to move Tribunals and judicial institutions for routine promotions and postings. Even if he won up to High Court level, the Government is taking him to Supreme Court.

How honest and sincere officers can defend themselves from victimizing Governments and fight in the courts of law where the access to justice is time-consuming and involves huge cost? Such officers are even denied the copies of general reports and documents which help proving a point of contention. He filed several RTI applications, which were also refused. Even after securing a disclosure order in one case, the Government challenged it under Articles 226 and 227 of the Constitution. Whether Constitutional remedies are not available to sincere officers and ordinary citizens while they are being effectively used against them by the mighty governments? All the attorneys and solicitor generals of the Government will fight these small and middle-class employees with the public money, while they should spend from their hard-earned salary.

Thanks to the Supreme Court for  to the rescue of this officer, who was being victimized by both the Governments under UPA and NDA. Mr Sanjiv Chaturvedi has won yet another legal battle, among many he is drawn into. As CVO AIIMS he exposed several scams beween 2012 and 2016. It was his duty as a Chief Vigilance Officer but officers and authorities in retaliation tried to spoil his career by giving lowest grade in his annual appraisal reports.

The officer narrated his plight in several of his petitions. He said that in 2015-16 he was zero-rated with the approval of the AIIMS director and the Union Health Minister, J. P. Nadda. Even as an ordinary Member of Parliament, Mr Nadda asked for his removal from the anti-corruption division and wanted to stall all graft probes he was conducting. Till 2016, he had been graded as outstanding for five consecutive years andcommended on record by the health minister and health secretary for his work.This zero-rating included assessing and rating him zero for 'wildlife investigations' even though he was posted as the vigilance officer at AIIMS and not in charge of any area concerning forestry and wildlife. Meanwhile, he was repatriated to serve in Uttarakhand state government. A zero rating in any annual appraisal leads to long-term damaging impacts on the career of a government officer.

Chaturvedi challenged this bad appraisal before the Uttarakhand High Courtin June 2017, where the Chief Justice K M Joseph sent back the case to Tribunal.The tribunal is where most of the personnel-related issues of central government officers are first heard. Officers are required to file plea before the bench of the tribunal where he or she is currently serving – in this case Uttarakhand. Chaturvedi accordingly approached the Nainital division bench of Central administrative Tribunal questioning the adverse entries in his annual performance appraisal reports. The Nainital Bench of CAT granted interim relief to Chaturvedi in September 2017. It said: "It is directed that if any matter related to the career progression of the applicant comes up for consideration before the terms of the impugned orders shall not be taken into account." The matter should have ended with this. But the Government wants to fight him out. When he was out of the country as permitted by the government on a tour, the Government along with AIIMS approached the principal bench of the tribunal asking for case to be heard in Delhi. The Centre filed a transfer petition before chairman of CAT at New Delhi in December 2017 to move the case from Nainital to the Principal Bench at Delhi. On July 27, 2018, the chairman of CAT, acting as a single bench, and proceedings of Nainital Circuit Bench of Tribunal were to be stayed.

Chaturvedi challenged the CAT order before Uttarakhand High Court, which held that CAT chairman was first among equals and could not stay the proceedings of a larger bench. It said, "the order passed by the Chairman (of CAT) while sitting singly is whole without jurisdiction. The attitude of the respondents towards petitioner, prima facie, is vindictive. the respondent in the case was the Union government". The HC Chief Justice also and noted that the very grounds on which the stay was granted by him was incorrect as all the three cases were totally different. The Uttarakhand HC imposed costs of Rs 25000 on the state for witch-hunting the officer.

The Government and AIIMS should have honoured the directive and rendered the justice. Instead, it brought appeal to Supreme Court. In October 2018 filed petition to quash the High Court judgement, claiming that the high court had not even heard its side of the story while passing the judgement and the CAT chairperson was right in staying the Nainital tribunal orders. The SC Bench of Justices R. Banumathi and Indira Banerjee on 1st February 2019, has upheld the Uttarakhand High Court's decision to set aside the CAT order to stay proceedings, saying "the Chairman (of CAT), like the Chief Justice of the Higher Courts or the Chief Judge of subordinate courts, may be higher in order of protocol and may have additional administrative duties and responsibilities. However, the Chairman, acting judicially, is equal to any other Member."The Supreme Court also clarified that "the chairman, being one amongst equals, could not have stayed proceedings pending before a larger bench" and said it found "no grounds to interfere with the reasoning of the high court."It also confirmed that "the high court rightly allowed the writ petition with costs."

(The author is a former Central Information Commissioner and Professor, Bennett University. The author can be reached at [email protected] Views are personal)