Transitional Provision: A Light On Hit-And-Run Mechanism Under The GST Law 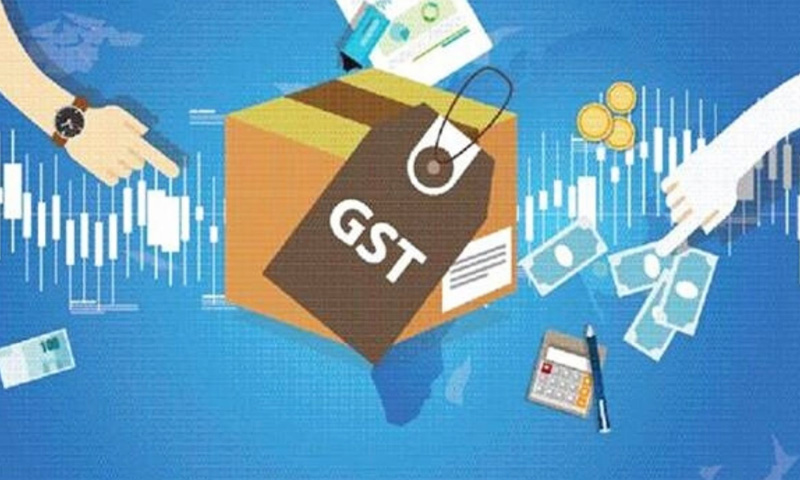 Indirect Tax regime witnessed a paradigm shift with the Goods and Services Tax Act, 2017 (hereinafter referred to as the 'GST Act' in short) coming into force w.e.f 01st July, 2017. What is officially known as the Constitution (One Hundred and First Amendment) Act, 2016, the GST Act, conferred concurrent taxing power on the Union as well as the State Government including Union...

Indirect Tax regime witnessed a paradigm shift with the Goods and Services Tax Act, 2017 (hereinafter referred to as the 'GST Act' in short) coming into force w.e.f 01st July, 2017. What is officially known as the Constitution (One Hundred and First Amendment) Act, 2016, the GST Act, conferred concurrent taxing power on the Union as well as the State Government including Union Territory with legislature to make laws for levying tax on every transaction of supply of goods or services or both.

The GST Act sought to subsume various Central as well as State indirect tax legislations, which seems nothing but a farrago of levies imposed at different echelons. Removal of 'cascading tax effect' has always been a complex assignment when it comes to indirect tax legislation and so has been for the GST Act also. Cascading effect in literal term is called tax on tax, which occurs when the goods or services or both are taxed on every stage of production and continues till it reaches the final consumer. It means each succeeding transfer being taxed is inclusive of tax charged or levied on preceding stage.

The Indirect Taxation Enquiry Committee constituted in 1976 under L.K. Jha, recommended, inter-alia, implementation of input tax credit mechanism of value added tax at manufacturing level (MANVAT). In 1986, the recommendation of Jha committee was partially implemented which was called modified value added tax (MODVAT). Input tax credit, in principal means reducing the tax liability, at the time of sale by claiming credit of the tax to the extent it was paid at the time of purchase. However, at the inception it was limited to the selected inputs and manufactured goods having one-to-one correlation between manufactured good and input.

The Tax Reform Committee, in the year 1991 was appointed which recommended the expansion of tax regime by bringing services under the ambit of taxation. As explained above the credit for manufacture was provided under the MODVAT and with introduction of Service Tax, credit was also allowed for those services which can be classified as input service required for final rendition of services. In the year 2000, the MODVAT was then replaced by a single and unified provision thereby allowing cross utilization of credit called as Central Value Added Tax (CENVAT). CENVAT, has been a pivotal concept under the erstwhile indirect tax regime and has been fruitful, in removing the cascading effect to a great extent. It has served as a beneficial piece of legislation by amplifying its scope thereby allowing the credit of service, input goods and capital goods to be used for payment of central excise and service tax. So far as indirect tax legislation at the level of State is concerned, introduction of VAT has removed the cascading effect by giving set-off for tax paid on inputs as well as tax paid on previous purchases and has again been an improvement over the previous sales tax regime. Both CENVAT as well as VAT however, still struggle on coadunation dearth. There still are certain taxes at state level such as Entertainment Tax, Luxury Tax which are not subsumed under the VAT and therefore, VAT could not be utilized for payment of these taxes.

As India moved towards the value added tax both at centre as well as state level, a formidable task of integration of Centre VAT and State Vat was still buoyant mirage. As an inevitable consequence of reform process, the Government fathomed the conundrum of integrating the Centre VAT and State Vat and finally came out with what can be said to be a biggest fiscal reform in the Country i.e., the GST Act.

GST Act, came to be implement with an object inter-alia, to annihilate the cascading effect and lower down the burden of tax on ultimate consumer. The GST had to be more au fait, when it comes to removing of cascading effect as it only would deal with the credit accruing under the GST i.e., input tax credit but would also provide for the credit already accrued under the erstwhile indirect tax however, not utilized i.e., transitional credit.

Implementation or replacement of new fiscal law from an older version has never been easy, as there exists impediments for transition from old law to new law and therefore, to cull out those impediments, law provides for transitional provisions. GST Act is no different so far as transition provision is concerned. Transitional arrangement for input tax credit is provided under section 140 of the GST Act, which initially read as under:

"(1) A registered person, other than a person opting to pay tax under section 10, shall be entitled to take, in his electronic credit ledger, the amount of CENVAT credit of eligible duties carried forward in the return relating to the period ending with the day immediately preceding the appointed day, furnished by him under the existing law within such time and in such manner as may be prescribed."

The provision was enacted in such a manner so as to claim the amount of input credit admissible in existing law as well as GST regime. The purpose of enacting transitional provisions was apparent, to remove the cascading effect which can be faced by the taxpayers, whilst taxpayers walking from the gate of old law and entering into new law. The manner for claiming transitional credit has been provided under Rule 117 of the CGST Rules, 2017, which further provides for time period of 90 days for filing form GSTR TRAN-1 for claiming input tax credit. Interesting to note is that the legislature made blunder in failing to provide legal empowerment under section 140 to prescribe for time limit. So rather than providing under the main provision it was provided under the delegated legislation.

Realizing the mistake, the government came with an amendment in the section 140(1) of the Central Goods and Services Tax Act, 2017 and inserted "within such time" w.e.f 01.07.2017, brought in force w.e.f. 18.05.2020. The amendment brought in force w.e.f 18.05.2020, clearly has a retrospective effect and the same came as result to judgment pronounced by various High Courts all throughout the Country accepting that the transitional credit is a vested right and the same cannot be taken away by stipulating time frame in Rules and time the prescribed therein is directory in nature and not mandatory. Therefore, claim of transitional credit is allowable even after the lapse of time notified.

Transitional arrangement provided under the GST Act, however has been a matter of debate since inception. Various Courts throughout the country has developed their own jurisprudence whilst providing relief to the taxpayer from the Government's hit and run method.

The matter came up before the Punjab and Haryana High Court, as Adfert Technologies Pvt. Ltd. v/s Union of India, wherein the Court deciding the matter in favour of the assessees, held the transitional credit admissible even after lapse of time. The controversy also saw the doors of Bombay High Court and the Court, laying new stone to concrete the controversy in the case of Nelco Ltd. v/s Union of India, held the transitional credit to be vested right of a assessee and the same cannot be taken away by prescribing time limit in the Rules. It was further held that the time period prescribed in rule is directory in nature and not mandatory. Similar view has been taken by the Delhi High Court in the case of Brand Equity Treaties Ltd. v/s Union of India, it has been held therein that the time prescribed under the Rule 117 of the CGST Rules, 2017, for filing claim of transitional credit in directory in nature and would not result in forfeiture of right.

The Government has brought in force the notification No.43/2020 Central Tax on 16.05.2020, which seeks to in force the amendment in Section 140 as introduced vide Finance Act, 2020. The actions of the Central Government shows that an attempt has been made to fill the lacunae in law and nullify the effect of orders passed by various High Courts. The actions on the part of Government, however, would hardly make any difference.

The retrospective amendment given to the section 140 of the Central Goods and Services Tax Act, 2017, would hardly make any difference, as even the amended provisions would not result in lapse of credit. The action of the Government in challenging the decision of the Delhi High Court, appears to be bereft of any logic. As on one hand the Government is introducing schemes like Sabka Vishwas Legacy Dispute Resolution Scheme ("SVLDRS"), to stimulate the liquidity in market, collect funds and resolve ongoing dispute pertaining to pre- GST regime and on the other hand by not allowing credit to the assessees, are giving rise to unwarranted litigation.

Views are personal.
(Author is a practicing Lawyer at the Rajasthan High Court, Jaipur Bench)